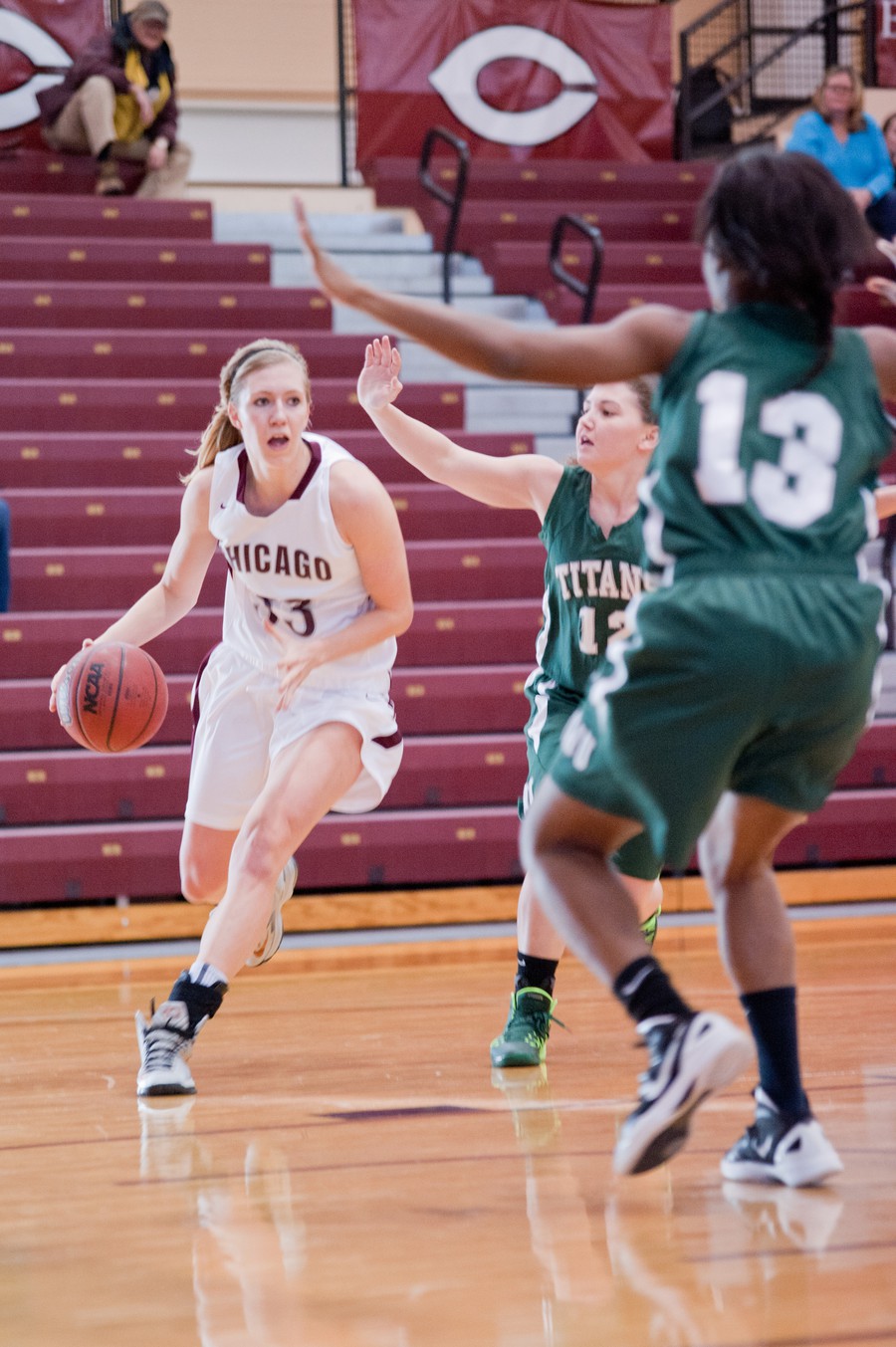 Halftime is an extremely valuable time in basketball. Coaches and players alike see it as a moment to mentally and physically replenish, reflect on their performances in the first half, determine how to exploit their opponents’ weaknesses, and steel their resolves for another half of action to decide the game. Indubitably, head coach Carissa Sain Knoche, in her second year in this role, will be looking at the midpoint of the women’s basketball season as an opportunity to instill the stamina, drive, and consistency her players will need to compete at the highest level.

The Maroons (6–6, UAA 0–1) began their season impressively with two wins against Rockford and Coe during their November home tip-off tournament, but then fell to No. 17 UW–Whitewater. Since then, they’ve had a number of close games against other top 25 teams, notably challenging No. 16 Wheaton and No. 24 Wisconsin–Stevens Point in close losses, but they will be gunning for a chance to upset a few teams in the upcoming weeks. With a tough but intriguing conference schedule coming up, they’ll get plenty of opportunities for such an upset.

“Against NYU and Brandeis, we will need to win the rebounding battle and get out in transition. It would be a huge boost to pick up two wins this weekend in order to get back on track for the rest of the conference season,” said third-year guard Morgan Donovan. “The most promising takeaway from this game is that with an improvement in consistency we will be able to beat any team on our schedule.”

Friday’s game against NYU will pit fourth-year guard Maggie Ely against a few of her former teammates—she transferred to Chicago following her second-year season with the Violets. However, winning the game and getting herself and her teammates to play at the highest possible level appear to be her primary objectives.

“I’m looking forward to getting back to our basic fundamentals; I think that this team works extremely hard, and I know that if we get back to connecting the little and controllable factors of our game, we’ll be a team who can make some noise throughout the UAA,” Ely said.

One aspect that’s remained constant throughout the season has been Chicago’s stellar offensive output, as noted by Sain Knoche. However, the former Carnegie Mellon standout noted that improvements on both sides of the ball will be important throughout the remainder of the season.

“We played tremendously hard, and while that’s an expectation in this program, it’s always great to see the fight in our kids. From an offensive standpoint, there were certainly some highlights for us: only 13 turnovers, 14 offensive rebounds, 82 percent from the FT line, taking 69 shots. We hope to improve on these statistics next week while cleaning up some the defensive statistics,” Sain Knoche said.

The Maroons tip off tonight against NYU at 6 p.m. in Ratner. They take on Brandeis on Sunday at 2 p.m.