A week at one of the country's nicest—and haughtiest—ski resorts. 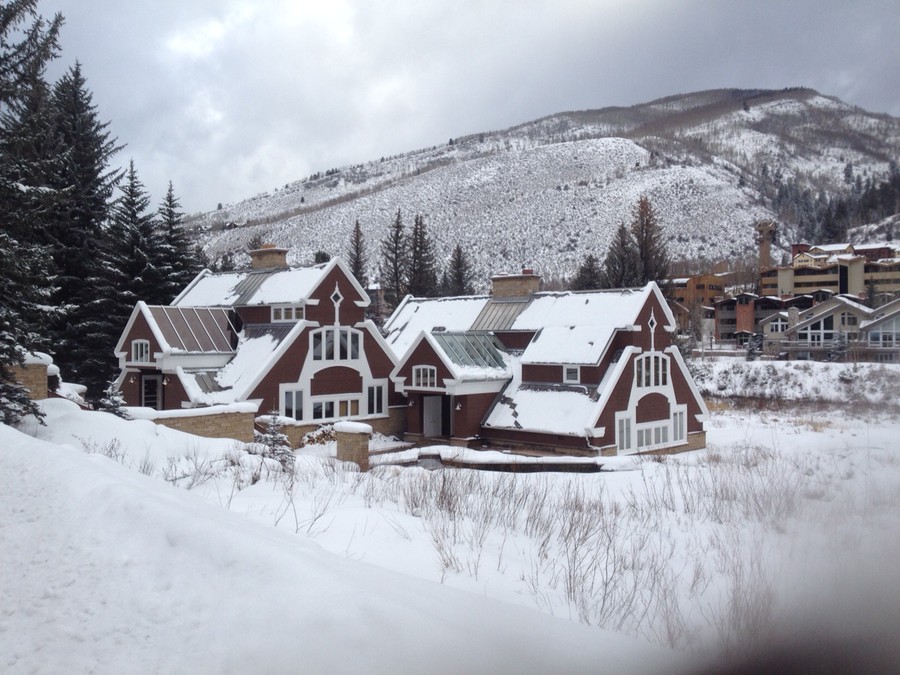 "The people in Vail were almost obliviously haughty in their wealth, but nevertheless made me want to be like them."

When my parents announced that we were going on a weeklong trip to Colorado the last week of winter break, I was only moderately excited. Even though I have been skiing since middle school and learned to snowboard three years ago, I never acquired the type of passion that would prompt me to ski from 9 a.m. to 4 p.m. every day for seven days. It’s an unglamorous, cyclical activity: Dress as a giant marshmallow, go up the mountain, and come down red-faced, with ski goggle imprints on your face. Furthermore, I in no way need my vacations to resemble a Bond movie; my ski trips do not typically include roaring fireplaces, horses cantering in slow motion through snow banks, and rustic, elegant restaurants in the French Alps.

I had no idea exactly where we were going until I saw the Yahoo! Travel description for Vail, Colorado on my mother’s laptop. It mentioned the many “pricey fashion boutiques and often painfully pretentious restaurants” that litter the town before it even mentioned the actual skiing. Excited and intrigued, I realized that I should either regretfully resign myself to not being cool enough for this town or get myself a mink coat so as to avoid looking like a total outcast. 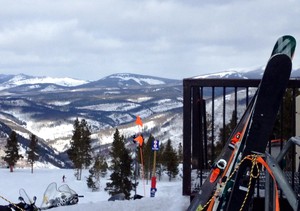 "Vail was beautiful; I had my snow-covered peaks, my restaurants with ever-attentive waiters, and my fireplaces, if not the horses."

The first day there, after a bus took us from our cabin to Vail, we walked to the mountain through a quaint town that looked like a cross between a Swiss hamlet plucked from the Alps and the place where Belle from Beauty and the Beast lives. Its heated streets muffled the dull thuds of women’s winter heels and their partners’ leather loafers. A covered, roomy gondola took us up to the top of a snow-covered peak, after which some members of our party stayed to eat duck in a restaurant on the slope, while I continued on my merry way, sliding on my ass, skis in tow, down the black diamond slope I thought I could conquer.

I noticed that the number of chain-smoking, 40-something Italian women sending their kids off to private ski lessons rivaled that of the raggedy, broke college kids back at Granite Peak in Wisconsin, where we usually ski. The people in Vail were almost obliviously haughty in their wealth, but nevertheless made me want to be like them. I both resented them and resented not truly being them, in a Regina George sort of way. Eventually, after seeing yet another bedazzled, dark-browed woman in a chinchilla coat with a Chanel purse, I felt almost nonexistent in my poofy winter jacket and with no makeup on my face. I wanted to scream, “I can look as elegant as you! I swear!” 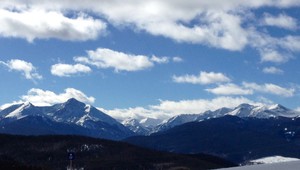 Vail was beautiful; I had my snow-covered peaks, my restaurants with ever-attentive waiters, and my fireplaces, if not the horses. But I didn’t feel like a Bond girl. It seemed that even if I brought all of my eau de parfums and 12-carat whatchamacallits, Vail would remain a repository, like Gatsby’s mansion was for Nick, for all of the golden, glitzy and glimmering things I could only pretend to be. With every blatant display of wealth, there was a sense that if I could only reach just a bit higher and look a little different, I could have it too. I could have that je ne sais quoi, that thing that makes you sit up straighter and look more mysterious, and know just how much to tip a valet and whether Cannes or Monaco was better in the spring. As I left Vail—unglamorously stuffed into a van with nine other people—I wondered how many of those people, to whose world I just didn’t belong, were in fact like Jay Gatsby, in need of something that wealth can’t provide.

Anya Marchenko is the blogger behind The Anyion. She is a first-year in the College.