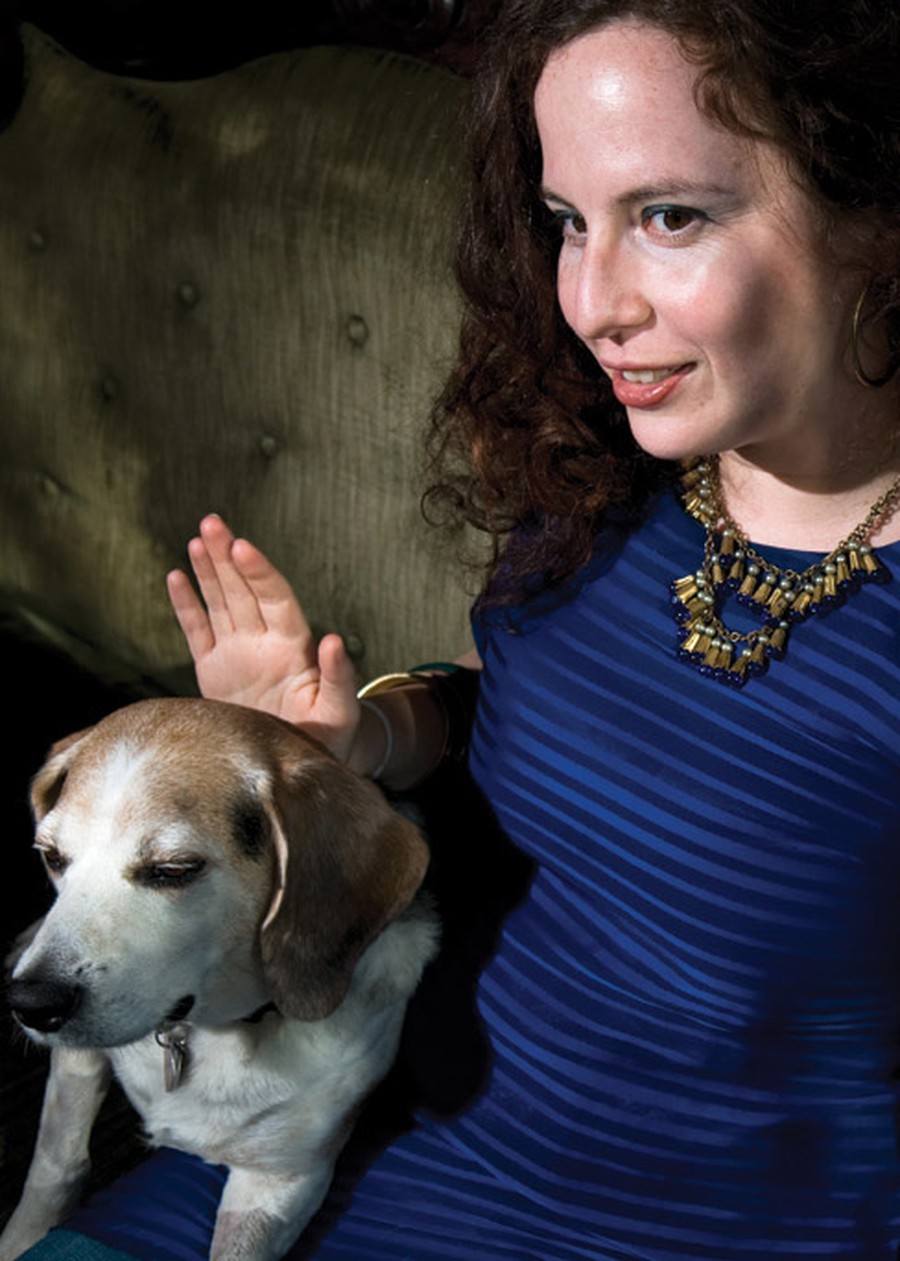 Dorothea Lasky’s Thunderbird arrived at my apartment several days after I ordered it, and a couple days after I expected it. The book, her latest book of poetry, published by Wave Books in 2012, is printed with a white cover, flecked with small bits of blue and brown pulp that were folded into the paper when the cover was made. When the book arrived at my apartment, the cover was white but the book was used, so it was scuffed with black, and the spine was worn down on the top. It was as if someone had hit the book upside down against a table to punctuate a sentence while saying something adamant. Maybe saying something like, “What a voice!” or, “She is incredible, like Sylvia Plath,” or, “The word death is used so many times in this book, it must be about the devil.” All of these things could be said.

Because the book got to me after I expected it to, I had already heard most of her poems when she read them last Thursday in a small Cobb classroom. Her voice is comedic, and less serious than the voice one uses to read poems in one’s head. She read “Why is it a Black Life.” “Why is it a black life/ Because nothing is permanent/ And everything goes on and on not meaning anything/ Because I am an animal/ And I will always be displaced/ Until I die/ Because I am human/ And it will be loneliness until the end/ Which will be more or less lonely/ Because until then I eat by myself.” When she read this poem, I was not caught off guard:  It did not begin to feel like I was reading my own old, sad, middle-school diary. Coming out of Lasky’s mouth, I was able to see this feeling of blackness in a new light, a self-deprecating light that did not make me want to wince and close the book, but made me want to laugh—to laugh with her as she did after she finished reading each poem.

Her poems are better coming out of her own mouth. The staccato lineation, when you read it, can be cloying and supersaturated, and it can be difficult to access, to peek into the world of the speaker. When read aloud, however, the line stops binding the ideas in tiny and potent packages, and the poems are one long conversation with your hilarious friend who has been inside for too long and hasn’t brushed her hair in forever and you are a little worried about her, but the conversation is too lush and too wild to stop her talking to tell her to go see someone or to just get over it, my goodness.

During the question and answer section of the reading, someone asked her what she was like in high school. “I was the Queen of the Nerds,” Lasky said. “I was in high school when everyone was wearing trench coats.” She wore one, too. To read the poems, to read them well, you have to read them thinking of this girl in a trench coat: Queen of the Nerds, who grew up a little more and started writing about the black life. As a reader, you have to read with Lasky’s voice in mind. It is a voice that is off-putting, like the black scuff on the white book I got in the mail several days too late, but it pulls you back in. In another poem, this one called “Death of the Polish Empire,” Lasky says, “The Polish empire is dead today/ My father died six weeks ago/ I have no real anything to speak of/ I am not a body anymore when you read this/ What am I then/ I am what I was made visible./ What am I then/ I am the word.” She is the word, and if she’ll read her words to me in her voice, I’ll listen.