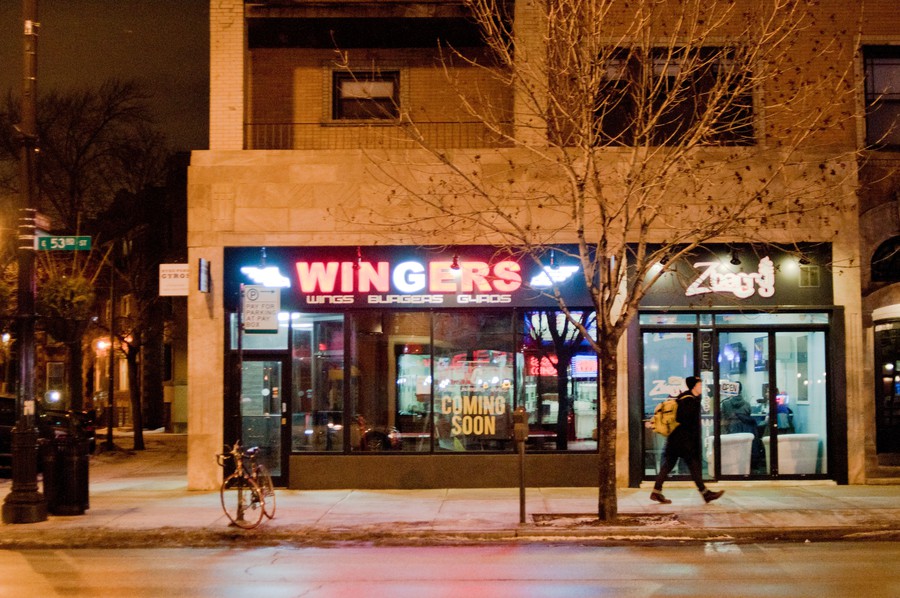 Greek and American fast food converge at Wingers, a new restaurant opening in Hyde Park on February 1. The restaurant will serve a variety of menu items, including wings, gyros, and burgers. Located at East 53rd Street and South Kenwood Avenue, Wingers is replacing the old Hyde Park Gyros restaurant, which closed last year when the old owners decided not to renew their lease.

Wingers features an all-new exterior and interior design, a result of a renovation project undertaken by the restaurant’s owner, Mike Alnatarneh, who owns several other restaurants in Chicago, including the Oasis Café and Shark’s Fish and Chips.

Alnatarneh, who has been in the restaurant business for a dozen years, attributed his motivation for opening a new restaurant in Hyde Park to the increasing visibility of 53rd Street.

“I see [Hyde Park] is becoming a great area. I see some high-rises are coming to Hyde Park too,” he said. “And there are all different kinds of people in Hyde Park—there are teenagers, students, workers, and neighbors.”

Peter Cassel, director of community development for MAC/Antheus Capital, which owns the building, described the opening of the new restaurant as a product of Hyde Park’s recent commercial growth and unconnected to the University’s larger project of renovating 53rd Street.

“[The University of Chicago and Wingers] are not related at all. I would say it’s the natural evolution of Hyde Park retail,” Cassel said. “Restaurants come and go, and new owners come in and leave.”

Alnatarneh said he chose to open a wings, burgers, and gyros restaurant because there are no other restaurants in Hyde Park that offer this variety of menu items. The restaurant will serve five types of burgers and different flavors of wings.