Maroon waves crash down on competition at Senior Day 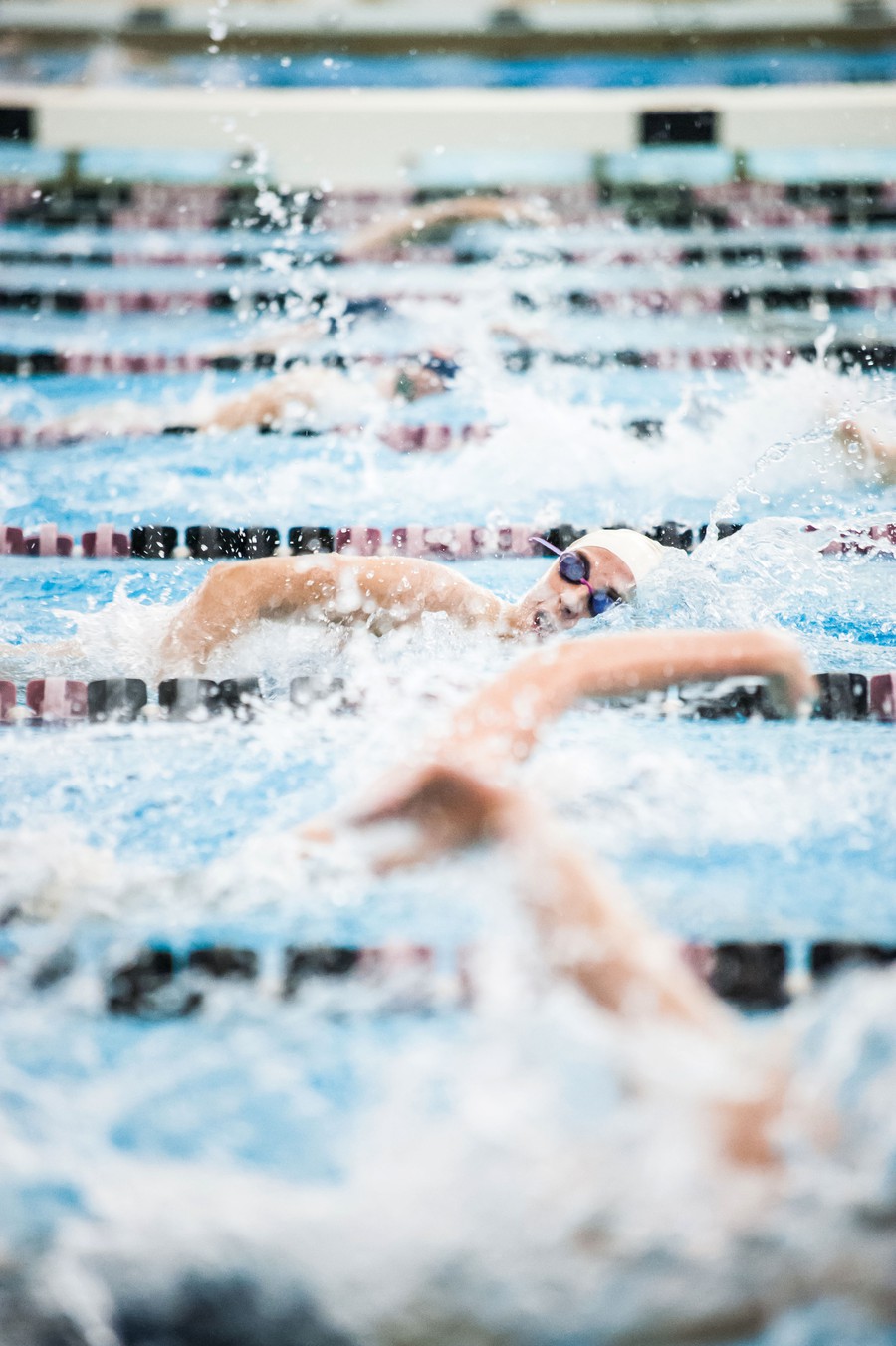 For many athletes, Senior Day is an event that evokes bittersweet emotions. Fortunately for the Maroons, this Senior Day in particular was filled with plenty of excitement and victories.

Each of the four seniors—Eugenia Chen, Vivian Yuen, Evan Bernard, and team captain Eric Hallman—has left a lasting legacy in the Maroon athletic community. Last season, Chen and Bernard were accorded the honor of being inducted to the UAA All-Academic Team, and Yuen qualified for the All-Academic and All-Conference Teams in the 200-yard backstroke. Hallman, in turn, was nominated for team co-captain for the 2013-2014 season. Collectively, their responsibility has been to establish a positive team dynamic for the younger athletes.

After the four seniors were recognized, the Maroons proceeded to dominate in the pool. The men’s squad handily defeated DePauw University 178–116 and overwhelmed Illinois Institute of Technology 251–41. Meanwhile, the women’s side also beat both DePauw 173–114 and IIT 241–14.

“I think we pulled off some really great times and scores this weekend, and DePauw is always a really strong competitor in DIII,” said third-year diver Kevin Steffes.

All three of the divers on the men’s team, third-years Matt Staab, Steffes, and Tony Restaino, earned NCAA provisional scores on the three-meter dive with scores of 330.90, 297.75, and 326.15, respectively

For the women, first-year Alison Wall helped carry the team by winning four events, the 100- and 200-yard backstroke, and as part of the 200-yard medley relay and 400-yard freestyle relay.

Third-year captain Sofia Gross came out on top in both the one- and three-meter dives with scores of 185.20 and 182.30, respectively.

The success from this weekend will provide necessary momentum for the next few weeks. As the season winds down to UAA Championships, the athletes’ level of focus and self-discipline will only increase.

“This [performance] is really great going into conference,” Steffes said. “The other teams will definitely be looking out for us in Atlanta.”

The Maroons will spend the next three weeks preparing for UAA Championships, which will be in Atlanta, Georgia from February 12–15.