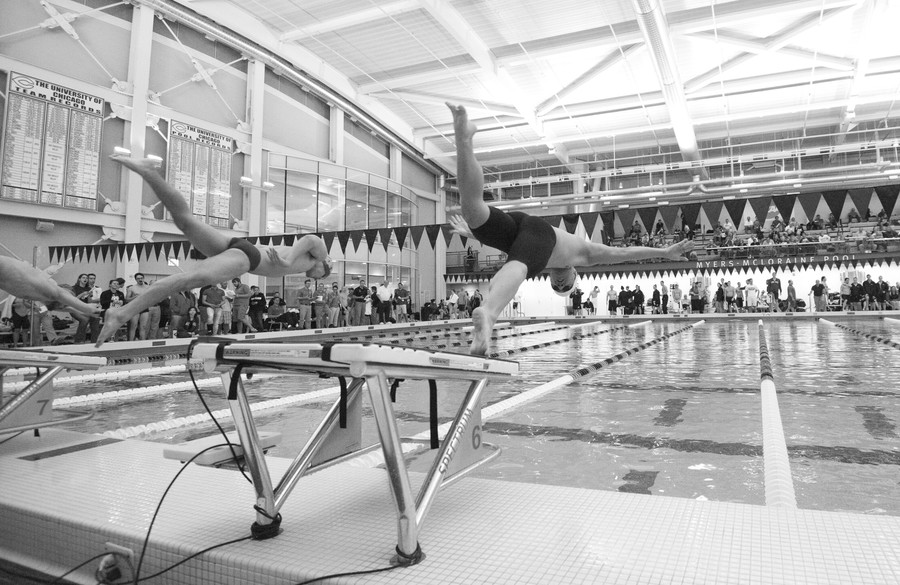 Seven-time gold medal-winning Olympic swimmer Mark Spitz once said, “If you fail to prepare, you’re prepared to fail.” Fortunately for them, the South Siders have been preparing intensely.

The team’s first week of winter break was spent in San Diego for seven days of grueling practice and conditioning. The athletes made it through this season’s toughest week of training.

First-year freestyler Maya Scheidl was excited and slightly nervous in anticipation of her first college training trip, but ultimately enjoyed the demanding exercises. “It was definitely the hardest week of training we have had this season, and each and every practice was a new challenge,” Scheidl said.

Though the swimmers weren’t able to do any long-course training, this did not deter them during their intensive workouts. Head coach Jason Weber was thrilled with his team’s discipline, believing it to be one of the best training trips they have had in several years.

“Overall, the team performed exceptionally well during the week and posted some impressive times in our relay meet versus DI San Diego State,” Weber said. “With the training from that trip, I believe we’re set up to perform very well the second half of the season.”

The training trip also provided the swimmers and divers with more than just the opportunity to improve their backstrokes; the time away from campus also gave them a chance to strengthen their team dynamics. Out of the pool, the athletes spent their time bonding with one another at team dinners and at the hotel.

“As a whole, we all left San Diego mentally and physically stronger and I felt even closer to my team,” Scheidl said. “Since we were all feeling sore and tired together, the tough training brought us closer together as a team.”

Now that the team is back on their home turf for practices, it is crucial that they maintain their focus and intensity.

Weber explained, “[The Chicago Invitational] will give everyone the opportunity to race again. We haven’t really had a competition since November since the San Diego State meet was more of a fun relay meet, so we’ll be able to work out any kinks from a long layoff from competition and be ready to go versus our two toughest dual meet opponents the following two weeks.”

Since this weekend’s invitational is the team’s last invite before conference, both their mental and physical approaches must be at peak caliber.

To break the monotony, this meet usually includes races the swimmers would not normally perform to give them a chance to step outside their comfort zones. The unfamiliar races will present a challenge, and likely leave the athletes sore and tired. In addition, they have only had one week of training after winter break to prepare for the meet. The athletes appreciate all these factors, and as a result, realize that sustaining team morale will be critical.

“All of this is still relatively new to me so I definitely look up to my teammates for support and guidance as they have helped me out so much this year in making me feel like a true part of the team,” Scheidl said.

Both swimmers and divers agreed with third-year diver and team captain Sofia Gross, who said, “How you perform at the Chicago Invitational is motivating for how you want to see yourself perform at conference. The second half of the season brings high intensity and everyone brings their A-game. It’ll be very fun to watch.”

The Chicago Invitational will take place at Myers-McLoraine Pool. The meet starts this Friday at 6 p.m., followed by two swimming sessions on Saturday at 10 a.m. and 5 p.m.