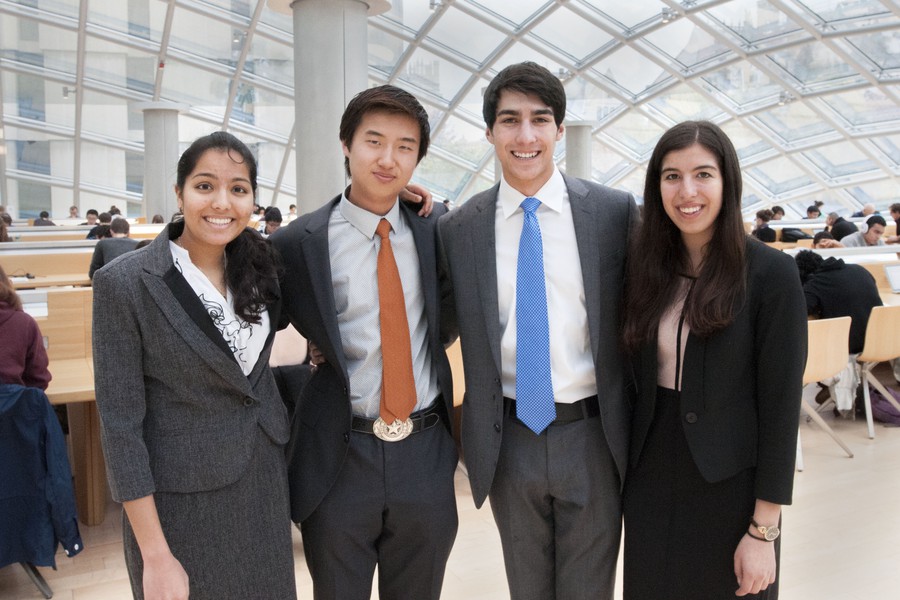 First-year students elected four Student Government representatives to the College Council on Friday. The winning candidates were Michael Meng, with 196 votes; Asya Akça, with 143 votes; David Shapiro, with 139 votes; and Preethi Raju, with 136 votes. A total of 17 candidates were on the ballot this year.

Voter turnout was at about 40 percent, which is fairly normal for a fall election, according to College Council Interim Chairperson Mike Viola. Viola said he was surprised by the aspirational nature of the candidates’ pitches.

“Candidate platforms were particularly ambitious this year, to the point that I was worried the candidates may not be able to realize such plans in one year or that they were focusing too much on politicized issues that may be inappropriate for Student Government to get involved with,” he wrote in an e-mail. “That being said, I was very glad to see that candidates found a wide range of student life matters that they wished to improve and that they made rather substantial efforts to speak with their constituencies.”

Many candidates focused their platforms on campus living issues. Popular ideas included subsidized public transport and the use of Maroon Dollars for printing and laundry. However, due to the multitude of candidates and unfamiliar electorate, Meng said that achieving name recognition through posters and social media might have been more important than a unique platform.

“I don’t think that any one of the candidates that were running could claim something that was uniquely theirs…that others couldn’t promise,” Meng said.

The similarities between platforms, according to Meng, were the result of how long first-years have been on campus and the issues they’ve encountered in the past three weeks.

Raju said she formed her platform through Facebook polls and student interviews, revealing concerns about transportation, dining, and communication with school officials. However, she said, some students questioned whether first-year representatives would be able to implement these goals.

“My response was, ‘I mean, I’m not promising I can get any of this stuff done, but I’m definitely going to advocate what the students want and to solve the students’ needs,’” Raju said. “So I’m going to do my best.”

Part of the reason for the criticism of similar candidate platforms, Shapiro said, is a lack of clarity on the role of SG among first-year students; clarity which he gained by talking to older students already involved in SG.

“It’s pretty complex,” he said. “…For the vast majority of candidates and the general student population, I think it is pretty difficult to determine what exactly their elected representatives do.”

However, Akça said, while first-year candidates don’t have much experience on campus, criticizing them for putting forth “big ideas” is unfair. “I don’t think there’s any harm going into this position with optimism and enthusiasm and goals that we want to achieve,” she said.

SG president Tyler Kissinger said that there are inherent problems in a fall election, such as first-years’ lack of familiarity with the campus and student government. This year, Kissinger said he does anticipate SG action on aspects of campus life brought up during the election, such as U-Pass. He also expects to form committees on dining and transportation and other “college-centric” issues.