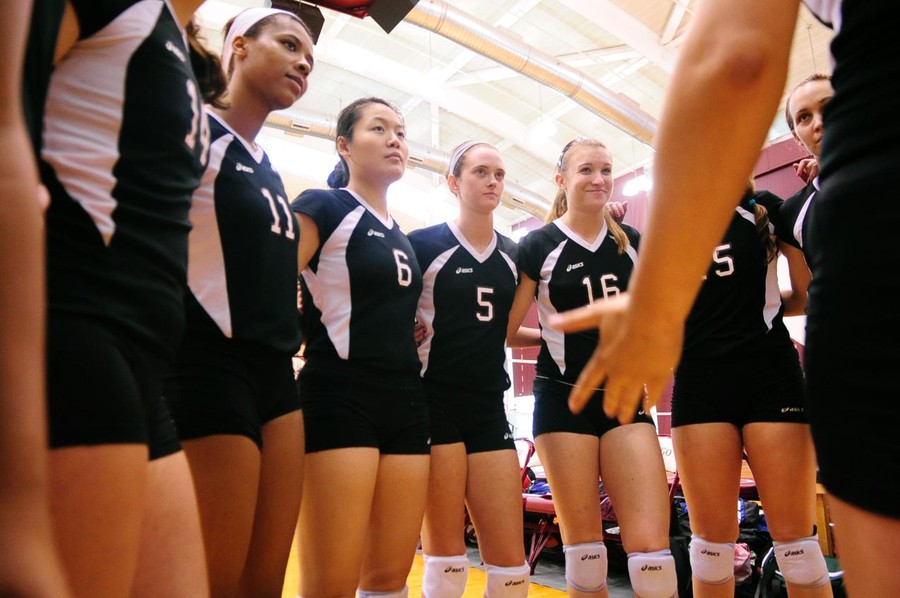 The Maroons (19–8) look to continue their conference dominance this weekend at the second UAA Round Robin tournament of the season.

After earning a 3–0 record at the first UAA Round Robin and defeating rival and No. 7 Wash U, the team is eager for its next conference opportunity. Despite high anticipation, the women recognize the importance of focusing on one game at a time, especially after a disappointing split record (1–1) at the Tiffany Robinson Memorial Tournament last weekend.

“It is important for us to go into this weekend without thinking about our wins at the last Round Robin two weeks ago,” said fourth-year outside hitter Morgan Barry. “As great as it was to go 3–0 in conference, we need to focus on winning our upcoming matches.”

First-year middle blocker Taylor David, who has 78 kills on the season, provided a more optimistic outlook.

“The team is excited for this weekend. We had a solid and focused week in practice, which puts us in a good place for going into a tough weekend of UAA play,” David said.

“The younger players on the team have really stepped up physically,” Barry said. “Their confidence has increased, which has helped them play with more poise and composure.”

Chicago is also looking forward to playing conference rivals at home, an opportunity that only comes once every four years.

“We have an intense weekend ahead of us, and we are very excited to be hosting the second Round Robin,” Barry said. “Having four matches on our home court is a huge plus for us, and we are definitely looking forward to having some of our peers support us.”

With free Chipotle and Potbelly for fans with a student ID, it is sure to be a fun and exciting weekend. All matches will be held at the Gerald Ratner Athletic Center.