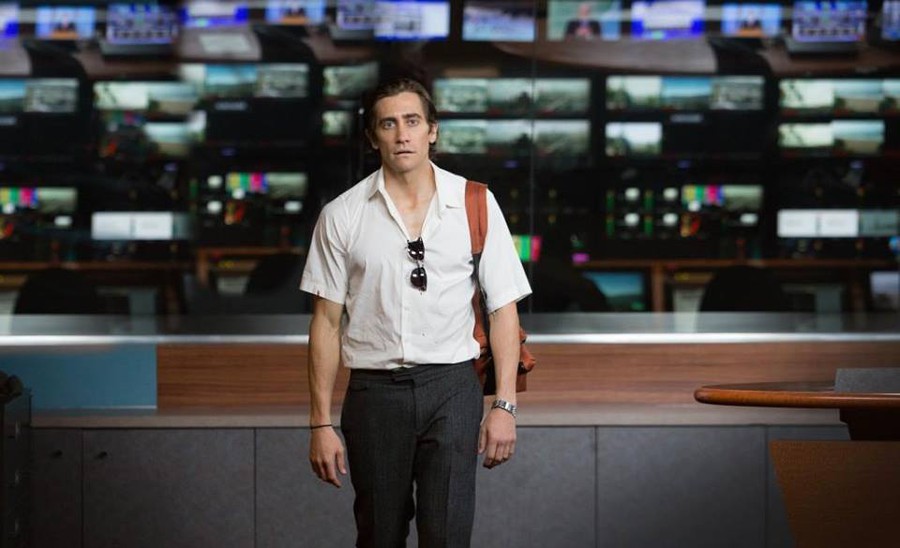 This coming week, Doc Films is hosting two very special screening events for the film aficionados of this school. On Tuesday, at 12:15 p.m., filmmaker Justin Simien will be holding a Q&A session on his feature film debut, Dear White People. The film, a satire of racial politics in contemporary college life, was one of the surprise hits of this year’s Sundance Film Festival and earned Simien the festival's Breakthrough Talent award.

Clips of the film will be shown during the discussion. The film itself premieres in theaters today. Then, at 6 p.m., Simien will host a secondary discussion and dinner at 5710 South Woodlawn Avenue.

The very next day, Doc will hold a special preview screening of the upcoming film Nightcrawler, starring Jake Gyllenhaal. The film, written and directed by veteran screenwriter and first-time director Dan Gilroy, is not in fact about the teleporting X-Men regular with whom it shares a name. It instead follows the exploits of a young crime reporter named Lou Bloom (Gyllenhaal), who will go to dangerous and possibly illegal lengths to break into the mainstream journalism circuit.

The film is set for wide release on October 31, but thanks to Doc, students will have a chance to see it 10 days early. The screening begins at 9p.m. on Wednesday and runs just under two hours, but you’ll probably need to line up early if you want a seat.

We read a lot of very old, very heavy books at this school. But sometimes it’s nice to hear from an author who is not only alive but still very active. Next Tuesday at the Seminary Co-Op bookstore, students will have the chance to do just that. Noted science fiction author John Scalzi will be there for a Q&A session and reading of his latest novel, Lock In. Scalzi has been active on the sci-fi circuit for about 10 years now, gaining fame for the popular Old Man’s War trilogy and other works. The first of those novels, which shares its title with the trilogy itself, was nominated for the extremely prestigious Hugo Award for Best Novel in 2006. He finally won the coveted award in 2013 for his novel Redshirts: A Novel with Three Codas.

Lock In concerns a virus in the future that renders its victims incapable of movement while still retaining all of their mental faculties and sensory abilities. A mysterious crime leads two FBI agents to investigate the strange virtual world that allows victims to interface with each other and the world online. The novel is available in bookstores now, including at the Seminary Co-op.

Beer at the Oriental Institute

It was a night of fun, philanthropy and 5,000-year-old booze at Thursday night’s Wine and Beer through Ancient History Scavenger Hunt at the Oriental Institute. Think beer and priceless Sumerian statuary don’t mix? Great Lakes Brewery, which partnered with the OI for the event, says otherwise.

“A lot of people thought it was gonna be undrinkable,” said Great Lakes’ resident Sumerian beer specialist Mike Williams, referring to their limited-run recreation of ancient Sumerian ale. “But, the way I see it, they wouldn’t have been drinking it for a thousand years if it wasn’t good beer.” And it is: light, very sour, with a nice, frothy head; a nice all-day beer, perfect for a lazy Uruk afternoon.

The brew, which was on tap for the event, is the drunken brainchild of Great Lakes’ co-founder Pat Conway (AM ’78) and Ph.D. candidate Tate Paulette, who wanted to recreate an ancient beer from scratch using authentic materials (in this case, historically accurate clay vessels constructed by University students). They used clues from recent excavations and The Hymn to Ninkasi, the Sumerian ode to the goddess of beer, to recreate the ale, “and us brewers filled in the details,” said Williams, details which included coriander, cardamom, grains of paradise, “a ton of dates”, and an authentic, horse manure fed brewing fire.

The result is a truly epic beer, and one that Gilgamesh would almost certainly have chugged gladly. I certainly did, anyway.