Chicago hauls in the hardware from Indy 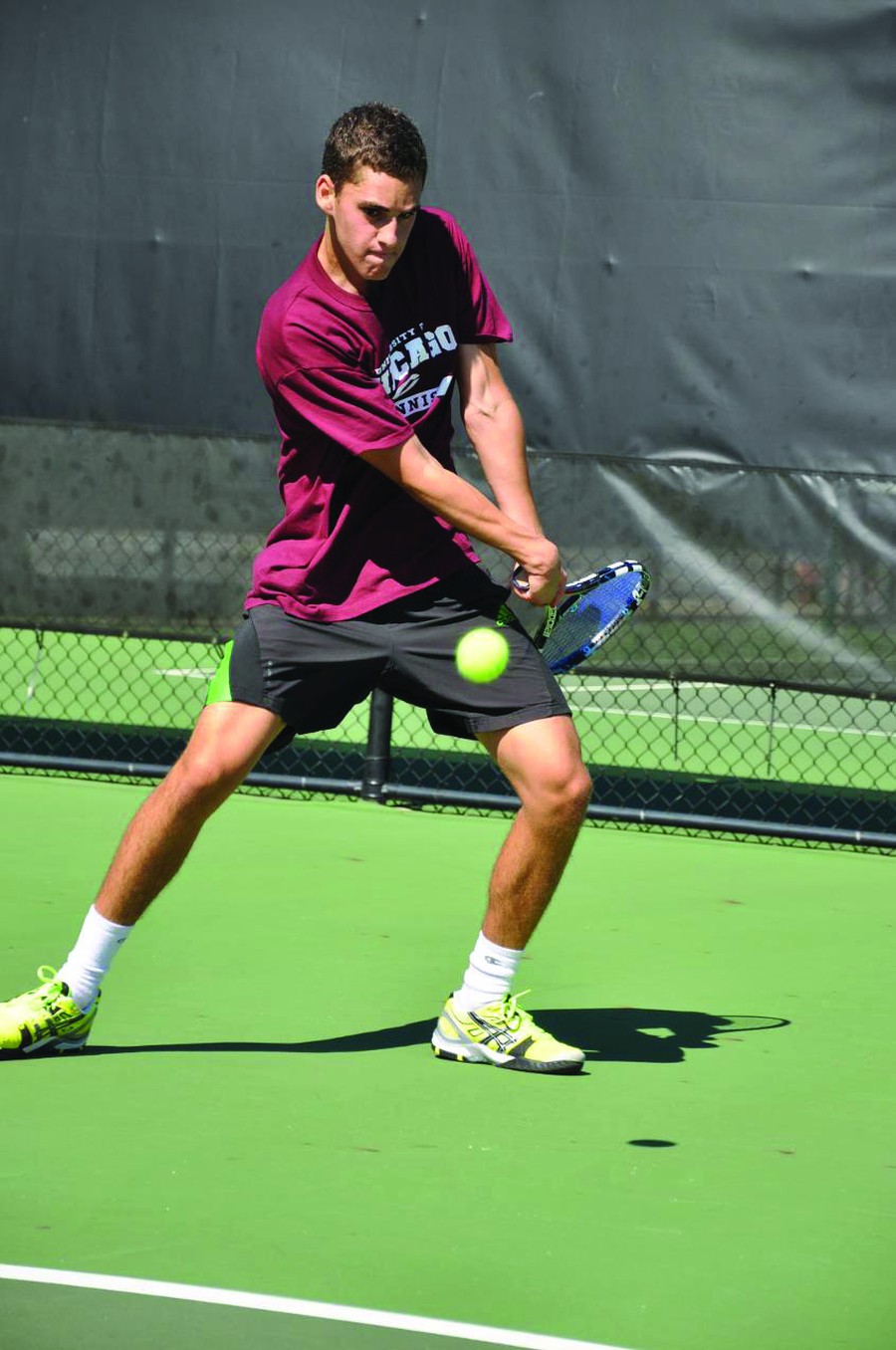 Even though football, soccer, and volleyball typically reign supreme on the fields of Hyde Park during autumn, the men’s tennis team is emerging as a challenger to that throne.

While the Maroons compete during the spring in the UAA conference, the fall is often reserved for various preseason competitions to get a feel for incoming freshman and to get returning players back into the swing of competition.

This past weekend, the Maroons trekked to Indianapolis for the Intercollegiate Tennis Association (ITA) Central Region Championships. In a tournament that no South Sider has ever won before, there was an eagerness churning in the guts of the Maroons as they looked to rewrite the books and etch their names down as champions.

In total, the Maroons sent 10 singles players and five doubles pairs to Indianapolis. On the first day of competition, each athlete competed in two matches each and seven Maroons went undefeated, including second-year Sven Kranz, fourth-year Deepak Sabada, and first-year David Liu. Three doubles pairs won their matches on the day, including Sabada and Liu. Kranz was awarded UAA Athlete of the Week for the week of September 22.

Since the ITA Championships are four days long, the Maroons knew conditioning was going to be necessary.

“Preseason is more demanding physically due to the high amount of matches in a short amount of time, so fitness was an area we focused on, and I think it paid off,” Sabada said.

As for the singles players, Sunday offered mixed results, as Chua was able to advance to the finals on Monday via victories over two Wash U players, while Selin was knocked out in the semifinals after defeating Denison in the quarters, losing a hard-fought, three-set affair against Wash U.

Chua capped the Maroons’ incredible weekend performance by winning the singles championship—as the No. 19 seed—over Wash U’s Tyler Kratky. For his success, Chua captured UAA Athlete of the Week honors and advances to the USTA/ITA National Championships alongside Sabada and Liu.

“I think the thing that stood out to me outside of us winning both the singles and doubles tournaments was how well every single person did at the tournament,” Sabada said. “In past years, we have had a couple of people do well at the tournament while the rest of the team struggled.”

With the ITA Championships in hand, head coach Jay Tee will spend the next few weeks getting Sabada, Liu, and Chua ready for the USTA/ITA National Championships before beginning practice and conditioning in anticipation of next spring’s season.