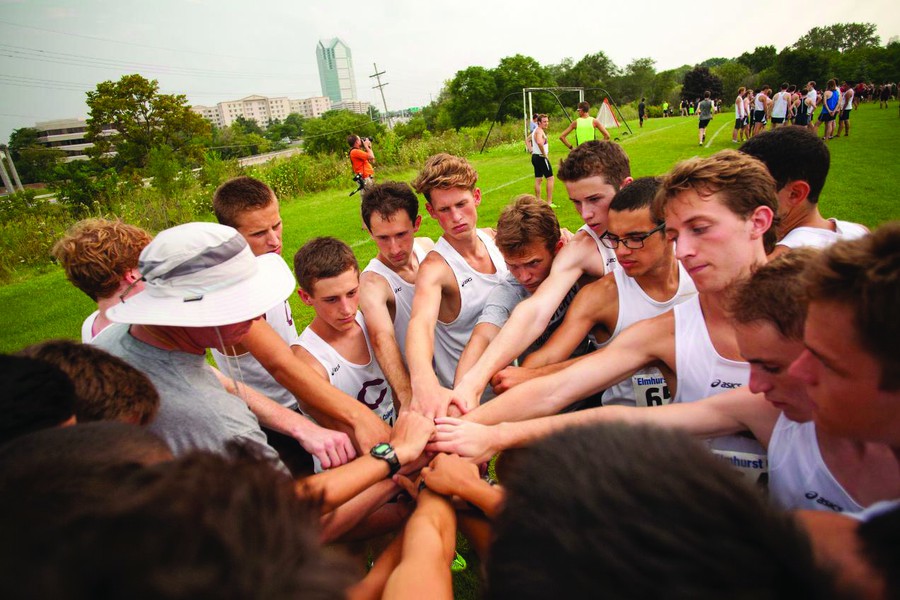 Although most students are getting back into the quarterly groove, the men’s and women’s cross country teams are already a month into their respective seasons.

Each team has gotten settled rather quickly, with the women winning their third meet of the season last Friday at the Augustana Invitational in Rock Island, Ill. Meanwhile, the men reciprocated the women’s success and also took home the top prize at Augustana.

Third-year Brianna Hickey has been a major contributor to the women’s early success, as she has posted the team’s fastest times at most of this season’s meets.

“Since cross country is such a team-oriented sport, I feel I am equally motivated by the strong performances of my teammates, as they are motivated by mine,” Hickey said.

“It is nice to know that when you are trying your best, the people behind and in front of you are pulling their weight as well.”

When questioned if there were additional factors that contributed to her performance last week, Hickey cited both her strategy and motivation to improve after the team finished fourth last week at Wheaton.

“I feel that I better executed my race strategy this past week than I have in weeks past, and that I was more engaged in the competition since I felt like the team had something to prove after dropping in the rankings,” noted Hickey.

Third-year Michael Frasco has been to the men’s team what Hickey has been to women’s through the early part of the season. Frasco was the first South Sider to place in each of the men’s three races, capped by a sixth-place finish at the most recent meet in Rock Island.

“Running is enjoyable partly because your performances accurately reflect the amount of effort you put into training,” Frasco said.

“As hardworking students at UChicago, I think most of the cross country team appreciates the direct linear relationship between effort and results.”

Third-year Maya Lewinsohn made similar remarks regarding the impact proper training can have over the course of a season.

“Racing well in cross country usually depends on putting in the work over the summer to build your fitness, but also having the right mentality to push yourself in the race,” Lewinsohn said. “On top of that, [head] coach [Chris] Hall’s three-phase training program prepares the women’s team to continually improve throughout the season.”

Besides the importance of physical conditioning, both teams can also agree that, although they have both come surging out of the gates, there remains work to be done.

“The competition for the rest of this season is going to ramp up pretty significantly,” Hickey said. “I think it will be important to continue to lean on teammates for challenging races, but also for individuals to take some chances and trust their fitness in these upcoming meets.”

Keep an eye open for the men’s and women’s team at Kenosha, Wisconsin next Saturday as they compete in the Lucian Rosa Invitational at 10 a.m.