After break-up scare, Foxygen returns to life at Lincoln Hall 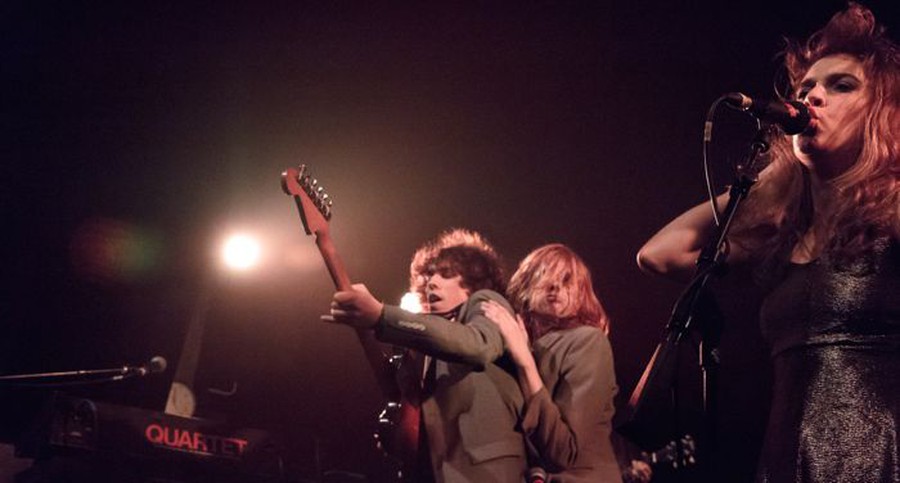 Two days before playing Chicago, Foxygen released ...and Star Power, an 82-minute-long double LP that proved they are back and more schizophrenic than ever. With this LP, the band introduced its alter ego, Star Power, with whom the it was set to take the stage that night, as least according to the marquee of the venue.

A year ago today it was doubtful whether or not there would even be a Foxygen, let alone a Star Power. With the release of its second album came speculations of the breakup of the band. Former tour member Elizabeth Fey let the world know of Foxygen’s inner turmoil last year through a blog post; the band’s Twitter was not impressed, imploring readers to “ALWAYS, DEFINITELY, BELIEVE THE INTERNET.” It was the release of Jonathan Rado and Sam France’s solo albums that really threw people into a panic. It truly seemed, at the time, that the shirts that read “Foxygen is Dead” would soon be worn unironically. These events made fans even more appreciative of the new album, and of a band that stuck it out.

On October 16, a resurrected Foxygen played a sold-out show at Lincoln Hall. Sam France took the stage clad in metallic pants and an open jacket, and was shirtless by the end of the night. The stage was packed with not only the band but also a trio of backup singers. Of course, any band described as “finding beauty in excess” would need no less than this full complement of extras.

The band started off with “How Can You Really” and played a fair amount of songs from all three of their albums (Take the Kids Off Broadway,  We are the 21st Century Ambassadors of Peace and Magic, and finally ...And Star Power). Not for one instant throughout the night did they slow down as they played their way through their low-fi chaos. France danced on the stage like he owned the place, and for that night he did.

It’s hard to ignore the fact that most of the audiences that attend these shows look like they are too cool for, well, anything. Most of the time it’s just the band that looks like they are having a good time, while the crowd passively nods their heads to the beat. So it was a true feat that Foxygen was able to fill the venue with an energy that transformed these usually placid hipsters into the optimistic millennials of a time long gone, when irony was in its nascence, the economy was doing all right , when ISIS and Ebola weren't in the news and Samurai Jack was on TV and dancing at concerts was still encouraged. Foxygen created an aura that made you forget it was a Thursday night, and about the cold reality that was waiting outside the doors of the venue.