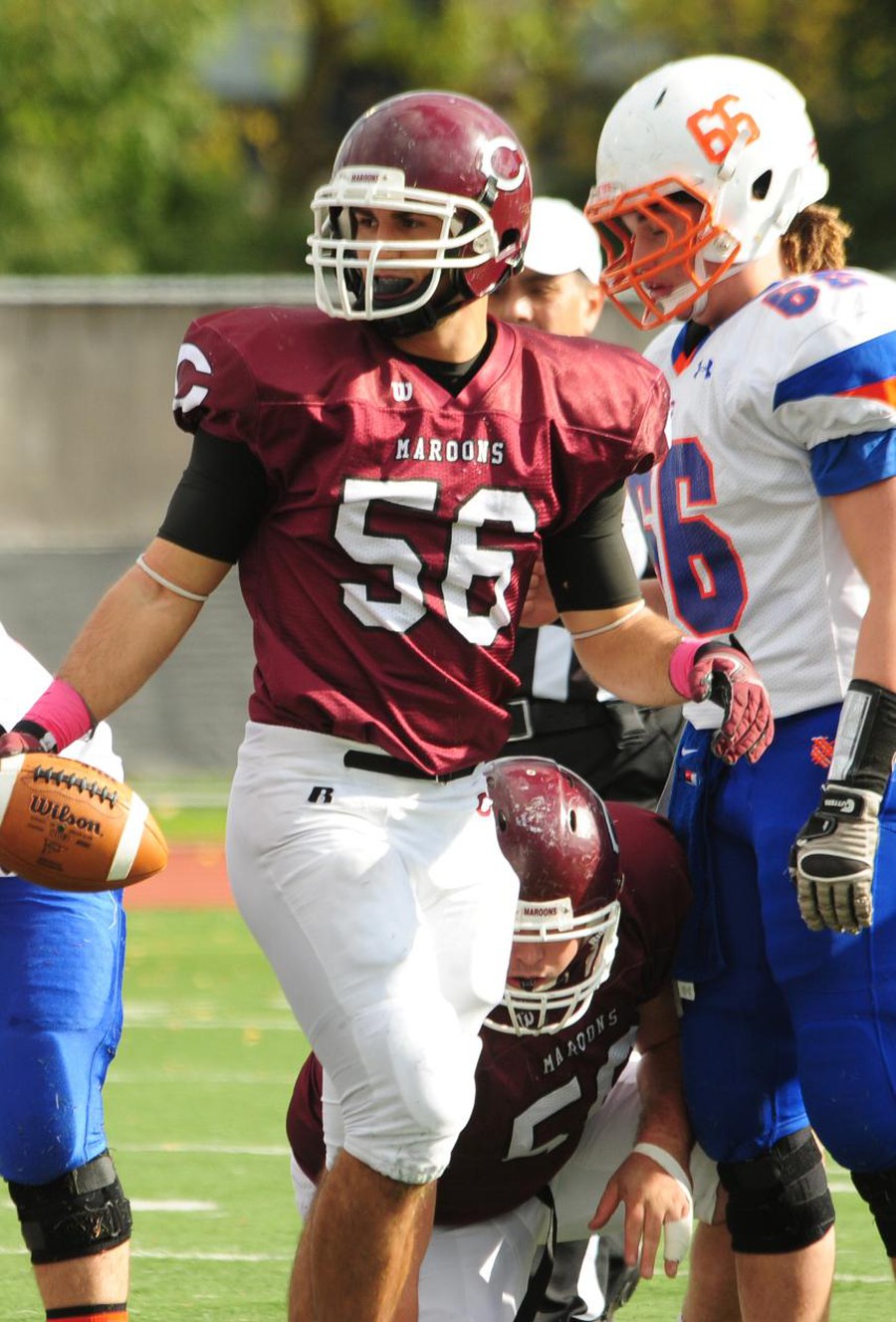 The 5–1 Maroons are coming home this weekend, with hopes of picking up their momentum once again.

Chicago started with five wins before losing its first contest last Saturday at the hands of  No. 15 Bethel (5–1).

“Losing games are those hopefully rare occasions where you get a kick in the butt to show you what you’re actually good at and all those other things you need to desperately improve,” said fourth-year tight end Bryan Tisdale.

Fourth-year defensive lineman Scott Mainquist saw the game as a learning experience for the team from an even broader perspective.

“I think the team realized that if we want to be able to take the next step as a program, we are going to have to be able to play up to the level of competition that we saw last week, and that means playing fundamental football and executing assignments on the field,” Mainquist said.

The Maroons have a chance to correct some of those mistakes as Wash U (2–4) journeys to Hyde Park this weekend forChicago’s homecoming game.

“Homecoming for us is a great game because it is when the student body really comes out to support us,” said fourth-year offensive lineman Isaac Stern. “The administration puts their best foot forward with the block party, as well. Beyond that, the opportunity to beat our rivals Wash U is more than we could ask for.”

Fourth-year quarterback Patrick Ryan is also looking forward to tussling with the Bears at home.

“Every game is special to me now that it is my senior season, but this one does mean a lot to me,” Ryan said. “Playing our rival Wash U for the founders cup in front of a great crowd is just an awesome opportunity.”

Tomorrow’s game provides a bit of extra pressure for the Maroons, since it’s the first chance of the season to face a UAA opponent in Wash U.

“[T]here is always a little added pressure when you start league play, and it involves a rivalry game but this year I feel as though we have a greater confidence in ourselves because of what we have accomplished up to this point,” Mainquist said.

“In the words of Coach Wilkerson, we need to ‘do what we do,’” Bolock said. “I truly believe that we are the better team, man-for-man. By doing our job and trusting in ourselves and coaching staff, we will be successful this weekend.”

The Maroons look to take down the Bears tomorrow at Stagg Field at 1:30 p.m. Homecoming festivities begin at 11 a.m.