Paralympian: “I do it to be the best” 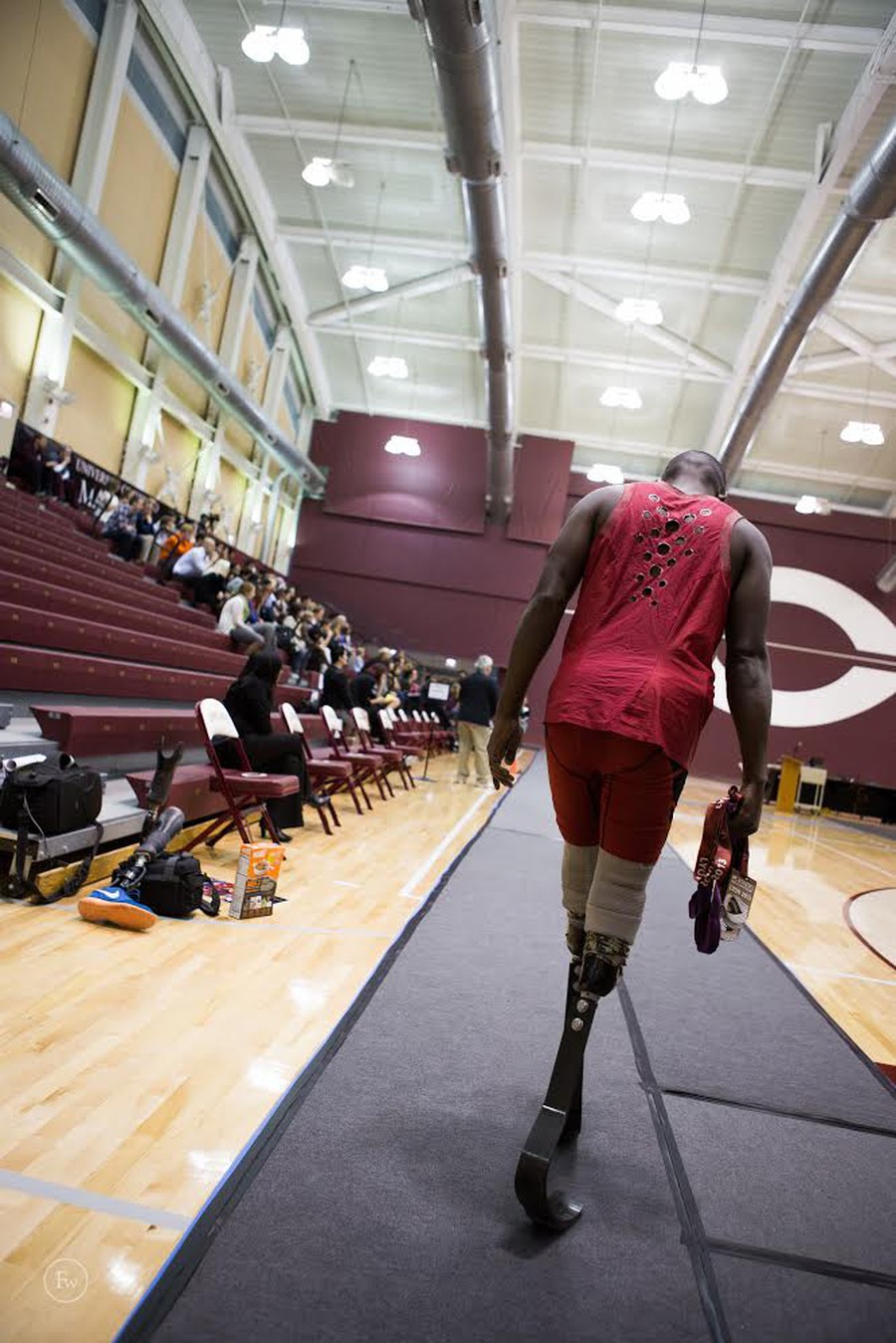 Born with both legs missing below the knee, 25-year-old Leeper has been using prosthetics since an early age. He grew up playing basketball and baseball, but chose track and field as his sport of choice due to his love of running.

Leeper, nicknamed the “American Blade Runner,” cites the power of positivity as the reason he has been able to surmount his disability. Doctors told his parents at birth that his chances of ever even walking were slim. But they remained optimistic and raised their son with the firm belief that the only disability in life is a bad attitude.

“Yes, I do have two disabilities,” Leeper said. “But I still have a thousand more abilities to show the world that I’m a truly special person.”

Leeper recounted an incident that occurred around the age of five or six during a game of t-ball. He related how badly he wanted to hit a home run, how badly he wanted to make his father—the coach—and his teammates proud. After hitting the ball and running, he made it halfway to third base when one of his prosthetic legs fell off and he, subsequently, fell in the dirt.

“I can remember just sitting there asking, ‘Why me? What on earth did I do to deserve this? Why am I the only kid missing legs?’” Leeper said.

While these questions plagued Leeper in his youth, he said he eventually realized they weren’t the right ones to be asking. As he got older, his focus shifted from lamenting what he could not control to fostering the parts of himself he could control. Instead of “Why me?” the question became, “Why not me?”

This mindset led Leeper to his goal of competing in the 2012 Paralympic Games, where he won first a bronze medal, and then a silver. Just to be at the games felt like a tremendous honor, he said, but still he sought the gold.

Encouraging students to cultivate this same drive in all of their endeavors, Leeper added, “You guys should always be happy for the opportunities presented in front of you, but never be satisfied. You should always want more, push for more.”

In his last race of the Paralympic Games, the 4x100-meter relay, Leeper’s team broke the world record, and he received his first gold medal.

While his athletic prowess and determination have helped Leeper achieve success, he admits that there are hard days.

“I’ve cried my tears. I’ve had the pain. I’ve cried as my mother’s cried, my father’s cried. We’ve asked the what-ifs. I’m done crying. I’m done feeling sorry for myself. I’m done with all that,” he said. “The only thing I’m going to do now from this point on is put a smile on my face and be happy for what I have.”

Looking forward, Leeper currently has his sights set on competing as the first American Paralympian in the able-bodied Olympics in Rio de Janeiro in 2016.

“The day I was born, the doctors said I’ll never walk…. Now I’m standing in front of you today saying I’m one of the fastest runners in the world,” he said. “That’s letting you know that whatever you go through in life, whatever that obstacle might be—with the right heart, the right mind, the right focus, the right team, the right positive attitude, the right perception—you can physically, mentally overcome any challenge that comes your way.”