“Why are these two pieces similar? Why are they even significant, if they can mean anything?” 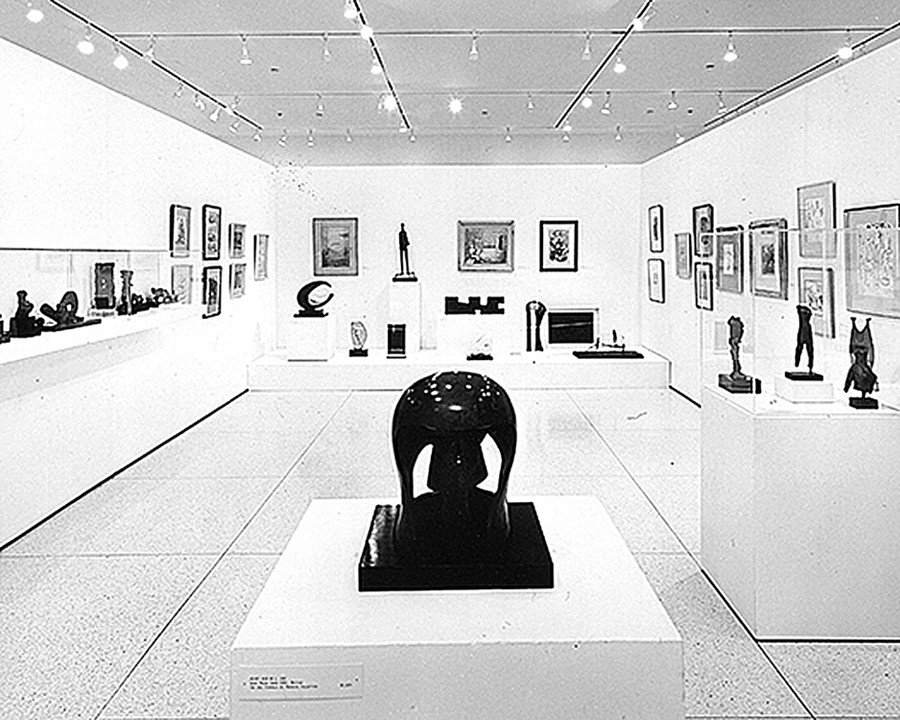 “Why are these two pieces similar? Why are they even significant, if they can mean anything?” our overly-excited docent asked us on our private tour of the Smart’s new exhibit, Carved, Cast, Crumpled: Sculpture All Ways.

Impatient, I tried to lose him in order to formulate my own thoughts on the showcase. He asked us questions that he must have considered provocative, yet were in fact so rhetorical that I could only awkwardly stare back. Closer to individual pieces, I realized his questions stemmed from the captions next to them. I was jarred by the Smart’s intent to evoke a specific emotion or opinion from me. This became overly apparent later: Their stated goal is to question what it means to be in the presence of an object.

Carved, Cast, Crumpled: Sculpture All Ways is the Smart Museum’s newest exhibition, specifically on 3-D objects, and one of their grandest endeavors. In order to take on such an immense exhibition, the curators moved both temporary and long-term pieces into storage, so don’t come looking for that Rothko. It is no small feat, and one taken on as part of the Smart Museum’s 40th anniversary celebration. The gallery comprises sculptures and sketches from multiple centuries, continents, and materials. The exhibit traces back to the Smart's roots by featuring elements of its very first exhibit with work from the Joel Starrels, Jr. Memorial Collection of modern sculpture. With such an expansive array, it’s an easy atmosphere to get lost or confused in; I found myself questioning if this made the artwork, or my time, less significant.

In the gallery, you will find statues of the human form, amorphous shapes, and abstract entities. The sculptures of Rodin are aesthetically pleasing in the classic sense—one antiquated piece that struck me was a repurposed vase, made from fragments of multiple vases of the same time period. Repurposing, employed through various techniques such as the pasting-together of this vase, was a major theme throughout the showroom.

Moving into the more modern rooms, space became more clearly delineated, even as the pieces became more complex. The most notable was of abstract quality, but quite concrete purpose and meaning: The paraSITE is an inflatable tent for homeless in urban areas to hook up to vents in order to keep warm and sheltered. While it is the only piece in the entire exhibit I looked up later, it was the only one I considered too practical to be seamlessly incorporated in the exhibit, or in the Smart museum itself.  Also of note thematically is Lipski’s Water Lilies No. 34, a long tube filled with eggs in varying states of decomposition, a portrayal of the ephemerality of art for art’s sake.

Each modern piece seems to stand out from the walls and floors around it, as 3-D objects are known to do, creating a certain fluidity within the space for visitors to easily walk through. For the average viewer, your time at the Smart might be minimal, but the curious might find themselves taking time on a few pieces in particular that catch their attention. While I won’t remember any of these pieces as exceptional, I will remember the exhibit in its entirety as a conversation starter and a means to appreciate sculpture as an art form: sometimes underappreciated, and always temporary.

I caught up with the docent before I left, thanking him for his time. I told him how I appreciated that the exhibit allowed viewers to go beyond simply "looking" into the realm of interaction; the sculptural works can be walked around, and the art itself demands continuous contemplation.

The exhibition runs until December 21. If you’re lucky enough to snag a docent, take the time to delve a little deeper into the process of the pieces. Then decide for yourself—as the Smart asks you to—what these objects are, and what it means to be in their presence.