I knew Taylor Swift was trouble when she started teaming up with Max Martin. 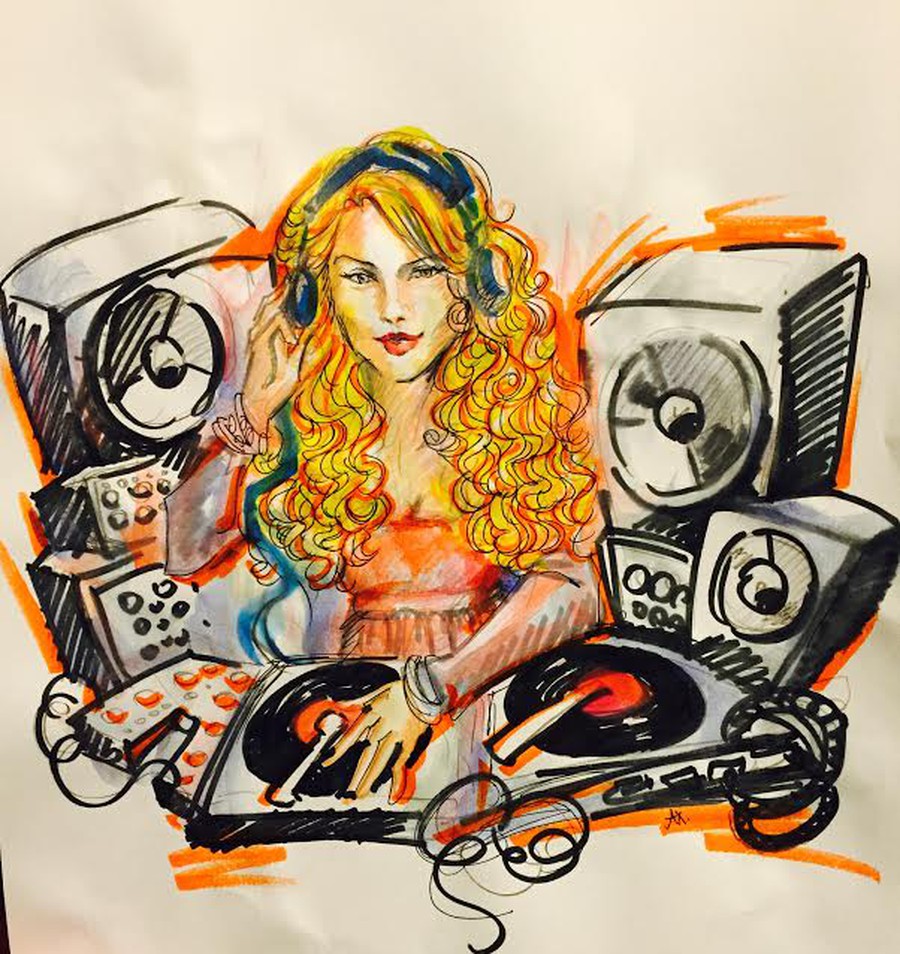 Blue-eyed blue-jeaned Chevy truck–riding Georgia star–outshining Taylor Swift this is not. This is the cool new Taylor Swift of the unremembered '80s, the Golden Age of Pop that ended when she was still sucking on a pacifier in Pennsylvania. Or, at least, this is an East-Village–living–music–industry–linchpin–cum–global–female–icon’s vision of what an '80s pop album might have sounded like if it were produced by Jack Antonoff and Skrillex’s soft-core cousin. This is Taylor Swift’s Yeezus, except apparently this time, everyone saw it coming but me.

I guess Swift hinted at dance-pop preoccupations with “22” and “We Are Never Ever Getting Back Together” and “I Knew You Were Trouble” on RED, but the bottom’s really fallen out on 1989, which is the career equivalent of Kierkegaard’s leap into the abyss. The shift in sound here reminds me a lot of what Lester Bangs said about Lou Reed’s Metal Machine Music: “If you ever thought feedback was the best thing that ever happened to the guitar, well, Lou just got rid of the guitars.” Even the dubsteppy “I Knew You Were Trouble” was anchored by a real guitar riff underneath all that bass (though it may have just been there to help ease the transition), but on 1989 there are maybe one and a half actual instruments. Like a rural child enchanted by the novelty of countdown crosswalk signs and subway stations in the big city, Swift flops around among all these new Max Martin synths and only occasionally remembers to insert a concrete image or—heaven forbid she continue the confessional songwriting that made her world famous in the first place—a real emotional sentiment. Just listen to her sink beneath those beepy, buzzy, pulsey noises on the aneurysmically insipid opening track, “Welcome to New York,” which sounds like it belongs on Sesame Street. Where’s the slamming screen door, the sitting there by the water, the dancing in the refrigerator light? Where, for the love of God, is Taylor Swift?

Fortunately, this song is by far the worst on 1989 (surpassing even that LaVigne-esque shake-themed travesty about which this reviewer refuses to speak); on the second track Swift comes to her senses and realizes that she is neither Ian Axel nor Bill de Blasio, then promptly decides to write about boys again. The ensuing dance-pop album, I’m sorry to say, doesn’t immediately sound like a Taylor Swift-goes-pop album (except on robo-avalanche arena-screaming bubble-thumping Harry Styles diss track “Out Of The Woods”). Nor, however, does it really sound like anyone else’s pop album, despite resemblances to Lorde on “Bad Blood,” Lana Del Rey on the fantastic “Wildest Dreams,” and everybody ever on “Style.” Rather, more than half of this album sounds like debut material from a new pop singer with much of Swift’s gift for melody but only some of her emotional intensity and almost none of her narrative genius. This new singer—Saylor Twift, we will call her—shines best on songs like “How You Get The Girl” (fantastic melodies), the exquisite “Clean” (featuring Imogen Heap, though you wouldn’t know it), and “Blank Space,” which is by far the album’s most memorable track. Here Twift makes fun of the “long list of ex-lovers” (give me a break) that make fun of her dating habits before confessing that she is, in fact, a real man-eater: “Baby I’m a nightmare dressed like a daydream.” If you say so, Saylor, but I have to break it to you that, compared to the absolute knockouts on Fearless and Speak Now, the songs on 1989 feel more like anesthesia.

Aside from being the first Taylor Swift album to include a swear word (“hell”) and the first to include an overt reference to sex (though, praise be, Taylor is not at all trying to pull a Miley here), 1989 is also the first Taylor Swift album to include a few deep cuts, songs on which Taylor clearly just phoned it in. Examples of these are “I Wish You Would” (if you listen closely at 2:06 you can hear Jack Antonoff snoring in the background) and “I Know Places,” which I don’t think was mixed properly because the really obnoxious synths make Swift pretty much inaudible for most of the song. Other songs like the mum “This Love” and “All You Had To Do Was Stay” come dangerously close to mediocrity but sort of, I guess, pretty much end up sounding good.

If you wanted an adjective of quality to describe this album, I would probably use the word “good.” Seven out of 10, maybe. But that would miss the point. The point is that for some reason—pressure from the haters, a newfound love of skyscrapers, whatever—Taylor has not only totally discarded country, which was probably inevitable, but has also apparently either chosen not to be a genius anymore or been replaced by a body double with a totally different approach to songwriting. Of course the melodies on this record are infectious, sometimes sublimely so, but it’s missing all the imagery and diarism that made Taylor Swift so inimitably herself. It all winds up feeling a little bit hollow and, much like Swift does with the '80s, you find yourself wishing you could go back to the good old days.