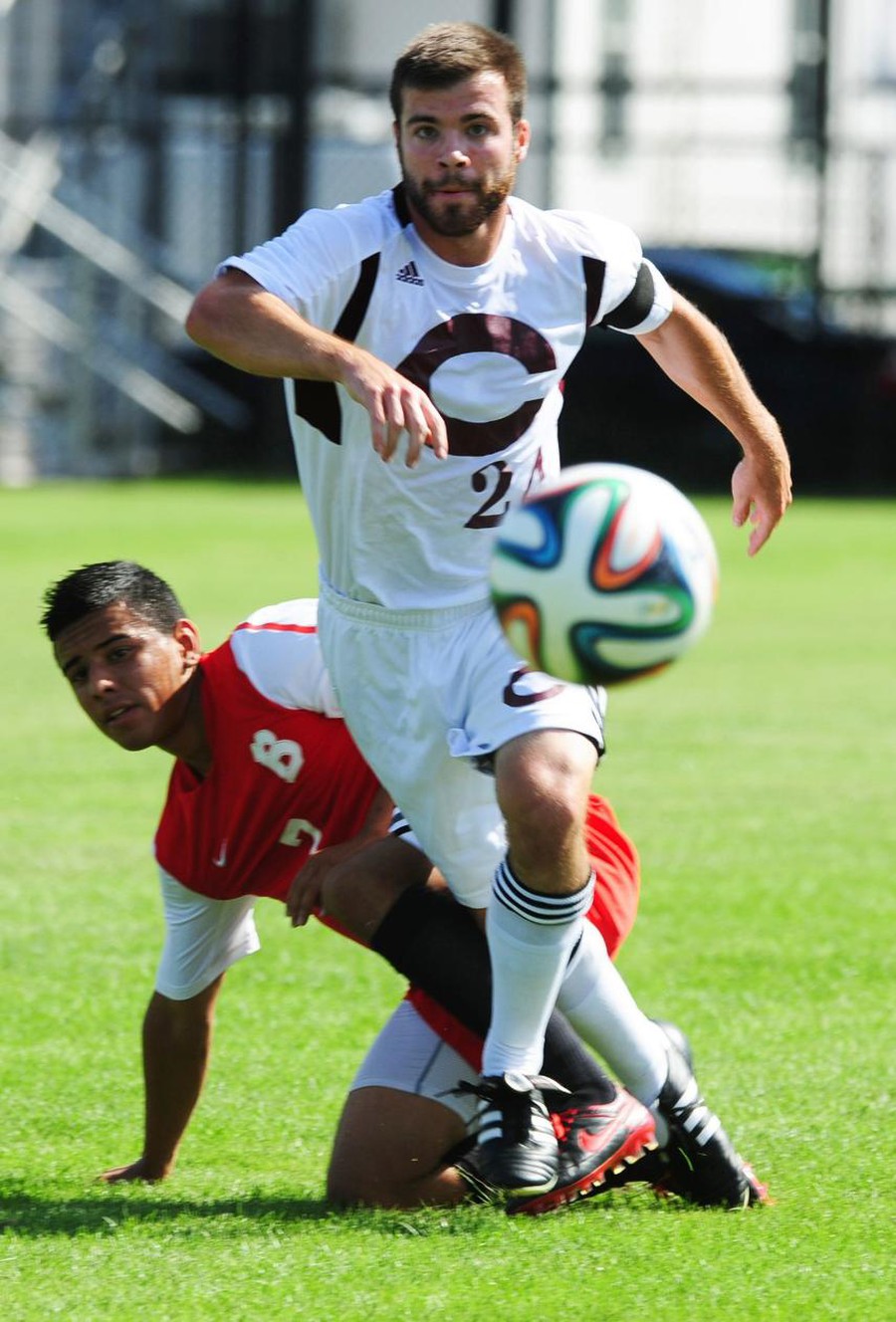 The Maroons have positioned themselves within reaching distance of the UAA title thanks to three successful UAA weekends against Carnegie Mellon, No. 24 Emory, Rochester, and Case Western.  With an NCAA bid at stake and a chance for its first UAA title since 2009, Chicago is looking forward to a weekend of tough competition at home.

“We’re really excited that we put ourselves in a position to win conference,” said fourth-year midfielder Nick Codispoti.

The South Siders are currently second in the UAA standings, behind Brandeis.

“Everyone on the team is aware that this is the most important weekend of soccer thus far in our college careers,” said first-year defender Stacey Reimann.

The results for this weekend can mean a lot of firsts for many of the Maroons.

“For the seniors, this weekend is the last chance to clinch their first NCAA tournament bid.   For the freshman, it is the opportunity to begin a new tradition of being UAA champions,” Reimann said.

We have seniors on this team who have been waiting for the chance to play for a conference title for four years.  This moment has finally become a reality.  We all know what is on the line this weekend,” Codispoti said.

The Maroons feel confident that they know what they need to do in order to come out with their first win of the weekend against NYU.

“We know NYU will be a close game, as it has been for several years running.  We’ll be looking to limit their chances on set pieces and use our quick passing game to break down their line of offense,” said fourth-year midfielder Conor Goodwin.

The Maroons know their NYU opponent well, as Codispoti describes it as “a stingy team.”

“NYU has a great keeper. They also have a striker who has some pace and can cause trouble,” Codispoti said.

As for Brandeis, Chicago realizes that the Judges are “a different monster to tackle,” as Reimann stated.

“[Brandeis] play[s] the best soccer compared to any team we have played this season,” Reimann said.

Despite the tough weekend ahead of them, the Maroons are confident in their game plan; a game plan that has produced shutouts against all of their previous UAA opponents. In addition, Chicago feels optimistic with these two critical games at home.

“We expect everyone to do their job.  We’ll be playing in front of our parents and alumni on senior weekend.  We all are going to give whatever it takes and fight to the last minute for each other to win these two games,” Codispoti said.

After what began as a rather inconsistent season, the South Siders are ready to finish on a high note.

“[I expect] everyone to be more excited and prepared than ever before,” Reimann said. “We are confident and ready to win, and there is no better way to do it than at our last home games of the season.”