Not even horror film teens dumb enough to watch these 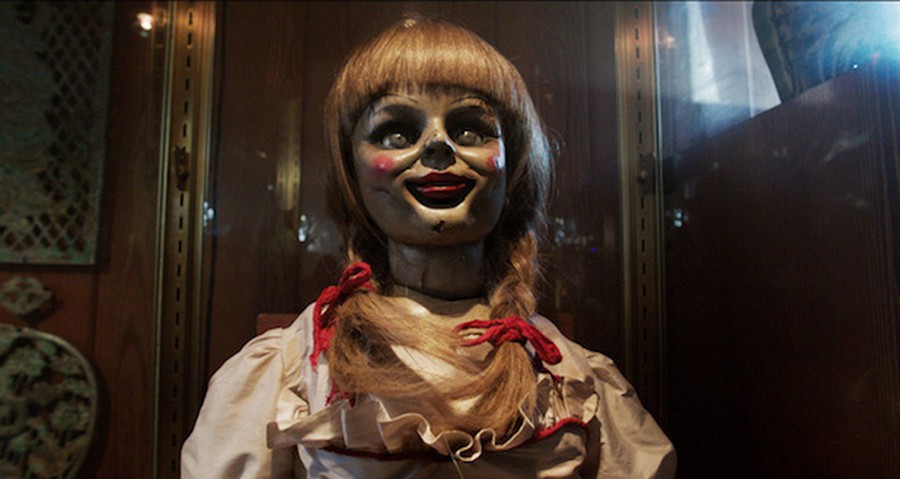 It’s nearly Halloween, which means that the August–September film malaise is definitely over. Birdman!  Nightcrawler!  Interstellar! Filmgoers everywhere rejoice. Less exciting than these potential Oscar contenders, October also means a new slate of generic, disappointing horror movies. So in that sense it differs little from any other time of year. Finding good horror films requires sifting through a lot of garbage to find the gems that truly frighten and unsettle us.  I’ll attempt to do that sifting by examining three newly released horror movies and trying to determine if they make the cut. Spoiler: They don’t.

I’m not sure whether this film wants to be a pure ghost story, or one of the board game horror films inspired by 1995’s Jumanji. On the one hand, the demons and ghosts indicate your typical supernatural fare. On the other, I think a Ouija board is used by enough derpy teenagers and wannabe mystics to qualify more as a board game than an actual magical apparatus.

This is one of those trailers that essentially outlines the film’s entire plot. Aforementioned teens mess around with a Ouija board for kicks and release an evil demon by accident. After it gets too real, our heroes realize that the only way to defeat the demon is to use the Ouija board further, exposing them to even more danger and justifying the film’s title and premise. The filmmakers are also hoping to justify more table-game movies, such as the rumored Rubik’s Cube and Magic Eight Ball. I’m not making any of this up.

It probably didn’t take too much effort to make up Ouija; unless it’s a dialogue-heavy indie drama, it’s pretty hard to make a compelling film about people sitting around a table, even if demons are involved.

It is the prequel/spin-off to 2013’s The Conjuring, which was itself a spiritual successor of sorts to director James Wan’s Insidious and was based (loosely) on a true story about paranormal investigators Ed and Lorraine Warren. Annabelle features neither the Warrens nor James Wan, putting it on shaky ground right off the bat.  Annabelle, the titular possessed doll, was the subject of this lengthy prologue to The Conjuring; a prologue which cynics may call a shameless attempt to bring in audiences for the prequel. Of course, the cynics are right in this case.

If Marvel can tie together 20 different superhero movies and make billions in the process, then why can’t that same method be applied to a different genre, such as horror? The Conjuring 2 is already slated for next year, and the real life Warrens have loads of cases that could be resurrected for further films. They even worked on the case that inspired The Amityville Horror, so there’s an obvious tie-in. Insidious: Chapter 3 is also due out next year, meaning that by 2017, we can have an Avengers-style crossover between the franchises wherein the characters will have to fight the Infinity Ghost or something.

Despite the film’s title, I guarantee that we’ve been told this one before. You know, the classic tale turned on its head by making the bad guy a good guy and framing the whole thing as an action movie. WOW! This is really going to change how I think about Dracula.  Except probably not.

Unlike the other movies in this column, Dracula does have some actors you’ve probably seen before. Charles Dance, better known as Tywin Lannister from HBO’s Game of Thrones, begins his career after the role of a lifetime as a vampire who gives Dracula his unholy powers (Relax—the trailer makes this non-spoiler readily apparent.) He’s seen better days, but he’s old and has lived that bit-role life. He knows the score. On the other hand, leading actor Luke Evans clearly has aspirations of stardom. You may know him as Bard from The Hobbit: The Desolation of Smaug, that guy who you thought was kind of cool, but seemed suspiciously like a rejected Thrones cast member. He’s now stuck in the catch-22 so many mid-tier actors face: He needs to take bigger roles to make it big, but the only starring roles for him are in movies like Dracula, which will take most of its actors nowhere. So, if you want to see Luke Evans be a big star, see Dracula Untold.