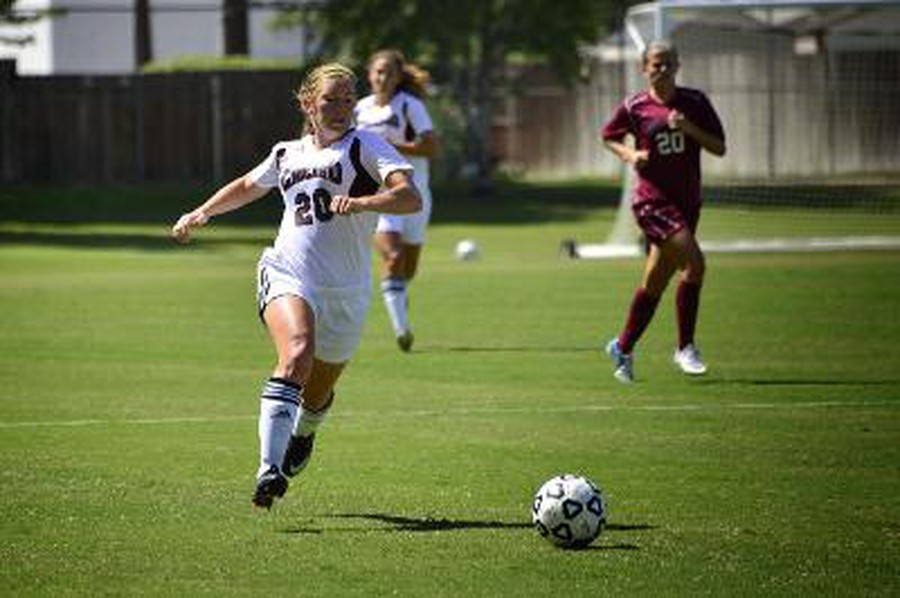 Chicago Maroon: When did you start playing soccer?

Meghan Derken: When I was four. Sixteen years ago.

CM: When did you start playing at a competitive level?

CM: You do track here, too. When did you know what would be your track event in college?

MD: I ran indoor season my freshman year, and then I got hurt. And then I got pushed up into farther distances to not aggravate my injury and then ended up being pretty good at them.

CM: When did you know that you would play either sport in college?

MD: Not until halfway through my senior year. I kind of had this moment where I was just like, “Uh, I think I want to play sports in college, but I’m not sure.” And then I just kind of took the schools that were still looking, still recruiting.

CM: Can you imagine what it would have been like if you hadn’t played?

MD: Honestly, I can’t. I wouldn’t give these experiences up for anything.

CM: Let’s talk a little more about when you play soccer. What’s on your mind when you’re on the field?

MD: You gotta win. There’s this feeling when you come off the field knowing that you’ve played really well—and this is going to sound awful—but that the other team feels like shit. I go into a game being like, “I want this team to walk off the field never wanting to play soccer again in their lives.” This feeling after you score, after you play really well, after you beat a team, it’s just like you’re on top of the world and you feel so good about everything.

CM: What’s the equivalent in track? That’s more of an individual sport.

MD: With track it was more like I would pick out a girl who I knew was running the times I wanted to run. And I would beat her. Or try to beat her.

CM: What’s your favorite part of playing soccer or running track—other than winning?

MD: I think the competition. I am one of the most competitive people. So besides winning, I like the opportunity to compete.

MD: I think the training I got through track definitely helped improve my soccer. Like, the speed training I got, the endurance. That’s definitely one of the biggest parts of my game now. When I’m on the field, I’m the player who just runs up and down the field. I would say that definitely contributed to it.

CM: Compared to me—someone who’s never played soccer in her life—do you think the way you watch a professional match is different than the way I do?

MD: I think so, yeah. When I watch soccer, it’s so much different than when I watch football or watch another sport that I don’t play. Because I know what’s good and bad in those, but I can’t know how you fix it, why you do it. I can’t look at those other sports critically and know what to say.

CM: Is it more or less nerve-racking to watch the one you know how to play?

MD: I definitely get more emotionally invested with soccer.