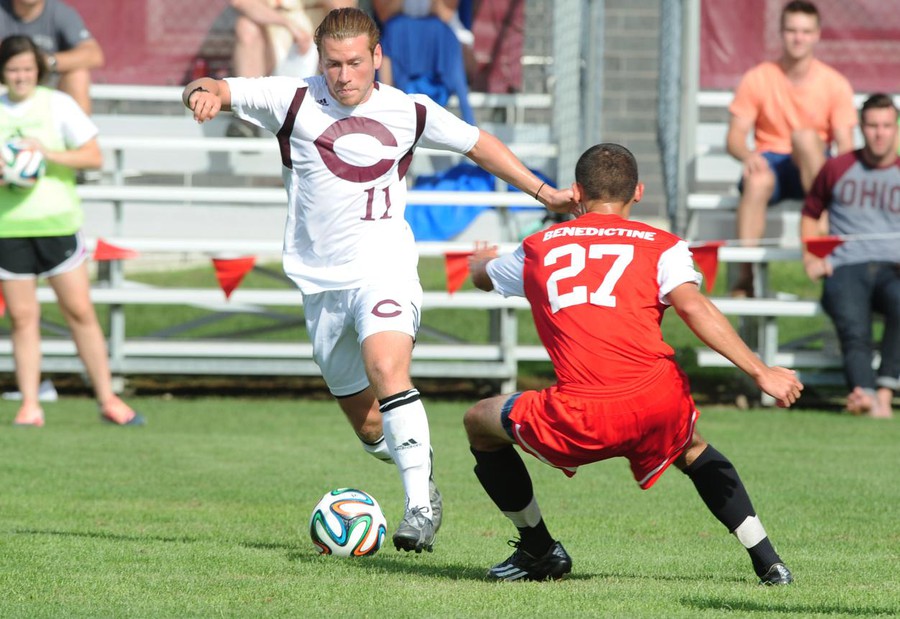 The Maroons capped off their regular season in dramatic fashion, blanking the Wash U Bears 1–0 and solidifying their UAA title for the first time since 2009.

With the win, Chicago captured its third conference championship in school history and received its sixth NCAA playoff berth.

“I’m grateful that I was lucky enough to have the winning shot, but it would have been just as special coming from any of my teammates,” Bilbao said. “Getting a free kick right outside the box in a game that could make us conference champions was like a wish come true to me.”

The Maroons were also aided by the stellar goalkeeping of first-year Hill Bonin, who blocked all four shots on goal for his seventh shutout of the season. Bonin explained his mentality and how he maintained his acute focus.

“It’s in the nature of the UAA conference that every game is a grind, and every game you play is going to be close. If I let one goal in, it might cost us the match because goals are that hard to come by in this conference,” Bonin said. “With that do-or-die mentality, I do my best to be decisive and save everything I can. So far it’s been a success.”

Bonin’s focus looked to be in demand early as the Chicago offense appeared slightly subdued in the first half, only mustering two shots. Bonin acknowledged the cautious approach taken by the offense but was quick to point out that some well-executed adjustments helped turn the game in the Maroons’ favor.

“I think the urgency we felt to finish the game with a victory is what woke up our offense as the game wore on,” Bilbao said. “The first half helped get our feet under us, and by the second half, we were ready to win it all.”

Bilbao put the team’s mentality in a broader perspective, explaining how its cohesive structure has led to its success.

“I think our success this year has been a result of our team unity. The players on this team are completely bought in to make it work, and in tough moments, that has helped us get the results we want,” Bilbao said. “Even when things haven’t gone our way, we have managed to regroup and get back on track because we believe in ourselves and in this team.”

Just yesterday, Chicago received its NCAA regional matchup, which will be played this Saturday on the road.

The Maroons will take on unranked St. Scholastica (20–2–0) in Waverly, IA next Saturday in the first round of the NCAA DIII tournament. St. Scholastica has won its last 17 games and is champion of the Upper Midwest Athletic Conference tournament.