Sorkin tries to salvage The Newsroom with final season; fails

"Six episodes, no matter how good, are not enough to salvage all that this show could have been." 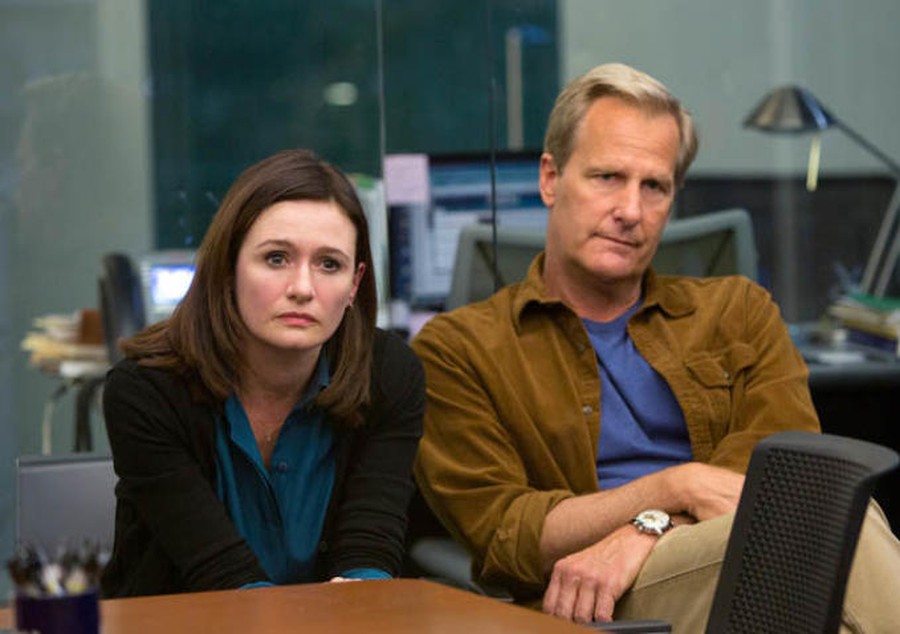 It’s likely no accident that, in one memorable bit of dialogue in the first episode of The Newsroom’s final season, Aaron Sorkin references the dramatic structure of Greek playwright Euripides.  Today, this structure is commonly taught to aspiring screenwriters in the form of the “chase our character up a tree, throw rocks at him, get him down from the tree” metaphor.  It’s hard to look at the dialogue as anything other than a thinly veiled allegory to The Newsroom’s own three-season structure.  The first season saw these characters start an initiative to do news “the right way,” putting themselves in the line of fire from Sorkin’s perceived baddies of the U.S.  The second saw them report an inflammatory and false story, nearly undoing all of their efforts.  Now their news network is besieged by FBI investigations and a hostile takeover of parent company ACN, leaving them pretty eager to get down from that tree.

But the allegory could easily be extended to represent critical reception of HBO’s erstwhile flagship dramedy.  The first season experienced an icier welcome than was expected given Sorkin’s pedigree (Sports Night, The West Wing, and The Social Network).  The second was praised for its headier plotlines, but earned its fair share of rocks thrown for the disastrously self-oblivious finale.  The show has now been relegated to a six-episode final season, which Sorkin hopes he can use to land safely at the base of the tree.

If he did indeed have this in mind when writing his final season, it would be something of a departure for Sorkin.  He has always had a sharp eye for appraising society and a sharper wit for criticizing it.  But the consensus response to The Newsroom in its early days was that Sorkin simply could not turn either that eye or wit onto himself.  All of the Sorkin tropes were there: the warp-speed dialogue, the parade of tangential witticisms, the exposition, and the sermonizing.  Above all else, The Newsroom is so caught up in its own worldview that the idea of actually putting out a good television show is but a distraction.  It doesn’t help that Sorkin’s particular worldview is highly problematic.  His idealized version of “the right way” to do news seems to be a scrappier version of MSNBC with a token Republican-in-name-only as anchor.

But for all of its flaws, The Newsroom was never without its charms.  Sorkin’s style can be very funny when liberated from his stifling need to moralize at the audience.  The characters are often little more than annoying archetypes, but good actors tend to thrive in the roles despite that (the show is blessedly flush with talented actors).   And the overall story arc can be very strong when the characters are forced to tackle original storylines, as opposed to the contrived combination of real world stories and personal drama that defined the first season.

The third season wisely stays away from the corny romance of Will McAvoy (Jeff Daniels) and MacKenzie McHale (Emily Mortimer) and towards the intriguing plotline of online reporter Neil Sampat (the criminally under-cast Dev Patel) and his entanglement with the FBI after accepting leaked government documents from an anonymous source.  Outside of a few episodes over the first two seasons, Patel has been very underused, so it’s nice to see his character become so central to the final season.

Six episodes, no matter how good, are not enough to salvage all that this show could have been.  The show did not live up to HBO’s expectations either critically or commercially. It also showcased all of Sorkin’s limitations and indulgences as a writer, hurting his reputation in the process.  But this season has also, in moments, shown the man at his best. If he can keep that up, then this season will have been worthwhile.