Fully a part of this campus 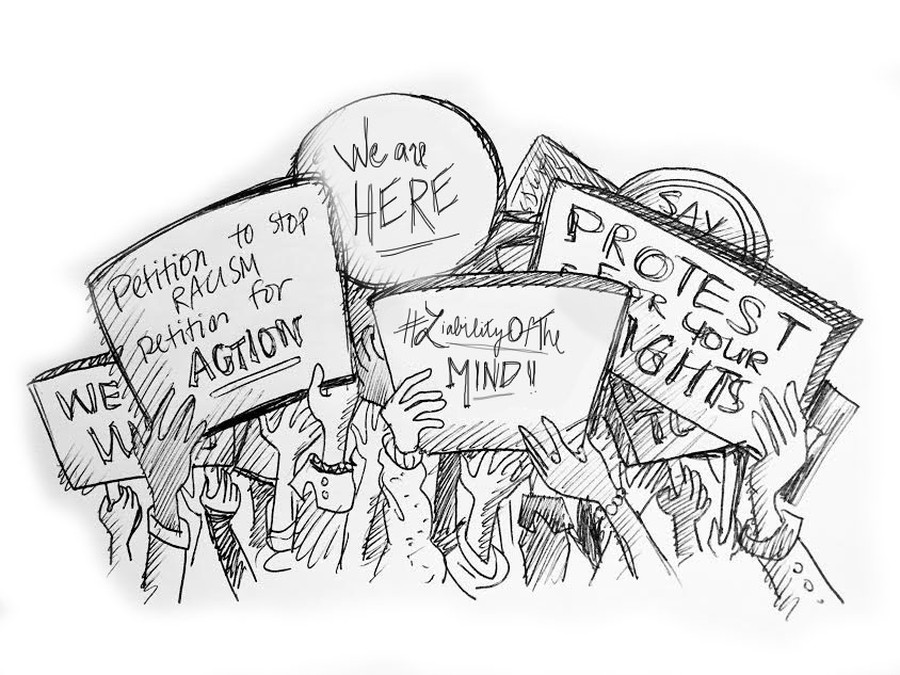 Following significant backlash in response to racist costumes on Halloween, a dialogue on our campus’s openness to racial diversity has been growing—culminating in a petition started last Friday to “specifically address the culture of racial intolerance at the University of Chicago through tangible policy changes.” The petition is currently circulating and has garnered more than 2,100 signatures. On Tuesday evening, the UChicago Electronic Army (UEA) hacked a student’s Facebook account and posted a status threatening students, specifically students of color and those mobilizing for change. Following the Facebook hack, the administration has responded in a campus-wide e-mail condemning the attack and informing students that an investigation into the identity of the perpetrator(s) is underway. The Maroon Editorial Board supports the petition and commends the writers for presenting specific changes the University can make to address institutionalized racism on this campus. While the prompt University response to the UEA attacks has been appropriately serious, sensitivity to racial issues should be an integral part of student culture on our campus—and not just a reaction to reprehensible offenses. In order for this to happen, the University must also make systematic changes to the way it addresses race. Regardless of the fate of the petition, it can be a springboard for dealing with issues of racial sensitivity on campus.

A culture of racial sensitivity and inclusiveness needs to be actively established as soon as students set foot on campus. Because some students entering the University may not come from backgrounds that are racially diverse, it is the duty of the College to orient students to a campus that is. Chicago Life Meetings (CLMs) are the most effective platform for introductory discussions about racial sensitivity, as they are the only programming that every College student is required to attend. While CLMs do currently touch on race, the conversation is not substantial or nuanced enough to deal appropriately with an issue of this importance. When students arrive at the University, they need to be made aware of the history of race relations on this campus—and with its surrounding community—in order to make it clear that this is still a live issue that they need to engage with respectfully.

In addition, the Editorial Board supports the petition’s recommendation to institute a campus climate survey to determine University community members’ overall attitudes, perceptions, and behaviors on issues like race, socioeconomic status, and gender. Such a survey has not been administered since 2003. Student Government is currently working with administrators to bring a survey to campus. However, if this is to have a long-term impact, we suggest that this sort of survey should be regularly instituted so that the University can have easily accessible and up-to-date records on the campus racial climate and how it has changed over time. Having this information will help the University make informed decisions as it takes further steps to make campus more inclusive of historically marginalized individuals.

Although these administrative actions are necessary and have been called for, they are not sufficient to effect campus-wide and immediate change. The recent incidents have been committed by students, and the power to implement meaningful change also lies in the hands of students. The administration is not the sole, legitimating voice on this issue. The attitudes and behaviors of students—whatever their relationship to these issues—make up the racial climate of this campus. Everything thus far has been catalyzed by a small group of students coalescing—the power of individuals should not be underestimated.

The steps we have built on can lay a strong foundation for the long-term proposals, including diversification of faculty and Core curricular changes, stated in the petition. Punishing the UEA for its recent actions is not enough to address the racial climate on campus. As the petition makes clear, racism and racial insensitivity on this campus are institutional problems that have existed long before this Halloween. If the University is serious about creating a racially sensitive campus on which all its students feel safe, it cannot allow its response to individual cases of racism to mask the much larger, institutional issues.