Not black and white: Justin Simien asks the right questions 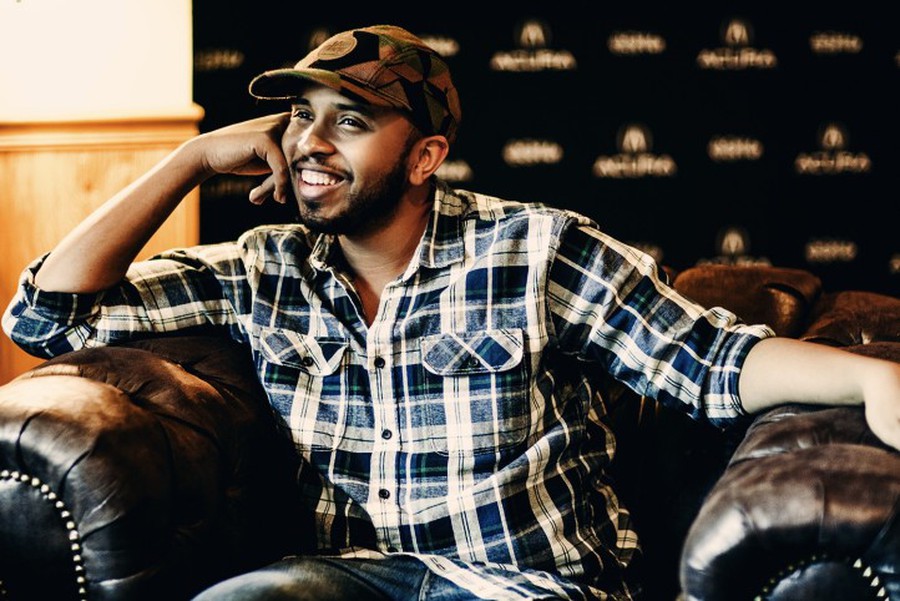 The film’s title itself is a call to arms for the enlightened, red-green deficient masses in this post-racial America. A letter addressing Mr. The Man, signed “Sincerely, the oppressed peoples of the world.” Our own 95 theses nailed to the doors of literally every institution ever. This was to be my movie. I was to sit back and enjoy the fruits of my labor, unhatched chickens and all.

But I was not the only one to imbue the movie with such suchness, and we have had plenty of time to build the hype. The movie has been in the works for years. The director, Justin Simien, started working on it back in 2005, four years B.O. (Before Obama). In 2012, I vaguely recall watching a concept trailer and throwing it a few snaps of approval, but cast it aside as something that (in my taxonomy of potential movies) Could be Great, but Probably Would Not Happen, or Not Be Very Good at All.

Fast forward to 2014: new trailer, new actors, in a shiny, new America. For some, this movie was to be the cure-all for micro-aggressions and structural atrocities. For others, the smoking gun for the existence of real life reverse racism. I went into the movie with my expectation baby in its last trimester (I will end that metaphor right there). A movie about being black at an elite university?  Come on! It was a letter addressed to everyone, with me as the sender.

For what is being marketed as a comedy, the movie is filled with quite a bit of tension.  But maybe that’s what laughter is for, a kind of socially informed violent release of nervous energy. I was certainly in a “safe space” watching the movie, courtesy of OMSA, with an audience mostly made up of students on its listhost—probably the safest of safe spaces. However, I still felt a bit uncomfortable. I couldn’t place it. There was tension in every scene, every conversation, and every relation. The dean, played by Dennis Haysbert (rightfully the first black president of the fabricated but oh-so-relatable Winchester University), uses an extended metaphor about jazz in order to describe finding one’s place. While the metaphor is wonderfully confused, to hilarious effect, something does manage to surface. He says, “Jazz is tension.” With that in mind, this movie plays it loose and fast. It breaks into the improvisational, experimental razor’s edge that makes you want to step back and go running to the easily digestible bondage of the Dave Koz of race movies from 12 years past. But if you hang on for just long enough, you reach the bittersweet conclusion. Not with some happy harmony, but with the unresolved dissonance of real life.

This is what the movie did for me, a black face in a white place. The movie forced me to take a good long look in the proverbial mirror. I couldn’t drop my stare, and was forced to see all my zitty imperfections, but not without seeing some beauty, too. I think this is always the fear with movies with a message about race: that someone can leave and, instead of learning something, just stroke their ego with, “Oh, at least I’m not that bad.” This movie anticipates such an argument and expertly circumvents it by saying a whole lot more than “racism is bad."

The movie, while certainly stronger in some points than others, is put together very thoughtfully. The cast of mostly new faces succeeds in the not-so-easy task assigned to them, and the cinematography does a great job creating and relieving tension. Simien’s directorial debut was a huge undertaking. At a talk hosted by our very own Doc Films, Simien discussed his hopes for the film. He spoke about reviving the genre of “black art house” and showing a bit of himself in film. That’s right. Himself. His own experience. The film, while nuanced, does not, and cannot, be representative of all black culture, let alone all non-white people’s culture. The logic behind such critiques is exactly what this movie seeks to debunk.

There is a scene in the movie in which the main character, Sam, a film major, is presenting a movie she made to her class. The short film entitled, “Rebirth of a Nation,” is a satire about Obama’s rise to presidency, inspiring from her classmates a fair share of shifting glances and the collective need to cough. It is described as “an ideological piano” being dropped on their heads—a piano that is seen coming and is easily avoided. This is exactly what Dear White People does not do. Instead, it forces a mirror in everyone’s face and does not ‘solve’ the issue of race, but forces the question: What have you got to do with it and what are you going to do about it?

The Oppressed Peoples of the World