Treasure Island discount a hit with students, but some question outreach 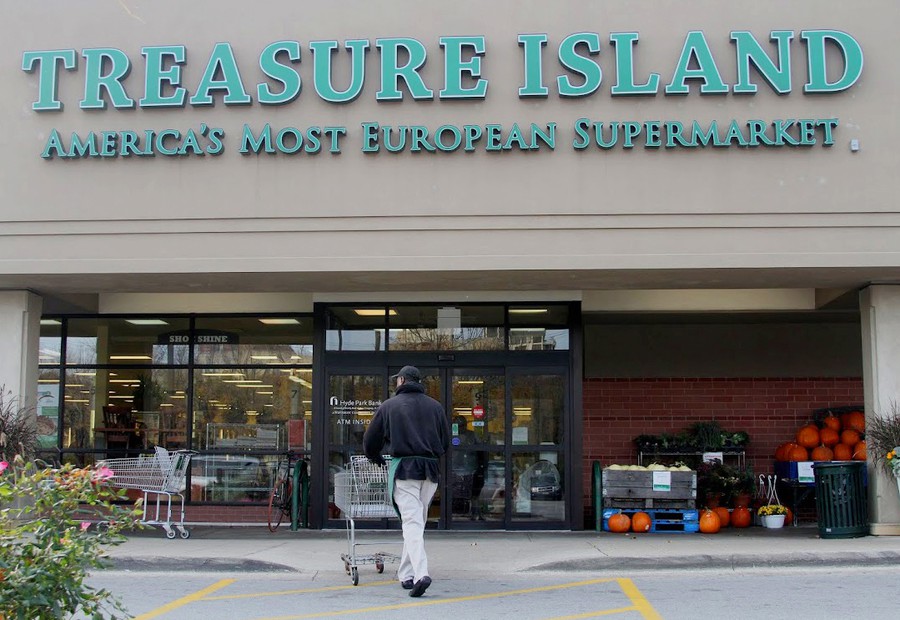 Treasure Island’s temporary 10-percent discount was a success although it wasn’t advertised enough, according to interviewed students. The grocery story offered the discount during the months of September and October to students who brought in the flyer and a UCID.

Student Government (SG) representatives worked with the store as a part of their discount program that allows students 10 to 15 percent off their purchases at local restaurants, the list of which is posted on their website. They arranged the discount to run for only two months, an outlier since the restaurant discounts all run year-round.

Treasure Island employee Rosalee Fields says the short span of the discount was meant as a test. “This was a trial period,” she said, “to see how the students respond.”

To bring attention to the new discount, Treasure Island set out flyers in stores and Student Government President Tyler Kissinger posted a PSA on Facebook and the Student Government website announcing the discount on September 31. Students needed to print the flyer posted on the website and present it with their UCIDs at the register to receive the 10 percent off their entire purchase.

There was a disconnect between the efforts to publicize the discount and the access of the student population to those efforts. According to students who didn’t see Kissinger’s post or didn’t spot the flyers in the store, the new discount wasn’t easy to find. Many students claim not to have heard of the discount before a post was made on Facebook in late October, just before the discount was due to expire.

Zev Chonoles, a graduate student who took advantage of the discount, was surprised by its initial lack of publicity: “I'd certainly never heard of [the discount] from any friends, from any UChicago announcement (SG or otherwise), or from any Treasure Island announcement.”

Once it gained popularity, the discount was usually met with enthusiasm despite the initial hang-ups. According to several students, sometimes the printed cards were too small to scan, new cashiers hadn’t been informed of the discount, and the confusion held lines for up to 10 minutes.

Many transactions, however, were successful. Treasure Island employees Rosalee Fields and Debra Boykin never had problems with the discount, and commented on its the success.

“Everybody loved it. We put out more than 1,500 flyers, and they were all gone by the end,” Fields said.

“It was really great to do for the students— they were just getting back into school,” Boykin added.

The response of the student population to the two-month trial period has been positive.

Student Government President Tyler Kissinger recognized the positive response and spoke about Student Government’s future plans: “Ultimately it’s [Treasure Island’s] decision, but we plan on exploring with them how successful the program was with the hope that they would extend [the discount]—we’ll certainly urge them to.” Once it gained momentum, the Treasure Island discount became popular among students, and its success didn’t go unnoticed by other grocery-goers.

Fields recounted about the success, “We even had a few older customers who saw the students using their IDs asking about why there was no [counterpart] for the elderly.”