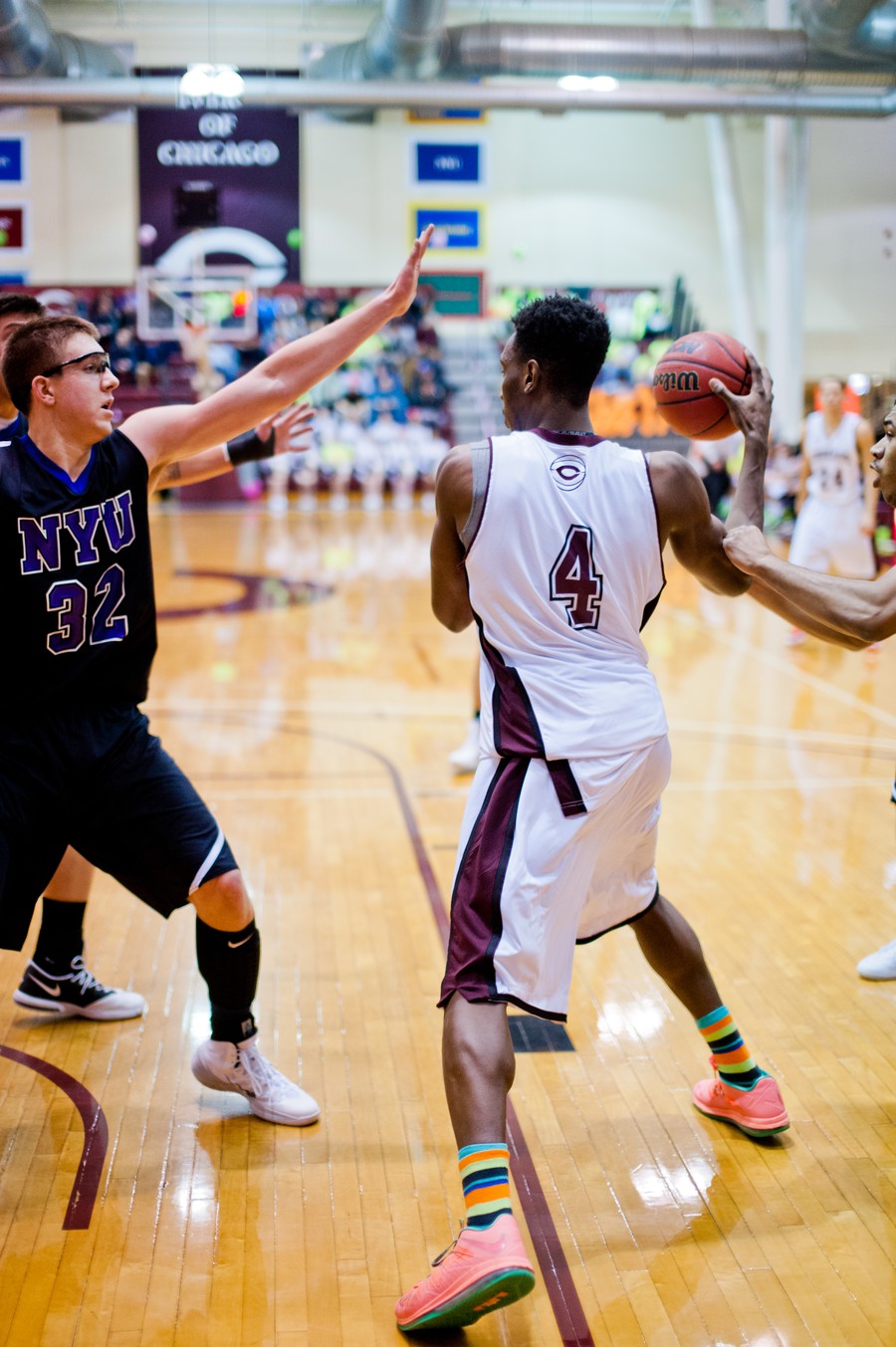 The Maroons picked up two wins this weekend in the UChicago tournament, as they improved to 5–1 on the season.

The No. 23 South Siders beat Beloit College 82–63 on Saturday. Then, on Sunday, the Maroons defeated Bethany College 78–52 at home to bring their overall record to an impressive 5–1.

In their home opener, the Maroons used their home-court advantage to take an early lead against Beloit. In just the 11th minute of the game, they led the Buccaneers 20–4 and went into the half with a 42–25 lead. After that, Chicago’s lead never fell into single digits, maintaining a comfortable cushion for the rest of the game.

“Our game plan going into the Beloit game was to not give their players easy driving lanes to the basket, and we did a really great job [with] that,” said third-year forward Nate Brooks.

In the final game of the tournament against Bethany, the Maroons struggled to knock any shots down in the opening minutes. However, in the last seven minutes of the first half they went on a 21–3 run to enter the break with a 32–24 lead. The squad carried its impressive performance into the second half, extending its advantage to as much as 30 points at one point.

“The game plan this weekend was pretty simple: Focus on what we have to do for an entire game and we would come out with two wins. Being at home was also huge for us, and the home crowd really helped us with momentum throughout both games,” said first-year forward Collin Barthel.

“When we played Bethany, we knew they would really pressure us and our main focus was to stay calm and beat their press.  We got off to a slow start, but we were able to really separate ourselves from them towards the end of the first half,” Brooks said.

The Maroons saw significant contributions from several players, which attests to their status as a deep team that shows promise moving forward. In the Bethany game, 13 different Maroons scored, with the reserves contributing 35 of the Maroons’ 78 points. Barthel scored 11 points and dished out four assists as he came off of the bench.

“I think it is amazing how deep the team is this year, and it’s a luxury that everyone on the team can compete for playing time,” Brooks said. “It obviously makes us dangerous in that we can play everyone, but it also makes us better every day in practice going up against some great guys.”

Looking forward, Brooks said, “I think we really need to be better at keeping the momentum of the game in our favor.  If we can find ways to extend our runs for longer stretches, we’ll be a much better team.”

The men hope to get another victory at home on Wednesday against Wheaton College (IL) at 8:00 p.m. On Saturday, they’ll hit the road to faceoff against Illinois Wesleyan. The Maroons will also take on Kalamazoo and North Park on December 13 and 17, respectively, before taking a break until the new year.