"It’s not so much that there’s something keeping me playing as much as it’s an actual part of what I do, how I spend time." 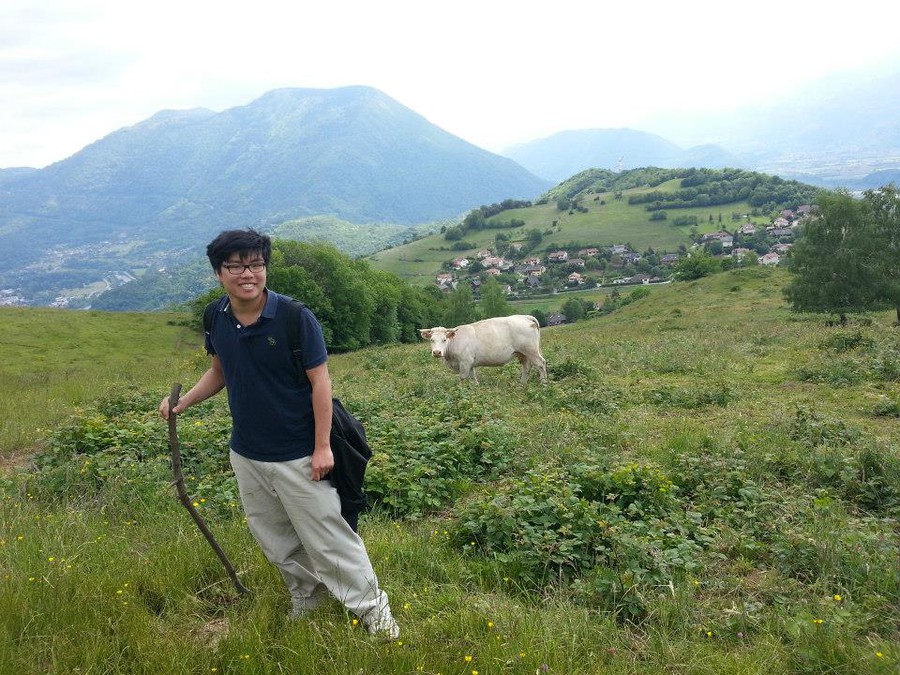 Chicago Maroon: My first question is: what piece will you be playing this Saturday?

CM: How would you describe the piece?

GH: I guess the main word that comes to mind is sort of like “epic.” So it’s this militant opening theme and then the hyperromantic folk song thing—which is sort of, you know, old-school epic. You think The Odyssey and stuff like that. And then it’s got this weird stuff in the middle—like the ironic usage of epic, ah, what am I saying.

CM: Do you want to stop saying things?

CM: Who besides yourself is your favorite performer of Khatchaturian?

GH: Besides myself? Well, it was written for Oistrakh so you sort of have to say him. He has an excellent recording which is the one I’ve listened to the most by far.

CM: Who are some of your other musical inspirations?

GH: Hm…I listened to Mutter a lot when I was younger. And these days as well. I think the sound that I make nowadays…

CM: From your violin

GH: From my violin...It sort of like came around originally in imitation of her sound because she has like…like, strong is too nondescriptive a word but that’s sort of what I want to use to describe her right now. You know, it’s like a baritone opera singer or something.

GH: Yeah, she’s a woman. Which makes it funny. There’s also like Vadim Gluzman, who I had the opportunity to spend a lot of time with growing up, in person.

CM: Were you guys childhood friends in Russia together?

GH: Yup, basically. No, that’s a little bit too casual.

CM: So it was a mentor-pupil relationship

GH: It was a mentor-pupil relationship.

CM: How about favorite composers? Or favorite pieces?

GH: Yeah, let’s talk about composers. It changes over time…I always do come back to Brahms. There’s a sort of sincerity to his composition. It’s really hard to talk about these things; I haven’t taken a Core art class yet, as you can tell.

CM: Do you think not having taken your Core art class is a significant detriment to you as you go into this performance?

CM: And you are a fourth-year?

CM: Do you have any qualms about whether you’ll be able to graduate on time?

GH: Absolutely. It’s because of the Core art class.

CM: Did you bid for a Core art class next quarter?

GH: I bid almost exclusively on Core art classes, as I did last quarter.

CM: To no success?

GH: To no success. I hope this isn’t going into the interview

CM: It probably will. What else do you do then as a fourth-year College student?

CM: Are you a math major?

GH: I am a math major. What else do I do…I play a little bit of Smash. Project M.

CM: What character do you play?

CM: Between those three, if you had to pick one most similar to your Khatchaturian performance, which would it be?

GH: I don’t know, I mean, like, I’ve been playing violin a long time, since probably before I’ve had conscious thought. So like, if I don’t play violin for like a week or so, I actually get this physical sense in my hand that my fingers are atrophying or something. So, I don’t know. It’s not so much that there’s something keeping me playing as much as it’s an actual part of what I do, how I spend time.

CM: How long have you been playing? Why did you first become interested in violin?

GH: I started playing, I guess, when I was four, according to my parents.

CM: Do you have no memory of starting to play?

GH: I have very little memory. I don’t know, I have some like scattered memories…but, no concrete memory of a moment where I said, “I’m going to play the violin,” picked up the instrument for the first time, and couldn’t play "Twinkle."

CM: Does that give you existential angst, that you started playing violin before you had a firm consistent conception of self?

CM: Let’s just keep moving. During your years at this University, have you found any insightful relationship between music and math?

GH: Let’s see…The real answer is no, not particularly, but I feel like I have to make something up.

CM: No, I think that’s fine. So, since we’re talking about Khachaturian, who’s, I believe, a Slavic composer …who do you think would win in a fight, Dvorak or Khachaturian?

GH: Dvorak spent a lot of time in America, which means he’s probably, like, big. I actually don’t know about either of their physiques.

CM: Like, big physically? Because he was an American…like, fat?

CM: Does that mean he’s more or less likely to win?

GH: I think that means he’s more likely to win

GH: Yeah…yeah. You know, good nutrition and stuff like that

CM: I’m pretty sure hamburger culture is the definition of bad nutrition.

GH: It’s better than, like…this is going to come across…

CM: Let’s just stop. How about Khachaturian versus Prokofiev?