Ezaldein had an ability to "view people as the best versions of themselves," her family said. 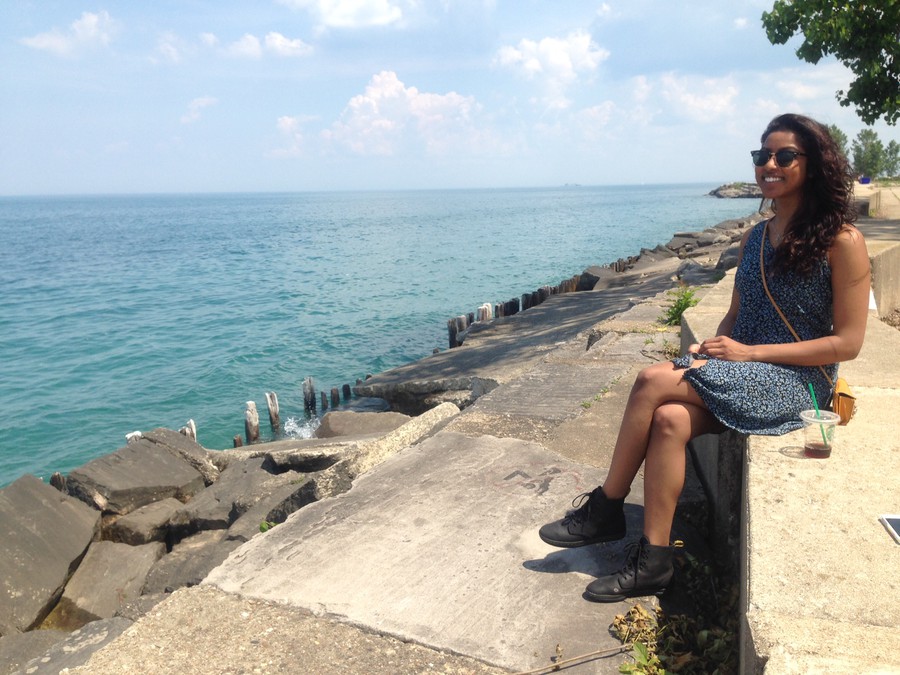 Fourth-year Nadia Ezaldein passed away on November 29. She was an English Language and Literature major who was heavily involved in volunteer work as a tutor and was interested in pursuing social justice work as a career.

Courtesy of Family of Nadia Ezaldein

Nadia Ezaldein, a fourth-year in the College, passed away on November 29. She was 22 years old.

Ezaldein died after being shot by her ex-boyfriend in the Nordstrom store where she worked. She was taking a leave of absence from the College this fall.

Her family remembers Ezaldein as a kind, generous, and caring young woman. “Nadia had an ability to look beyond the foibles and flaws, and view people as the best versions of themselves,” the Ezaldein family wrote in a statement to the University. “We hope that her example is one that is shared and remembered, and that those who have listened to her story are spurred to achieve closer connections with family and closest friends than ever before.”

Originally from Florida, Ezaldein grew up in the city of Hialeah and graduated from a Fort Lauderdale high school in 2009 at the age of 16. She immediately enrolled in the College.

At the College, Ezaldein was an English Language and Literature major whom her peers knew to be sincere, positive, and selfless, her family wrote in a statement. She would often stay up late proofreading academic papers for her classmates, friends, and family. She was interested in both the sciences and the humanities, but ultimately chose to pursue social justice and law as a career.

Outside of academics Ezaldein was heavily involved in volunteer work throughout her life, receiving a scholarship for obtaining the most community service hours in her high school graduating class, according to the Chicago Sun-Times. As a student at the University, she also dedicated time to tutoring neighborhood children. In addition, she participated in the 24-Hour Play Festival, in which participants write and perform a play within a single day, as both a stagehand and writer.

“This is heart-rending news, and we extend our deepest sympathies to her family and friends,” Karen Warren Coleman, vice president for campus life and student services, wrote in a statement last week to University students. “Nadia and her whole family will be in the thoughts of many of us during this time.”

Last Wednesday, Resources for Sexual Violence Prevention organized a candlelight vigil to commemorate the memory of Ezaldein and draw attention to intimate partner violence. Twenty-two candles were lit in memoriam of the incident, which coincided with Ezaldein’s 22nd birthday.

Ezaldein’s family expressed gratitude for the services being offered to honor her memory, saying that they “serve as a reminder regarding why she loved her experience as a student at the University so much, along with the considerable impact her friends and faculty members had on her time [here].”