Maroons redeem themselves in rematch weekend

The women's basketball Maroons stepped up their performance in the second straight weekend against Emory and Rochester. 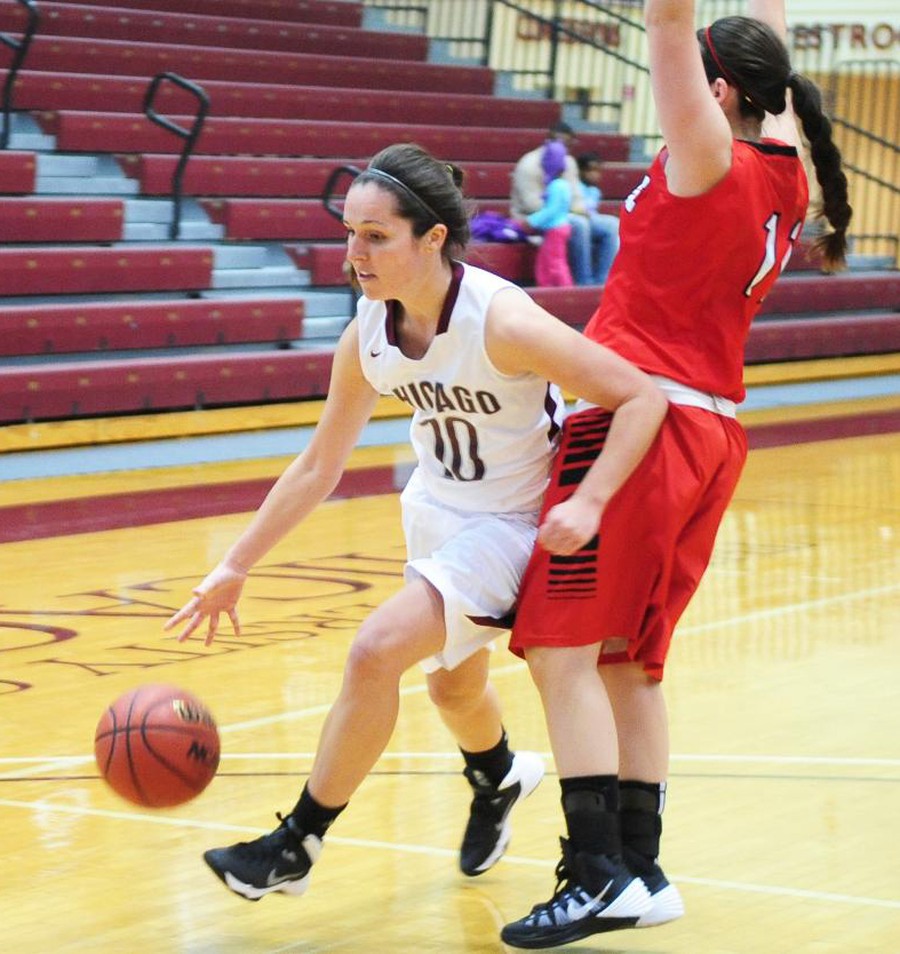 The game began cagily for both sides, as Emory started the opening minutes with a heavy full-court press, which the Maroons handled with mixed success. After their nerves settled, both offenses began to find their footing and started trading scores. The game looked to be in jeopardy for Chicago when Emory started out with an 8–0 run to take a 46–39 lead after the break, but Chicago showed its character to fight back.

“We came out flat and let Emory go on a run to start the second half, but once we all realized we needed to calm down and play at our pace we were able to fight our way back into the game,” said third-year guard Claire Devaney. She once again led all scorers, this time with 20 points.

Ultimately, Chicago put the game on ice by preventing Emory’s guards from getting away with clean shots, making key defensive stops in the second half, and sinking its free throws when they came. Chicago also converted 10 of 23 shots from three-point land and 26–45 overall, but the game was by no means a perfect performance, a fact to which the 33 turnovers will attest. However, there are plenty of positives to take away from the victory against a fierce conference rival.

“[We wanted to] contain a few of their key players, not letting anyone have a huge game from Emory. Our focus is usually defensive-minded, and it paid off on Friday,” said second-year guard Paige Womack. She played her part in the victory with five points, five rebounds, and three assists.

Chicago also received a nice boost from fourth-year guard Julie Muguira coming off the bench. Muguira, who missed the previous five games with an ankle injury, only played 19 minutes on Friday but made the most of them, going 4–8 from three-point range to drop 18 points on the evening, in addition to dishing out three assists.

On Sunday, the Maroons returned to Ratner to take on the Rochester Yellowjackets, who were coming off of an impressive upset of No. 3 Wash U (18–2, 8–1). The game got off to a slightly slow start for both teams, but started flowing when Chicago went on a run to take a 16–6 lead in the first half. Chicago maintained this lead through halftime, but second-chance points and a 9–0 run on the eve of halftime enabled Rochester to stay within striking distance, trailing 38–32.

While Rochester’s offensive consistency improved in the second half, the game was secured with another dynamic performance from Devaney, who dropped 19 points and hauled nine rebounds in the second half alone, obtaining 23 points and 12 rebounds on the day for her second straight double-double. Chicago’s defense also did a good job of shutting down fourth-year Rochester forward Lauren Wagner, who had been averaging a double-double all season and continued to be an authoritative presence in the post, pulling down 20 boards on the game, but only managed two points in the second half.

The Maroons will now face a few tricky road games next weekend, as they face NYU (18–2, 7–2) this Friday and Brandeis (12–8, 6–3) on Sunday afternoon. Chicago is currently tied for third in UAA Conference standings with Brandeis at 6–3.  Success in these upcoming weekend tilts could lead to a climb in the standings.