For love and Linklater, the third time may be the charm 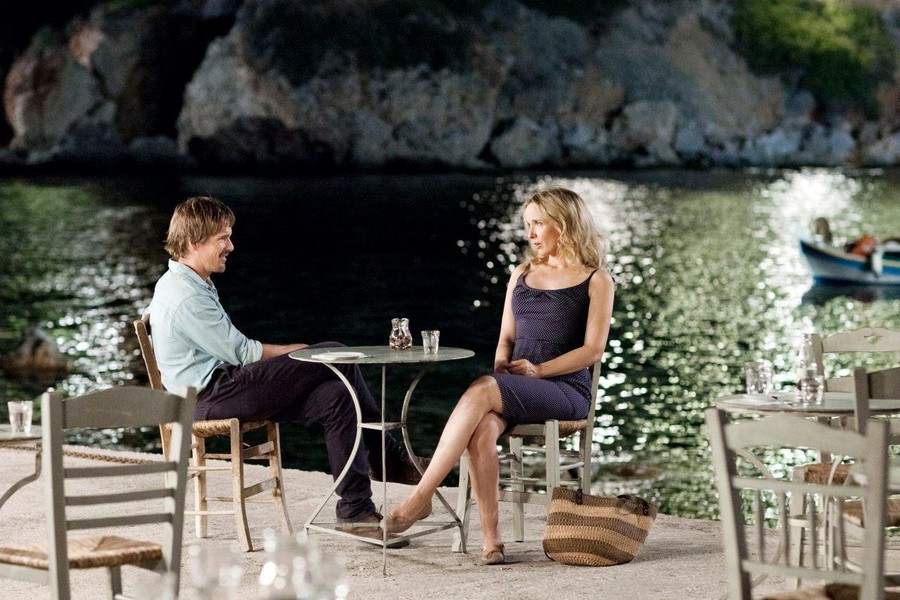 The first time I saw Before Sunrise I had the distinct impression that I was being tricked. How could a movie with so little plot, so few characters, and practically no sound—other than Julie Delpy’s and Ethan Hawke’s voices—be so enthralling? At 16, lying horizontally across my parents’ couch, the 110 minutes of that movie seemed a mere 10. I was spellbound, suspended in the same dream state that Jesse (Hawke) and Celine (Delpy) find in the middle of Vienna. Watching Before Sunrise is like finding a crack in the universe and slipping through for a few hours into a place full of magic and mystery, where bartenders pity broke teenagers and people sleeping on the street turn out to be fantastic poets.

I fear however, that subsequent rewatchings of Before Sunrise have lowered my tolerance for the film. Perhaps because, in context with Before Sunset and Before Midnight (the second and third installments in the series), the first film seems at times inexcusably indulgent, elitist, and sentimental. More truthfully however, it is because I’ve seen the next two efforts and they are just so much better. Before Sunrise is a meticulously crafted work. It is a beautiful, complex film. But Before Sunset and Before Midnight are great enough to permanently raise your expectations.

For those more unfamiliar with the series, the three films explore a relationship between Jesse, a Texan writer, and Celine, a Parisian he initially meets on a train. Jesse quickly wiles his way into Celine’s heart and convinces her to get off the train with him in Vienna, and the two then share an innocent, romantic romp through the city before Jesse has to leave the next morning. In an era before Facebook, Jesse and Celine face the now-unthinkable reality that they may never see each other again, which adds to the sultry, come-what-may romance of the first film.

Of course, they do see each other again, nine years later in Paris. Whereas Before Sunrise is a sort of teenage romantic dream, Before Sunset is the love affair you want desperately to believe. Reconnecting in a cafe, on the banks of the Seine, and most memorably, in Celine’s small Parisian apartment, Jesse and Celine weave a modern love story that makes even the most cynical viewer feel a bit fuzzy inside.

And then you reach Before Midnight. I saw the most recent film over the summer in an independent movie theater in my hometown. Arriving a few minutes late, I sat in the back row, the same row I had sat in the summer before to watch Wes Anderson’s Moonrise Kingdom. I remember because I also arrived a few minutes late to that film, bursting breathless through the door as Anderson’s characteristic yellow credits flashed across the screen. And, as on that day, the damp summer air condensed into a cold sweat under my thin summer clothes as the air conditioner hummed along with the dialogue.

Let me just begin by telling you that you do not want to miss the opening of Before Midnight. Unlike the leisurely first scenes of Before Sunrise and Before Sunset, which unfold slowly and allow the action to build throughout the film, the stakes are heightened from the first frame. Or, perhaps as heightened as an airport scene without violence or dramatic music can be. Under the pen of Richard Linklater and co., that is pretty damn high.

The cinematography then takes flight into the airy, romantic expanse of pastoral Greece. This time, it isn’t to play out a fantasy. Jesse and Celine bring their lives, their children and ex-partners, their careers, and ultimately their flaws to air out in the Grecian breeze. Before Sunrise and Before Sunset inherently assume the merits of romantic love; Before Midnight instead fights for its soul.

At the crux of the film is a central question: What is the worth of love and relationships in our age? At a beautiful, extended dinner scene where Celine and Jesse enjoy the company of a cohort of Grecians and an expat writer, teenaged Ariadni mentions, “We wonder if this idea of a love affair that lasts forever is still relevant to us.” Similarly, throughout the scene, characters question the old-fashioned romantic ideals that are so deeply ingrained in Jesse and Celine’s relationship, making the two squirm slightly in their seats. Ultimately Celine cuts to the heart of the issue when she intones bitterly, “If we didn’t have the girls, all our crap, would we still even be together?”

Among all the great films I’ve seen in that shabby movie house, Moonrise Kingdom included, Before Midnight is my hands-down favorite. The viewing experience was strong enough to associate the place inexplicably with the film itself. In fact, I have a very clear memory of almost everywhere I’ve watched Before films. They are the kind of movies where watching becomes an experience in and of itself. They draw you in and make you participate. Some films leave you speechless; these leave you babbling.

The other thread connecting the three films, both in reality and in the fictional space, is a sort of fascination with time. In Before Sunrise, the excerpted time seems almost accidental, like a random selection from any one of a string of days. Part of the enjoyment in Before Sunrise is watching the mundane slowly become something extraordinary. In Before Sunset and Before Midnight, there is no such pretense. The moments are carefully chosen. But the beauty in the films is how Linklater makes them seem mundane, accidental, quotidian.

Still, as Oscar season draws near, this year once again looks dim for Delpy, Hawke, and Linklater. Before Sunrise didn’t receive any Oscar nominations but won many festival awards including the Silver Bear for best director at the Berlin International Film Festival. Before Sunset was nominated in 2005 for best adapted screenplay, but lost to Alexander Payne’s Sideways. This year, Before Midnight shares the nomination for best adapted screenplay with 12 Years a Slave, Philomena, The Wolf of Wall Street, and Captain Phillips, all four of which are also nominees for best picture. 12 Years a Slave and Philomena seem especially likely to win the award, as they fall under Hollywood’s favorite “based on a true story” category. (Last year the award went to Chris Terrio for his dramatization of the Iran hostage crisis in Argo, and in 2011 Aaron Sorkin won for The Social Network.)

Yet even if the film leaves awards season sans Oscar statuette, Before Midnight and its precursors are likely to leave an indelible effect on movie lovers. Or at least they have on this one.

This article is the second feature of our Maroon goes gold series.