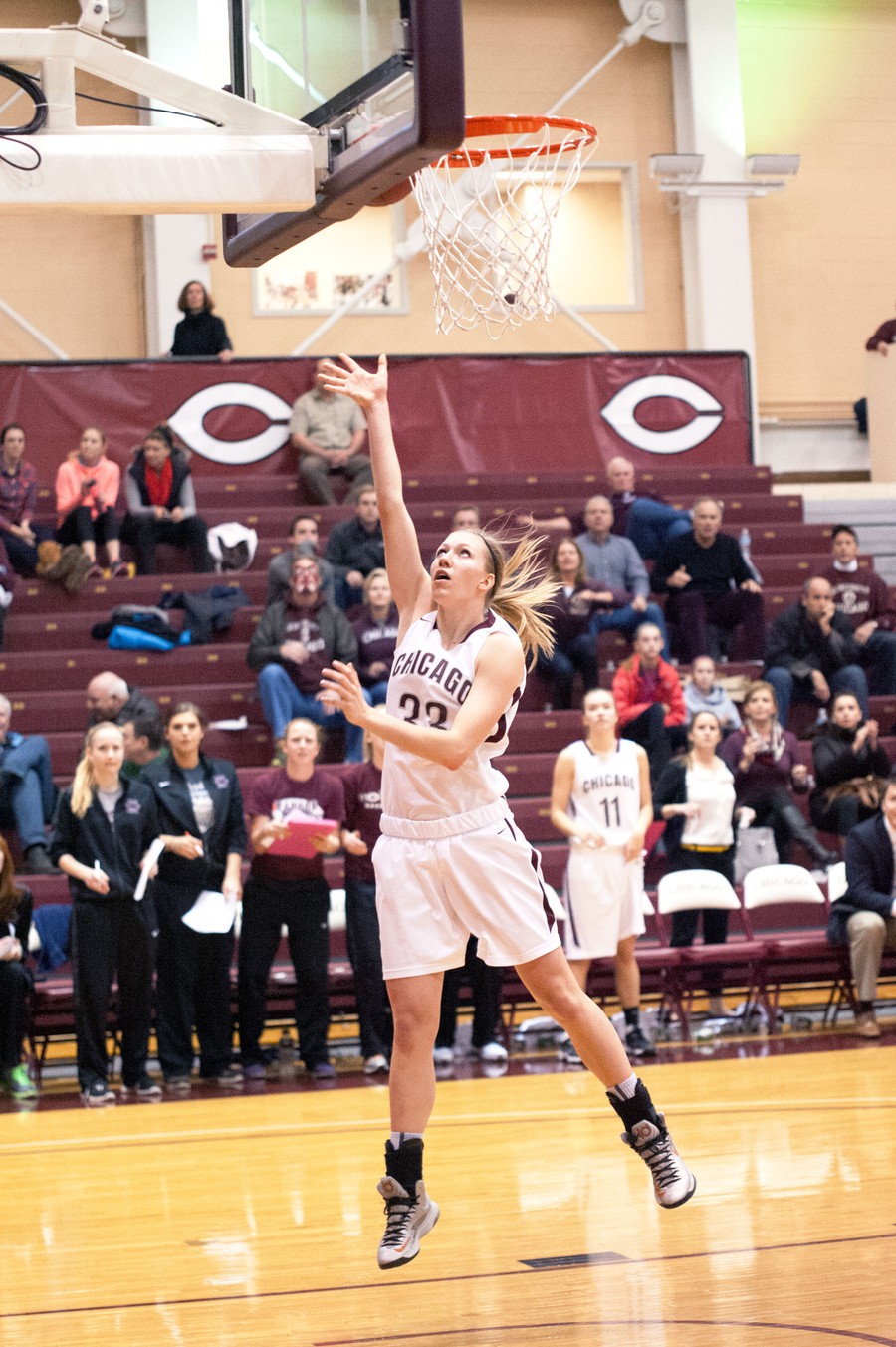 While the Maroons (14–8, 8–3 UAA) have demonstrated their acuity from three-point range throughout the entire season, their touch from beyond the arc was perhaps at its deftest this past weekend as they marched to impressive road victories against No. 24 NYU (18–4, 7–4) and Brandeis (12–10, 6–5).

On Friday night, Chicago ensured that once it took control of the game early on, there would be no way back for NYU. The Violets fought neck-and-neck with the South Siders until the Maroons unleashed the kraken in the second half, going on a three-point binge with clutch threes from second-year guard Paige Womack, first-year guard Stephanie Anderson, and third-year forward Ellie Greiner, fueling a 22–6 run that put the game out of NYU’s reach. Chicago went 100 percent from the free-throw line in the second half and held NYU’s formidable offense to only 27 second-half points en route to a 73–57 victory.

“NYU plays a sagging, in-the-gaps type defense. They really pack it in and force their opponents to hit from outside. Thankfully we were able to take advantage this weekend and hit from beyond the arc when we were open,” Muguira said.

Anderson provided a huge lift in Friday’s game, leading Chicago’s offense with 14 points and five assists off the bench, as the Maroons displayed a complete performance at the Palladium.

Sunday’s game turned out to be just as productive for Chicago’s perimeter offense, as the Maroons put on another three-point shooting exhibition against Brandeis. Greiner had a stat-laden performance: Her 15 points came from her 5–5 three-point shooting, and she led all players in rebounds with seven. While the Maroons’ 47.8 percent (11–23) three-point accuracy was gaudy, the Judges will likely be rueing the points they left on the table, as they shot a dismal 7.7 percent (1–13) from three-point range and only made 61.1 percent (11–18) of their free throws. The Maroons saw their comfortable halftime lead through the finish to coast to an 85–72 victory.

While the stat lines from both games might paint the picture that Chicago’s offense was extremely trigger-happy, in reality, the three-point chances came from persistence in offensive drives, according to head coach Carissa Sain Knoche.

“I thought our kids were unbelievably patient and consistent in their attacks of the basket, which allowed us to get great looks from the perimeter, which definitely contributed to our shooting percentage this weekend,” Sain Knoche said.

Chicago is now approaching its regular season home stretch, with two games against Carnegie Mellon (11–11, 2–9) and Case Western (9–13, 3–8) at Ratner next weekend and one final battle against No. 2 Wash U (20–2, 10–1) the following Saturday. Situated in second place in the UAA standings at 8–3, Chicago has a slim chance of taking first place from the Bears but nonetheless hope to turn their successful February into March Madness by earning a berth in the NCAA DIII tournament.