No. 8 Maroons aim for hat trick of wins in Kalamazoo 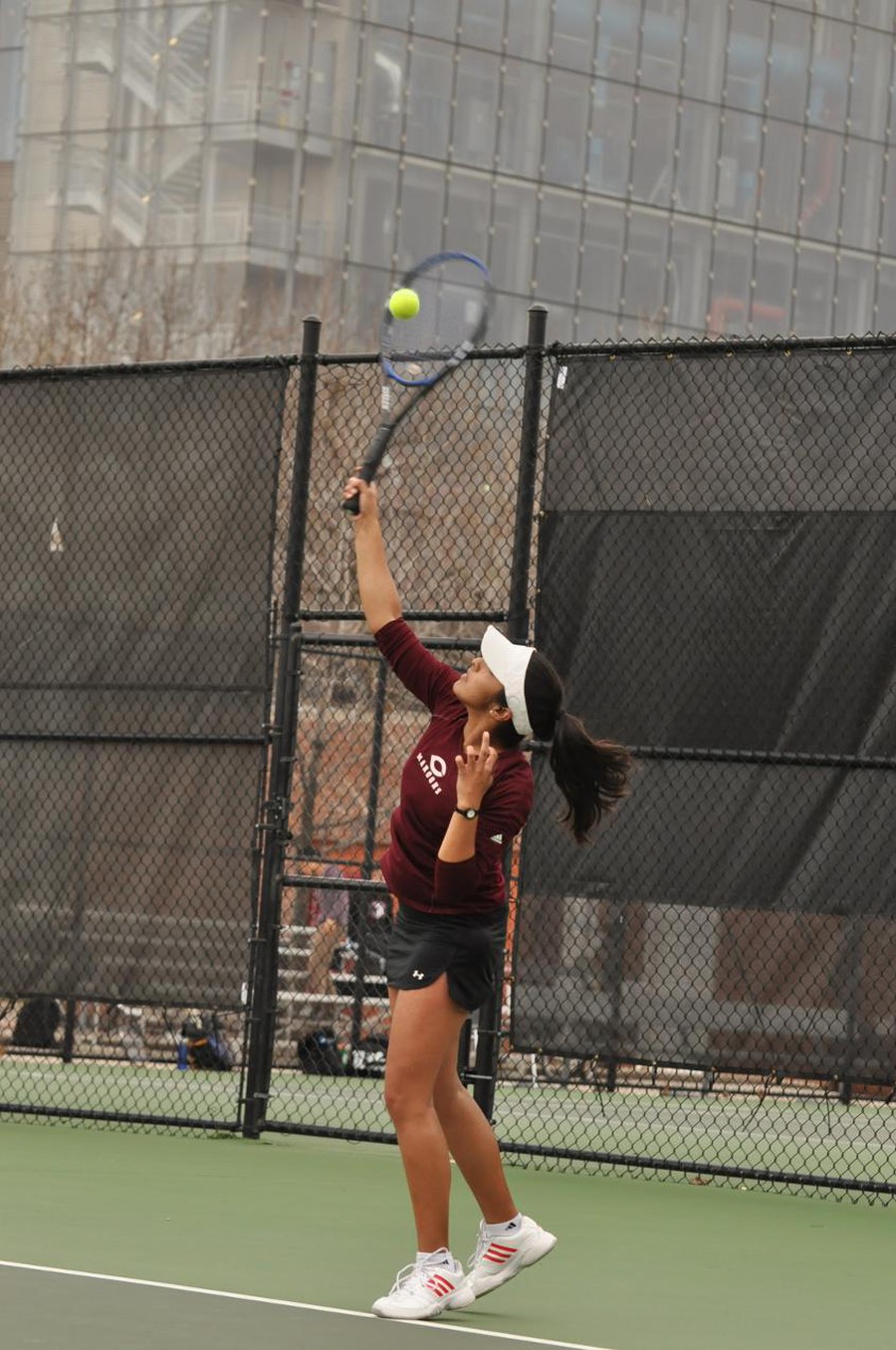 After winning both matches against Denison and Kenyon College, Chicago will travel this weekend to take on the Hornets in Kalamazoo, Michigan.

A month into their season, the Maroons are currently 2–1, losing their only match to the DI Fighting Illini at the University of Illinois. This Sunday, Chicago will play the Hornets, who had a 13–8 record last year and are currently 2–0 this year.

“Kalamazoo is a very scrappy and tough team. They won’t wow you with their power or talent, but they do a very good job of making you play a ton of balls from uncomfortable positions on the court,” head coach Jay Tee said. “Our challenge will be adjusting our aggressive games to their more passive style. They will try to make us hit winners to win every point, and we need to be patient enough to construct each point so we’re able to end the rally from a good position on the court.”

The South Siders have been training hard throughout the season, culminating in an improvement in technique and stamina.

“So far, we have been working very hard on being aggressive at the net, as well as getting our feet in the right position to end points. We will definitely send a message to our opponents during doubles that we are there to win on our own terms,” third-year Megan Tang said. “Also, we have been spending a lot of time in the weight room as well as running sprints at practice, both of which have given us noticeable edges over our opponents in terms of fitness.”

A large contribution to the team’s success has been Chicago’s ability to remain focused during long games.

“The girls have done a great job of competing for every point. While it sounds cliché, the effect it has on our opponents is unquestionable. If our opponents know they have to play a perfect point just to get one point, they will end up frustrated because they know they have to do it 40 or 50 more times during the match if they hope to win,” Tee said. “By forcing our opponents to execute perfectly, we put the pressure on them to come up with the goods. It is easy to hit a winner at 2–2 in the first set; however, where we gain the advantage is at 4–4 in the second set when the nerves set it in.”

The Maroons have adapted successfully to the new training regime, especially when considering that five of the 10 current players with the Maroons are first-years.

“I think the team has been getting together very well so far. Even though many of the girls are freshmen, they are willing to work hard and put in the extra time to improve. It has been fun to watch everyone improve so quickly during this first month and a half of the season,” Tang said.

The match is this Sunday, with the action beginning at 1 p.m. EST.