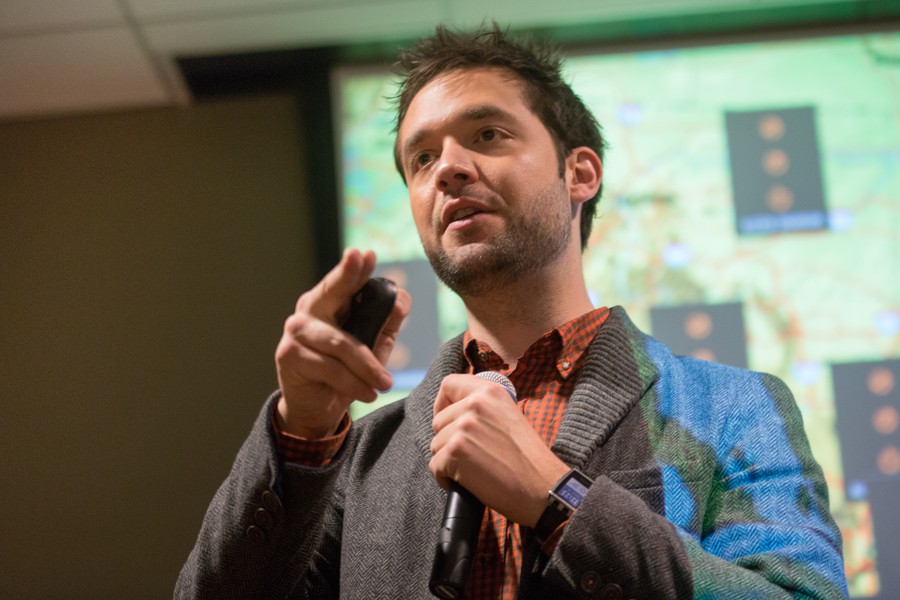 Reddit co-founder Alexis Ohanian urged students to embrace criticism and failure during a talk at the Booth School of Business on Wednesday. The talk was part of a promotional tour for his newly published memoir, Without Their Permission.

Self-titled the “front page of the Internet,” Reddit was founded in 2005. Ohanian recounted the website’s beginnings and encouraged students to use the Internet to create powerful change.

“The World Wide Web is the world’s largest stage and library combined.... You have to know how to use that super powerful tool to your advantage,” Ohanian said. “Millenials have this technological fluency that the older generation didn’t have, and the younger generation adopting the Internet can’t fully utilize.”

The process of creating Reddit began with Ohanian doodling what would eventually become the Reddit mascot in his marketing class during his fourth year of college at the University of Virginia. The idea for the website was fleshed out further as he sat in his neighborhood waffle house, Ohanian said.

Ohanian has always been interested in coding and creating websites—the power of the Internet to reach broad audiences fascinated him at a young age. He began exploring his talent by creating personal websites and websites for nonprofit organizations.

He explained, however, that before Reddit, he created other, less successful websites. Earlier versions of Reddit were not immediately as popular as the website is today.

“There was this constant wall of negative reinforcement—haters gonna hate. It’s scientifically proven. You just have to use criticism as encouragement to do better,” Ohanian said. The reality is that first versions of everything are “janky,” and there will always be competitors, he said.

The trials of his failed launches, rather than Reddit itself, were where Ohanian advised students to take heed.

“Life is full of failure and everyone starts out on the road to success by sucking,” Ohanian said. “Don’t be afraid to start. If you remember nothing else from this chat, remember to just go forth and suck!”