In its tenth anniversary, MODA aims for "overgrown hothouse" looks to ring in the spring season. Expect florals, pastels, dynamic shapes, and, of course, glam. 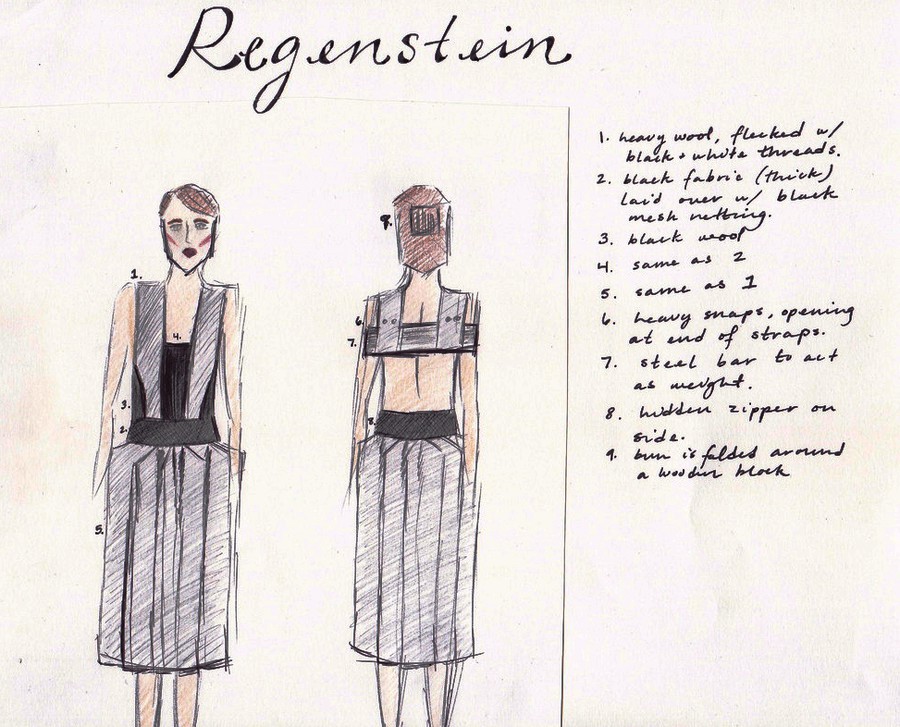 In the final hours before Logan’s costume shop closed on Thursday, third-year Harrison Yu paced from a sewing machine to a tall table, then back again, looking for a pincushion. Upbeat pop music was playing. Yu’s designs—dresses with long trains—will be the first to appear in Friday evening’s annual MODA fashion show at Union Station.

That his designs will open the show is a mark of Yu’s seniority within MODA, a group that often officially presents itself as a family. He certainly belongs: Now a board member, he began his first year by participating in the group’s Designer Boot Camp (DBC). At that time, there were three people in DBC, and it took place in a facility near East 50th Street and South Cottage Grove Avenue. DBC has since more than tripled in size, garnering more than 50 applications this past fall. With the help of Logan costume shop employee Nathan Rohrer, Yu expanded the DBC curriculum, which used to consist simply of making “a tote bag, a skirt, and a blouse.”

Yu recounted that Rohrer, who on this Thursday afternoon was fashioning a pair of nude underpants for a modern dance performance with a tag that read “Skin” deftly sewn into the waistband, had come in on weekends this fall to coach DBC. He is not paid to help with this project. The sewing machine purred beneath Rohrer’s fingers as he spoke with DBC students, soothing their pre-show stress.

Although Rohrer kept threatening to close the shop on time the night before the show, at 6:15 p.m., 15 minutes past official closing time, it was still full of activity. The younger designers, one of them fated to be Yu’s protégé and to be taken ever closer into the MODA fold, were deep in focus over their seams. The music was still playing.

Some of the designers’ projects reflect this theme, though not all intentionally. Yu’s dresses are mostly pastels, a shift away from his previous black-and-white collections. Second-year Nabila Lotayef’s designs all feature a red floral-print trim. Second-year Celia Yuen, inspired by traditional Chinese, Japanese, and Korean outfits, is working with Asian florals; Yu said she is the first designer in recent memory to release a non-Western collection. “My idea of fashion is interesting shapes,” Yuen said.

The 12 DBC students’ designs will appear toward the middle of the runway show, in order of darkest to lightest color palette. There are nine other designers involved in the show, including a professional hat maker who has been featured on the group’s website. At odds with the floral camp is fourth-year Alicia French, who designed dresses for the show based off of various campus libraries, including the Reg, Crerar, Harper, and Mansueto.

Is MODA a family—or a family business? At a model call last week in Hutch Commons, 80 models’ heels clicked right by the Reynolds Club seal as they walked in circles. Pop music was playing (always). The models, now divided into two groups of 40 after their rehearsal outside, walked large loops around tables at opposite ends of the room, stopping to pose. Richer La Flèche, wearing a plaid dress, surveyed the scene.

At moments like these, it emerges that MODA is a large professional organization run by students. It strives to break even on the show every year. This year, as the group has transitioned to using the Logan Center Box Office as opposed to an independent contractor, ticket sales outside the University have plummeted. “Non-student ticket sales are down by 50 percent, although every factor other than the ticket sale platform has remained the same,” Richer La Flèche said in an e-mail. As MODA, 10 years in, brings together its component parts, Friday evening’s show will go on.

Tickets for Moda in Bloom will be on sale Friday, February 21 in Reynolds Club. Student tickets are $12. The show unfurls that Friday evening at 8 p.m.