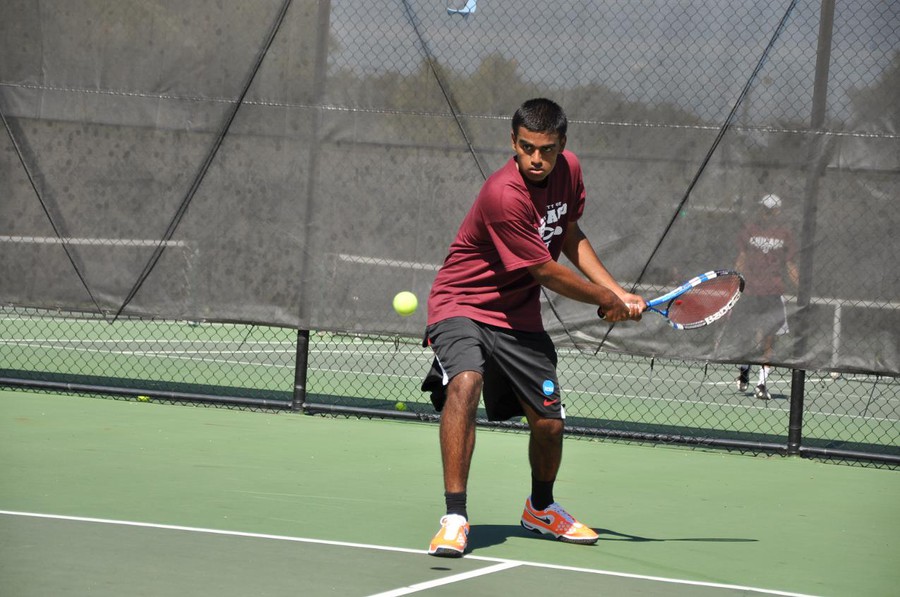 For more than three and a half hours on Saturday, the Maroons experienced what it felt like to be a DI team.

Unfortunately, they also experienced what it felt like to lose a nail-biter.

DI University of Illinois–Chicago (UIC) barely edged out Chicago 4–3 on Saturday. The Maroons fell to 3–2 on the season while the Flames improved to 2–4.

With UIC up 3–2 and third-year Ankur Bhargava along with second-year Gordon Zhang contending at No. 4 and No. 6, respectively, head coach Jay Tee remained optimistic.

“I was excited,” Tee said. “We needed two matches and had two of our best competitors left on the court.”

Although Bhargava ran with the first set 6–3, UIC’s Christopher Cole raised his game in the second and third sets, besting the Chicago third-year 6–2, 6–2 to end the Maroons’ hopes of a comeback.

“Ankur played his heart out, but [Cole] was just a little better that day,” Tee said.

With the dual already clinched, Zhang and Nicolas Aguirre played a 10-point tiebreaker to determine the winner at No. 6. Zhang led 8–5 before Aguirre earned two straight points. The Maroon remained composed for the 5–7, 7–5, 1–0 (10–7) win.

“Gordon always battles and always listens to coaching,” Tee said. “He did a great job of implementing a couple of suggestions and then played a super solid tiebreaker.”

Doubles used DI scoring where, unlike DIII, the three matches combined for one point, so the team that won at least two of three doubles matches would take that point.

First-year Max Hawkins along with Bhargava and fourth-year Zsolt Szabo along with first-year Brian Sun lost 8–6 at No. 2 and No. 3, respectively, before third-year Deepak Sabada and first-year Sven Kranz won 8–7 at No. 1. Those results effectively gave the Flames the lone doubles point.

“I challenged the guys to look forward and ask themselves how they will play differently in that same situation,” Tee said. “For the most part, those matches came down to our ‘core three’ in doubles—first serves, first volleys, and returns.”

“As Sven gets more experience at No. 1 and matures a little more, that’s a match he will win. Raa was just a little more steady and had an answer for Sven’s style,” Tee said. “We continue to work with Sven to develop with transition and net games, so he can win points in a variety of ways.”

At No. 3, the traditionally solemn Sun showed emotion and vocal energy as he attempted to stage a comeback after going down 6–1 in the first. His run fell short as he lost the second set 6–4.

“At one point during singles, when [Sun] was getting angry, I turned to another player and told him I didn’t even care that [Sun] was getting mad, I was just happy to see him show a little emotion,” Tee said. “But Brian is a young guy, and a guy I really like, so I’m confident he will develop a strong mental game to go along with his physical tools.”

“Max did a good job of making his opponent play more balls and also got to the net as often as he could, allowing him to use his superior volleys,” Tee said. “The more Max plays, I believe, the more confident he will get and the more his game will progress.”

No. 30 Chicago returns to action this Friday in Wisconsin against the No. 24 UW–Whitewater Warhawks.