For one week only, Gray Center presents University’s #PAST 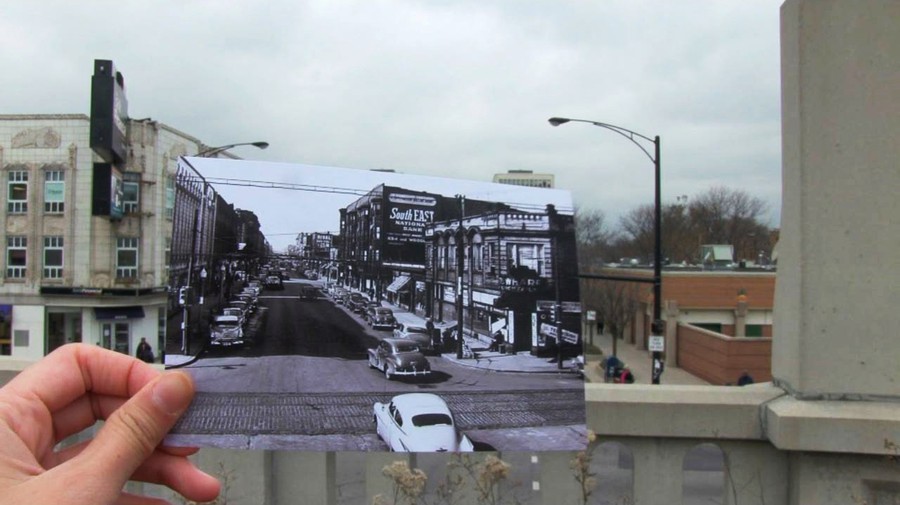 Courtesy of the Gray Center for Arts and Inquiry

The three years I’ve spent at the University of Chicago have produced an incredible series of structural changes: constructions and deconstructions that have radicalized and assumed the forefront of University life and memory. In 2012, the Logan Center reshuffled the structure of the arts on campus by fusing the theater and visual art departments into a singular space. Before that, space oddity struck the library as Mansueto pulled students out from corners of the stacks and into the light. Last summer, Pierce Residence Hall—the golden tower of the ’60s, complete with “riot-proof” amenities—was demolished to make space for a future Studio Gang commission that, even in its conceptual stages, somehow makes South Campus (built in 2009) feel obsolete and far away.

So much of the University as we know it is literally, physically, built on the present: The relatively short duration of time we spend here as students—more of a layover than a residency—is no doubt a contributor. All of these spatial and social changes push the history that’s older than the time we spend here increasingly further away from us. That’s where #FOLLOWUS comes in—as a multimedia, multidimensional installation produced by Kristen Schilt, an assistant professor in the sociology department whose research deals with sexuality and gender, and Chase Joynt, a Toronto-based transgender artist, in collaboration with five undergraduate students who expressed an interest in continuing the project as an extension from the autumn quarter course co-taught by Schilt and Joynt. Installed in the Gray Center Lab for just one week, beginning February 28, #FOLLOWUS is a collaborative artistic effort to reclaim the lesser-known or hidden past of UChicago—to pull it up to the surface through a shared system of storytelling.

As the final product of a two-quarter archival dig through documented history of the school, the group exhibit found its origins within 10 independent narratives that recreate and repopulate the institutional legacy of the University. In handling material from 1893 and 2013, #FOLLOWUS hopes to open up space to populate the field with multiple perspectives. But the project is not just about retelling personal and institutional history, Schilt said in conversation earlier this week.

The project is also dedicated to highlighting the moments of radical activism punctuating the University’s history, especially during the ’70s and ’80s—such as the ‘Nancy Reagan Smoke a Dope on the Quad Day’ in the late ’80s. By presenting a precedent of a type of history not typically associated with University culture today, #FOLLOWUS hopes to produce a heightened awareness of these issues in the future. By unpacking and presenting these documented efforts of University culture to probe, resist, and challenge normative social constructs and patterns of behavior, the exhibition aims to produce a sense of pride for the past and an eagerness toward future activism.

Schilt expressed her own surprise and excitement over the radical feminism embedded in the University’s history. Revealed by the group’s research was an active and apparent presence of feminism and efforts towards sexual equality in the late ’60s, taken up by both students and faculty.

As undergraduates who live out just four years in this space—and for the majority of us who move off-campus by our third year, much of the social scene wraps around apartment life and culture rather than space within the Quads. And with all the recent changes taken up by the University, our study patterns and hangout spots are not the only subjects of redistribution—memory dilates and recedes, coaxing a kind of soft ambivalence toward the past: blurred and peeling at the edges like a photograph.

So when vintage photos appear of mid-century school dances and college girls rollerblading to class arm-in-arm, our reaction is typically closer to a distant, perhaps mistakenly nostalgic type of amusement rather than a sense of real understanding of a situation within this timeline. But with this upturn of highly politicized and once obscured histories of the University—movements and activities sometimes daring, sometimes humorous, and never more relevant than they are today—#FOLLOWUS aims to enliven the past and our sensitivity toward it. Inherent to this type of ideological gesture is the building of solidarity between past lives of the University and its present: “I’m only possible from what came before me,” Schilt said regarding her reaction to the findings. Perhaps new forms of self-knowledge and directionality can also be produced by an exhibition of the past.

#FOLLOWUS is part of a larger collaborative project between Schilt and Joynt dedicated to exploring public narratives of identity construction funded through the Mellon Fellowship for Arts Practice & Scholarship.