You win some, you lose some: Chicago sees both sides of the coin 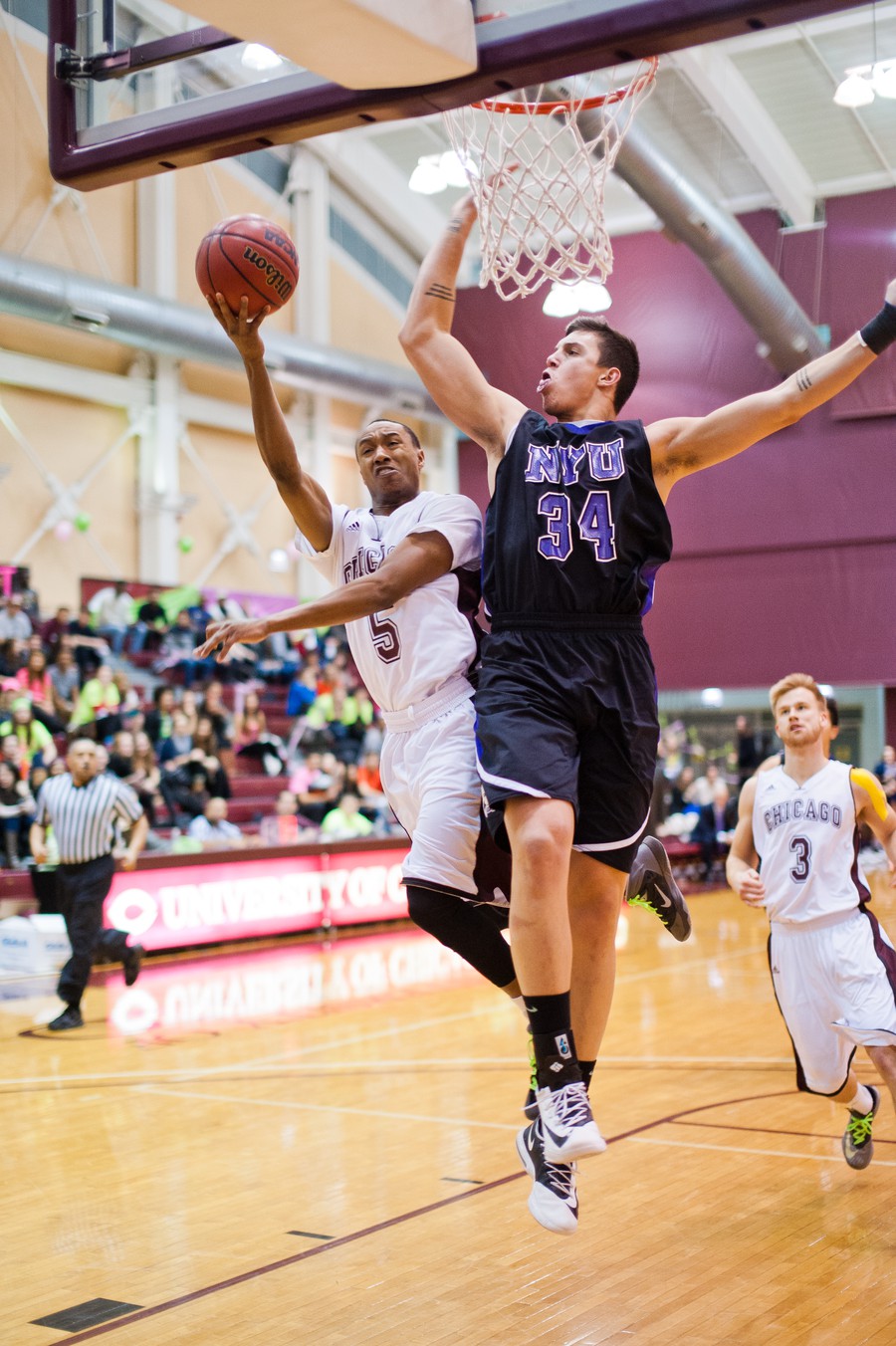 “Against Emory, the game plan defensively was to be with their shooters on the catch because they have a bunch of guys that can really score,”said fourth-year forward Sam Gage. “Also, we felt like we had an advantage inside so we made a concerted effort rebounding.”

However, despite their efforts to shut down Emory’s shooters, the game started off quickly, with both teams shooting a combined 69.2 percent from the field. Yet both the Maroons and the Eagles cooled off with around 12 minutes left in the half, and the game turned into a defensive battle. Emory slowly gained a 30–22 lead, before Chicago went on a 13–2 run to end the first half—highlighted by a steal from third-year guard Royce Muskeyvalley that he converted into an easy layup at the other end. The score was tied at 35 at the break.

Coming into the second half, Chicago went back to its game plan and relied heavily on its rebounding power to try and gain an edge, outrebounding their competition by five. However, despite their efforts on the boards and the sharpshooting of second-year guard Jordan Smith, the Maroons found themselves going cold, only putting in 2–11 from beyond the arc, while Emory went 6–12.

After going down by five, the Maroons found their fire as fourth-year guard Derrick Davis and Gage started pouring on the points, giving Chicago a 60–50 lead. Nevertheless, Emory fought all the way to the end, taking advantage of Chicago’s poor free throw shooting to bring the game within three. However, the Eagles missed their last five shots and fell to the South Siders by nine with a final score of 69–60.

The Maroons then traveled to New York to take on Rochester, a team that plays a similar style of ball to the Eagles.

“Our game plan against Rochester was similar to ours against Emory. We wanted to take away their shooters and really attack the boards,” Smith said.

The Maroons failed to take away the Yellowjackets’ offense, however, as the home team went up 11–2 in the opening minutes. In fact, Chicago had offensive problems of their own, going 1–9 from the field and turning over the ball five times. Layups from fourth-year guard Wayne Simon and second-year forward Nate Brooks got the ball rolling, and Chicago went into the half down 27–17.

Chicago edged closer in the beginning of the second half, as Brooks went to work in the paint to bring his team within six. But Rochester would not let Chicago get much closer than that, as they were able to hit from beyond the arc to keep their lead. The Maroons put on a last-ditch effort led by the back-to-back threes of second-year forward Alex Voss, but ultimately fell to the Yellowjackets by 10, with a score of 66–56.

“Rochester was tougher than us and played harder,” Gage said. “They were able to score on us inside and got to the 50–50 balls. Those two things were really the difference in the game as we were really able to finish defensive possessions when we were trying to get back into the game.”

Ultimately, his assessment of Chicago’s performance is right on the mark, as the Maroons were able to force Rochester into 13 turnovers and won the rebounding battle, with 21–11 offensive glass edge.

The Maroons look to stay above a .500 average in the second half of their season, starting with their rematch against Emory this Friday. Tip-off against the Eagles is at 8 p.m. at Ratner Athletics Center.