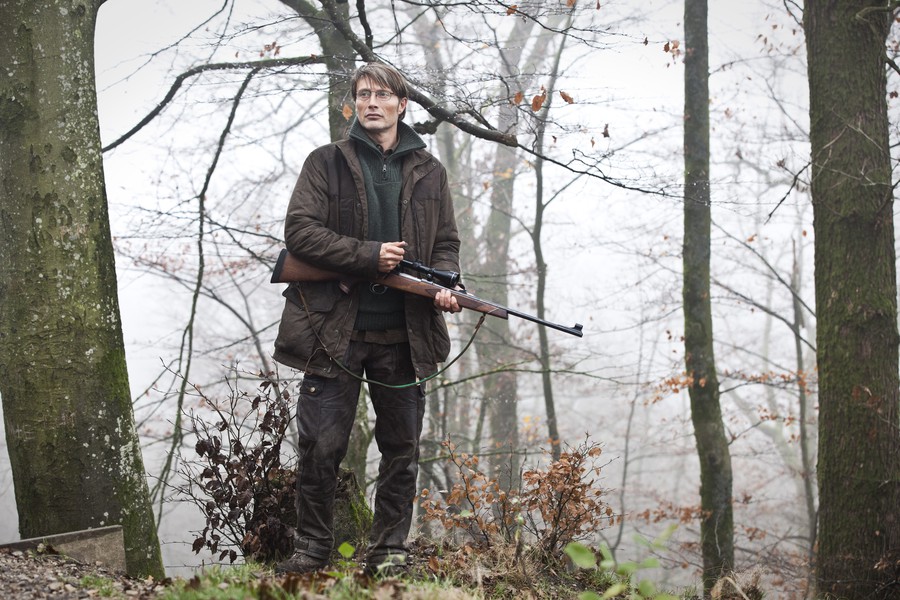 It is generally believed that children never lie. The Danish director Thomas Vinterberg proves exactly the opposite in his film The Hunt. The film, which is nominated for an Oscar in the best foreign film category, demonstrates that children are not always innocent. In fact, their wild imaginations sometimes lead to life-ruining lies.

The Hunt begins by introducing its main character, Lucas, played by the Danish superstar Mads Mikkelsen. Lucas is a decent man, temporarily working at a kindergarten because problems in the economy caused him to be laid off from his previous job as a teacher. He is introduced as a great friend and a genuinely good, patient person who enjoys his job. He is also a father fighting for custody of his teenage son. And yet when little Klara, his best friend’s daughter, accuses him of sexual abuse by lying to the kindergarten administrator about seeing Lucas’s genitals, everyone in his town automatically shuns him, including, unfortunately, his best friend.

Klara tells this lie to the kindergarten principal, who cautiously approaches the tender subject. A lie from one little girl spirals into the belief that Lucas abused many more children, and parents start looking out for signs of abuse, which include nightmares, according to the child psychologist. As tensions rise, Lucas’s son, Marcus, who lives with his mother, comes to see Lucas upon hearing the accusations. As any teenager would, he reacts significantly more physically to the attacks on his father’s reputation, at one point beating up an adult whom Lucas used to consider a friend. The climax of the film occurs at Christmas mass when Lucas confronts his best friend.

The plot of the film is very powerful. The audience finds itself trying not to hate the ignorant child, who, out of the simple desire for attention, came up with a lie that ruined an innocent man’s life. But more importantly, the movie shows the unity anger can create, for as the lie manifests itself, Lucas ends up being the target for unjustified abuses from the entire community. A shot is fired at Lucas’s window while he’s cooking with his son, he is refused service at the grocery store, and the butcher provokes a fight with him. It seems that from the start, the accusation itself convicts him, because as Grethe, the school administrator, said, “Children never lie.”

The cinematography of the film, shot by Charlotte Bruus Christensen, is fantastic. The film is set in late autumn, and the scenes of the hunt and the neighborhood show the yellow, orange, and red shades the leaves acquire at that time of year. Naturally, at the center of The Hunt, and nearly every shot, is Mikkelsen, who with this film demonstrates his versatility. Outside of Denmark he is best known as the star of the television show Hannibal, for his convincing portrayals of the frightening Le Chiffre, a villain with bleeding eyes, in Casino Royale; the 18th-century physician in A Royal Affair; and Stravinsky in Coco Chanel & Igor Stravinsky. The role of Lucas once more illustrates his acting gift. No matter what type of character he plays, his performance is extremely effective.

The Hunt is without a doubt one of those films that make the audience reflect for at least a couple of days. It is an outstanding movie that is undoubtedly a favorite among the Oscar contenders in the best foreign film category.