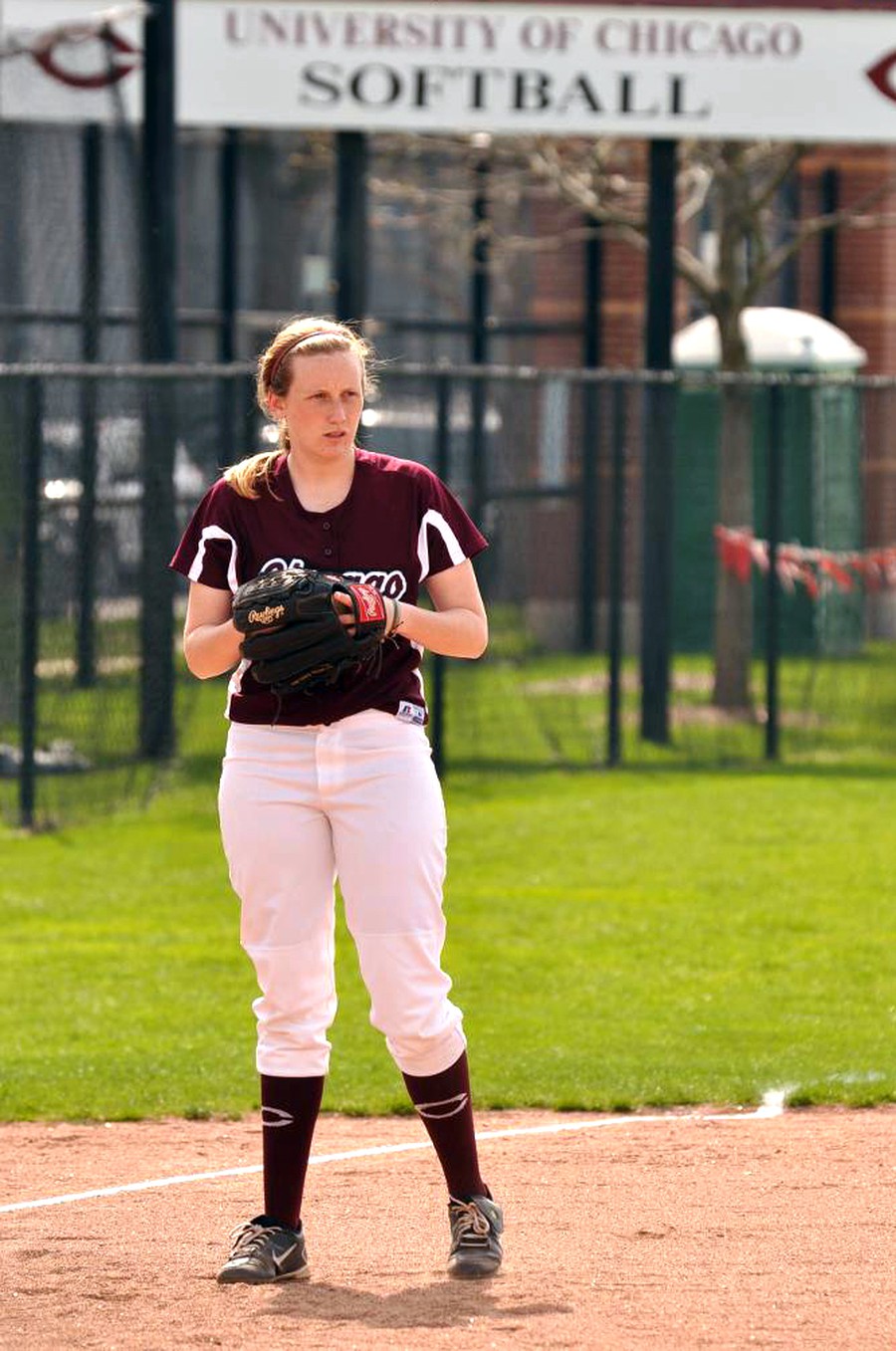 Chicago Maroon: When did you start playing softball?

Maddie McManus: I actually played baseball first, and I started playing baseball when I was in kindergarten. And I switched to softball in high school.

CM: Was there organized baseball for girls where you’re from?

MM: Oh, no. I played in the boys’ league. There was organized softball, but it wasn’t very competitive at the time. And there’s only one team of it. Versus with baseball there’s at least ten teams.

CM: What was it like playing with the boys, then, in middle school?

MM: I mean, I had fun. And there were a few other girls that also played and they kind of made the transition to softball with me. So, yeah, I didn’t mind it at all. And they were cool about it.

CM: Once you started playing softball, when did you know you’d want to play it in college?

MM: I think I decided that I for sure wanted to play in college when I was a junior in high school.

CM: So how did you end up here, with that in mind?

MM: For the most part, I was looking at schools on the East Coast, a lot of the NESCAC [New England Small College Athletic Conference] schools, places like that. But then, I was looking here because I have family in Chicago. And I came and visited with the team and did an overnight and everything, and I just really liked all of them and decided that this could be a good fit.

CM: What are the differences between playing softball in high school and in college?

MM: I would say that, obviously, college is a lot more commitment-wise, but you’re a lot closer with your team in college. And you’re hanging out with them all the time, and your team, more so in college than high school, kind of becomes like your family away from home. And if you’re having a bad day or anything’s wrong you can always go to one of them. I’d say that’s the main difference.

MM: I wish I could say I did. But no, not really. You know, sometimes I’ll watch games when they’re on ESPN, but I’m not a big follower. They actually don’t even really show it much on TV, or anything like that. There was a semi-pro team near where I’m from in Connecticut called the Brakettes and they were basically a bunch of really good DI players who would play there for the summer. So I went to a few of their games. And my travel team played against them a few times. Yeah, we never did too hot but they were very good.

CM: So you’re a Red Sox fan, in baseball. Do you have a favorite player?

MM: My favorite player is Nomar Garciaparra. It was a sad day when he got traded [to the Cubs].

CM: Funny that you ended up in Chicago, then.

MM: I know, right? But that’s why I wear the number 5. Because that’s Nomar’s number.

CM: What are you thinking about when you’re playing? Either in the field or at bat.

MM: I’m always trying to anticipate the next play and try to stay calm out there and not get too nervous or stressed out. Just be relaxed.

CM: Do you think you’ll keep playing next year, in some way?

MM: I would like to maybe join a slow-pitch league or something like that. I know they also now have a lot of U23 softball teams. And I played on one of those not last summer but the summer before. And a lot of girls who were on the team had just graduated from college. So I would consider maybe looking into one of those depending on where I am.