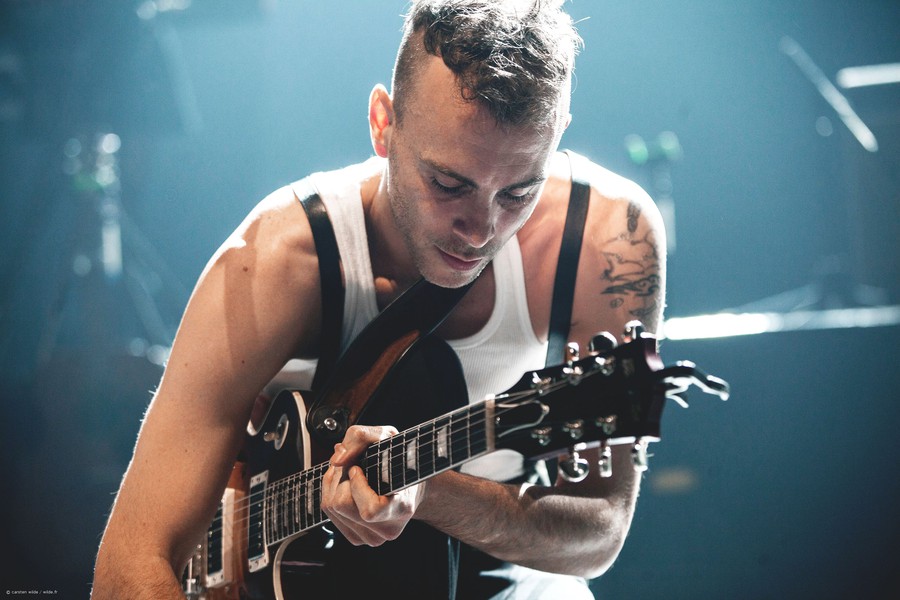 If one were to listen to the music of Asaf Avidan, an Israeli singer-songwriter, chances are they’d be convinced that the singer is a female chain smoker who enjoys indulging in whiskey. Tel Aviv native Avidan, however, is a skinny man with a mohawk. Acclaimed in Europe and in Israel, Avidan came to Chicago as part of his first North American tour, and his first as a solo artist.

Avidan previously performed as the front man for the aptly named Asaf Avidan & the Mojos, a folk rock outfit that he founded in 2006. He left the group in 2012 to pursue a solo career, and last year saw the international release of his first solo studio album Different Pulses, songs from which he performed at the Old Town School of Folk Music this past Thursday.

The farthest seat in the fantastic venue that is the Gary and Laura Maurer Concert Hall is a mere 45 feet away from the stage. This, combined with the hall’s incredible acoustics, floor seating, and dim lighting, created an intimate and soulful atmosphere for Avidan, alone on stage, to broadcast his dulcet tones. The fact that most of the audience had drinks in hand didn’t hurt, either.

Avidan’s accomplishments as a musician are a result not only of his incredible, octave-defying vocals, but also of his skill as a lyricist and his ability to play numerous instruments fluently. His songs tend to focus on personal experiences, among which failed love is definitely the most recurring. “I said, ‘Baby I adore you.’/ She said, ‘No babe, you’re just afraid,’” he sang in “Anchor.” Avidan accompanied most of his songs with his guitar; however, he also played the harmonica and a percussion synth. At one point during the show Avidan used a loop machine to perform the Mojos’ “Weak,” proving to the audience that one musician with a loop machine can create incredible live music.

Between songs, Avidan entertained the audience by sharing the story of his greatest failed relationship, which he compared to two islands floating apart. The spectacular heartbreak that ensued inspired him to share his emotions through music, ultimately leading to his career as a songwriter. The audience was compelled to ruminate further when Avidan discussed the concept of time, explaining that time is “one long, thin line” that we “divide into cyclical patterns” what we call seconds and minutes, “all so that in the end we can say, ‘365 days ago, I was here! I exist!’”

Avidan left his signature number, the tense and frantic “Reckoning Song,” for the encore, which at first stressed out several audience members but ultimately satisfied everyone’s musical desires. Avidan also performed his newest song, “Tunnels,” which was inspired by a friend of his explaining his depression by saying, “My tunnels are long and dark these days.” The song was pervaded by a melancholy mood, as is characteristic of Avidan’s music. The “Reckoning Song” serves as the rare exception, at least in the Wankelmut remix that led to its popularity on dance floors across the world.

Asaf Avidan is an artist worth listening to. Influenced by American folk music, but hauntingly skewed by his androgynous vocal range, the work of the Israeli musician is unique and enticing. Avidan’s performance and charm and the inherent virtues of the magnificent Maurer Concert Hall combined to form a truly unforgettable concert experience.