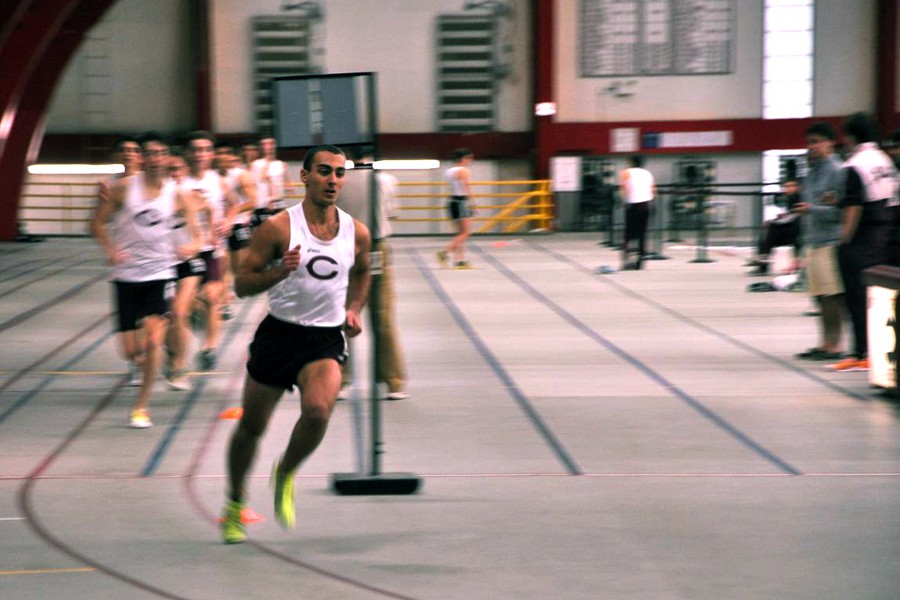 Chicago Maroon: When did you start running?

Renat Zalov: I started running in sixth grade, and played soccer the year before that. So I’d missed the cross country season because they were the same time. And then I started track, really liked it, and decided to switch to running full time.

CM: When did you know that you’d want to run in college? Or that you’d be able to?

RZ: I think I really started showing results sophomore year of high school. That’s when I really kind of thought seriously about, “Hey this could be a possibility.”

CM: Was it a priority when you were looking at schools and deciding where to go?

RZ: Yeah, I think I put a lot of emphasis on a place that I could run, which would probably be a DIII college. But my first requirement was academics, and then the sport.

CM: What are the differences between running in middle school, high school, and college?

RZ: So the difference between middle school and high school is that middle school is very, very relaxed. You don’t practice every day. Mileage is very, very low. And then high school, depending on where you go—I went to a high school where the coach gave us a lot of mileage. And there were structured workouts, which was a very college-like training approach. And then in college, there are almost no off days. Two or three workouts a week and our mileage is about anywhere from 70 to 100 miles a week, depending on the person.

CM: Do you follow any sort of professional running?

RZ: I do. The team has bought an account on Flotrack, which is a website dedicated to track and field and cross country. And whenever we see something really cool about professional running, we actually email it out to each other.

CM: When you follow it, is that as peers, or as something to aspire to?

CM: What do you think about during a long race?

RZ: A lot of times a song will get stuck in my head. And I’ll sing; I guess I won’t sing it out loud, but it’ll go over and over in my head. That helps a lot. I think a very important thing, especially in the early stages of the race, is to ignore the buildup of the lactic acid. It’s very difficult to ignore at the end of the race, because it’s just in your face. But that’s when you start to push through and you kind of focus.

CM: I know that you guys run in a pack and have strategies associated with that. When you run, are you thinking more on the individual level or overall?

RZ: We train together in groups and that’s the same way that we run. And so when we run in a pack it’s not about, “Oh how can I be better alone.” It’s about, “How can I help pull the group along?” Sometimes at the end of the race, some people in the group—just because they’re not feeling well or something—they can’t hang on. And that’s on them. But for most of the race, you run together, and help each other. You switch off leads, which is hard. It’s hard to lead. Especially the older runners, the more experienced runners, will switch off leading to help the group not lose pace.

CM: Do you feel like being an athlete influences your mindset?

RZ: I think that being an athlete, especially at this school—and I noticed this in high school, too—a lot of times you notice that athletes are a little more disciplined with the way they approach homework. Just because we don’t have the luxury of having an extra two, five, three, or four hours. So we try to get our work done on the weekends and get in some sleep.