UChicago's own StarCraft team currently ranks as the third-best in the nation in the Collegiate StarLeague. With playoffs beginning at the end off March, does victory lie in virtual waiting? 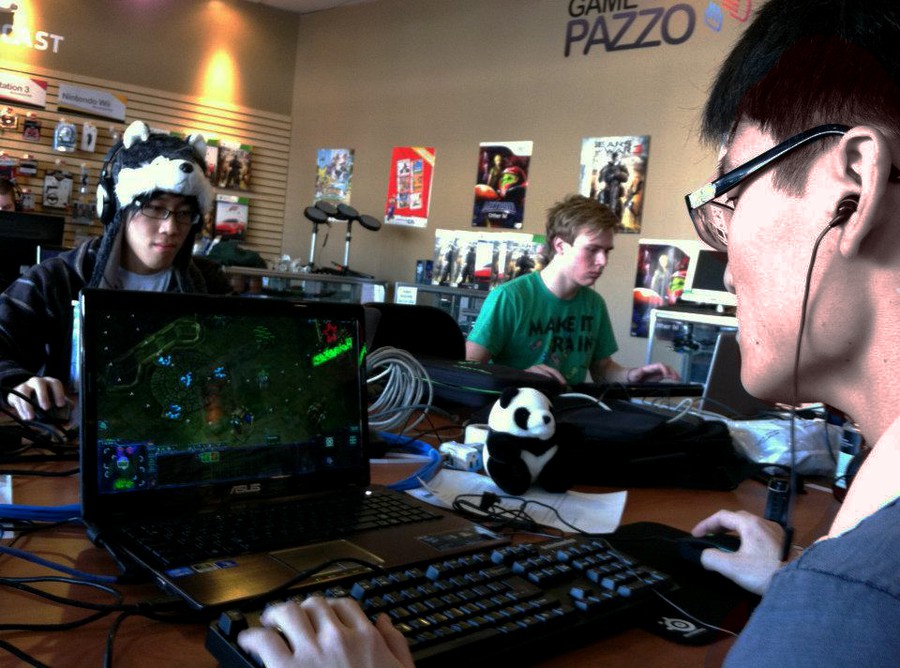 This past weekend the Chicago StarCraft team capped off a stellar season, defeating Michigan State and ending the regular season undefeated. The South Siders have plowed through the opposition this year, shutting out their opponents in four of the eight competitions this season and solidifying themselves in the Collegiate Star League (CSL) rankings as the third-best team in the nation, trailing only the University of Toronto and Georgia Tech.

Starcraft, for those not aware, is an online real-time multiplayer strategy game in which individuals control an army of one of three races and battle to defeat their opponents. The player controls groups of units from a third-person perspective in a battlefield on an alien planet or futuristic city. The science-fiction setting of the game lends itself to incredibly intricate character designs and backstories, and although they are not always visible on screen, the individual units and the dystopian space colonies where the battles occur are surprisingly detailed.

Players can choose between the Protoss race, an advanced alien species that looks like the Na’vi from Avatar; the Zerg race, a species of violent aliens similar to the creatures in the Alien franchise; and a group of humans known as the Terrans. Each race has its own unique strengths and strategies. The goal of StarCraft is to collect resources, build an army, and destroy the opposing team with these armies.

Competitive collegiate StarCraft is composed of a best-of-five series. There are three one-versus-one games, followed by a two-versus-two game and a final one-versus-one game, in which the “ace” player is allowed to play a second game to break the tie.

Chicago StarCraft is a relatively new organization but is growing in popularity. Members meet twice a week to play casual games for practice and hang out with other players. Although all of the players are full-time students, players on the competition team must devote a large portion of their free time to honing their StarCraft skills and tactics to remain competitive in upcoming matches. Regarding tactical strategy this season, the Maroons have focused on preparing extensively for their matchups, according to competition team member Sean Sullivan.

“We always do our homework when we’re prepping for a match,” Sullivan said. “But the real secret to our undefeated season has been ace player [and fourth-year] Thomas Joe. [Joe] is to StarCraft what Reggie Bush was to college football when he played at USC, just an unstoppable force.”

Joe, who goes by the screen name Logic, occupies the “ace” position in the Chicago lineup and hasn’t lost a match yet this season. However, he’s not the only player who has been turning heads this season. Fourth-years Tyler Zhu and Nathan Blau, co-presidents of the Chicago StarCraft organization, have had an incredibly successful pairing in two-versus-two matches this year.

“[Zhu] and myself are currently undefeated in two-versus-two matches,” Blau said. “We met during my second year and it was love at first sight. Before each two-versus-two match we look at each other longingly, bump fists, and declare our opponents as ‘easy peasy’. They always are.”

By virtue of their victories this season, the Maroons have qualified for the CSL playoffs this month, the equivalent of March Madness in basketball. While Chicago has had a very successful strategy during the regular season, the playoffs are a best-of-seven series instead of a best-of-five, and the team may have to alter its strategy.

“For the playoffs, we’re adding[first-year] David Tag and [third-year] Viktor Moros to our lineup for the best-of-seven,” Blau said. “They’re both solid players, and there’s a good chance that with a few more weeks of practice they’ll be able to challenge some of the more senior members of the team for top spots.”

Despite the change in format, the team members are confident that Chicago can do well against other teams and advance far in the postseason.

“I think we are capable of winning a championship,” Sullivan said. “I think we’re going to cruise from the round of 64 all the way to the round of eight before we hit any real competition. We’ve been an underdog all season, which has worked in our favor.”

The team encourages members of the University community to come out and show their support during these matches. The playoffs begin March 23 and spectators can watch the Maroons compete in Harper Library or stream the matches online at twitch.tv/the_ursadon.

“Florida State has football, Duke has basketball, and Chicago has StarCraft,” Blau said.