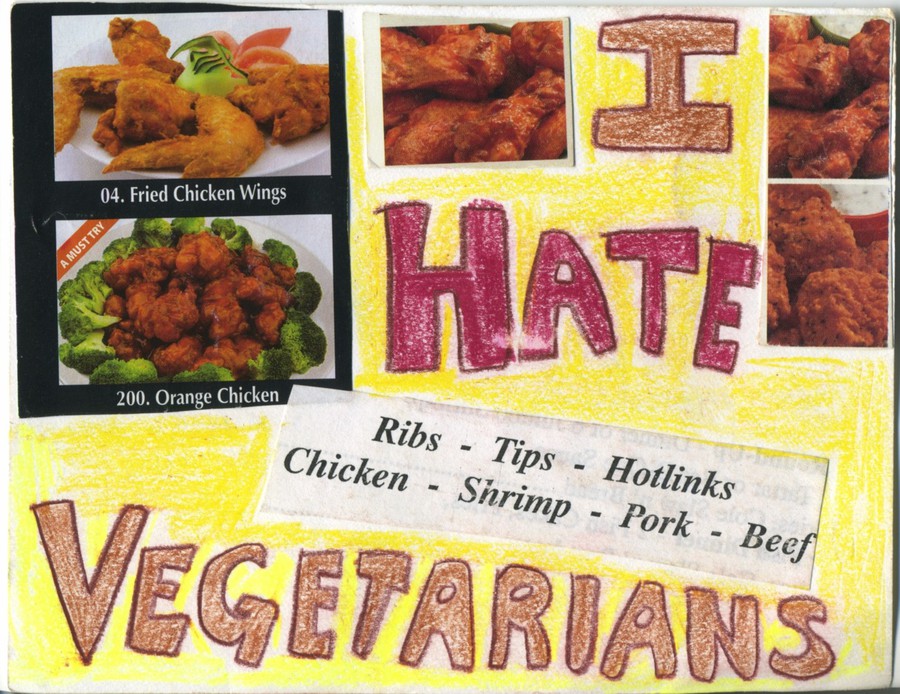 “My biggest career aspiration in life is to be a Power Ranger.” “I hate how privileged I am and wish I were doing more to end inequality.” “I don’t know if this is worth $120,000 of debt.” “I think vegans and vegetarians demand too much.”

On Wednesday night, these and many other student secrets were on display as part of ArtShould’s PostSecret Gallery Night. After collecting what are known as “PostSecrets,” which were placed in orange mailboxes in student cafés this quarter, the organization unveiled the cards. The statements ranged from emotional confessions to quirky complaints.

The event was inspired by PostSecret, a community art project in which people anonymously mail in their secrets on postcards to Frank Warren, an artist who then displays them online, in books, or at galleries. The concept was brought to the University four years ago, and the PostSecret Gallery Night has been hosted three of those years.

This year, the project partnered with the new student podcast, The Quad, to create the opportunity for people to call a number and record their secret for others to listen to.

“It is such a small project that anyone can contribute to it,” said fourth-year ArtShould member Wendy Guan. “You don’t have to be an artist to make a little postcard. The anonymous aspect is also really interesting because people say a lot of things that they usually feel that they can’t share in public. We like that we provide people with a way to express their thoughts and open up.”

Over the past three years, ArtShould has collected more than 400 postcards. Fourth-year ArtShould member Alexi Williams said she has noticed a trend on campus for anonymously revealing thoughts, citing the UChicago Crushes and UChicago Secrets Facebook pages.

“It’s always nice when people come who are sort of hesitant about this idea, who didn’t make PostSecrets themselves, and they see ones up and are like, ‘Oh! I totally do the same thing or feel the same way about this,’” she said. “I feel that’s one of the things people find very cool, that they can relate to these secrets, things that they wouldn’t normally reveal. If people can do it in an artistic form too, that’s awesome.”

In addition to PostSecret, ArtShould runs after-school programs for elementary school students in Hyde Park and Woodlawn and also hosts workshops and events.