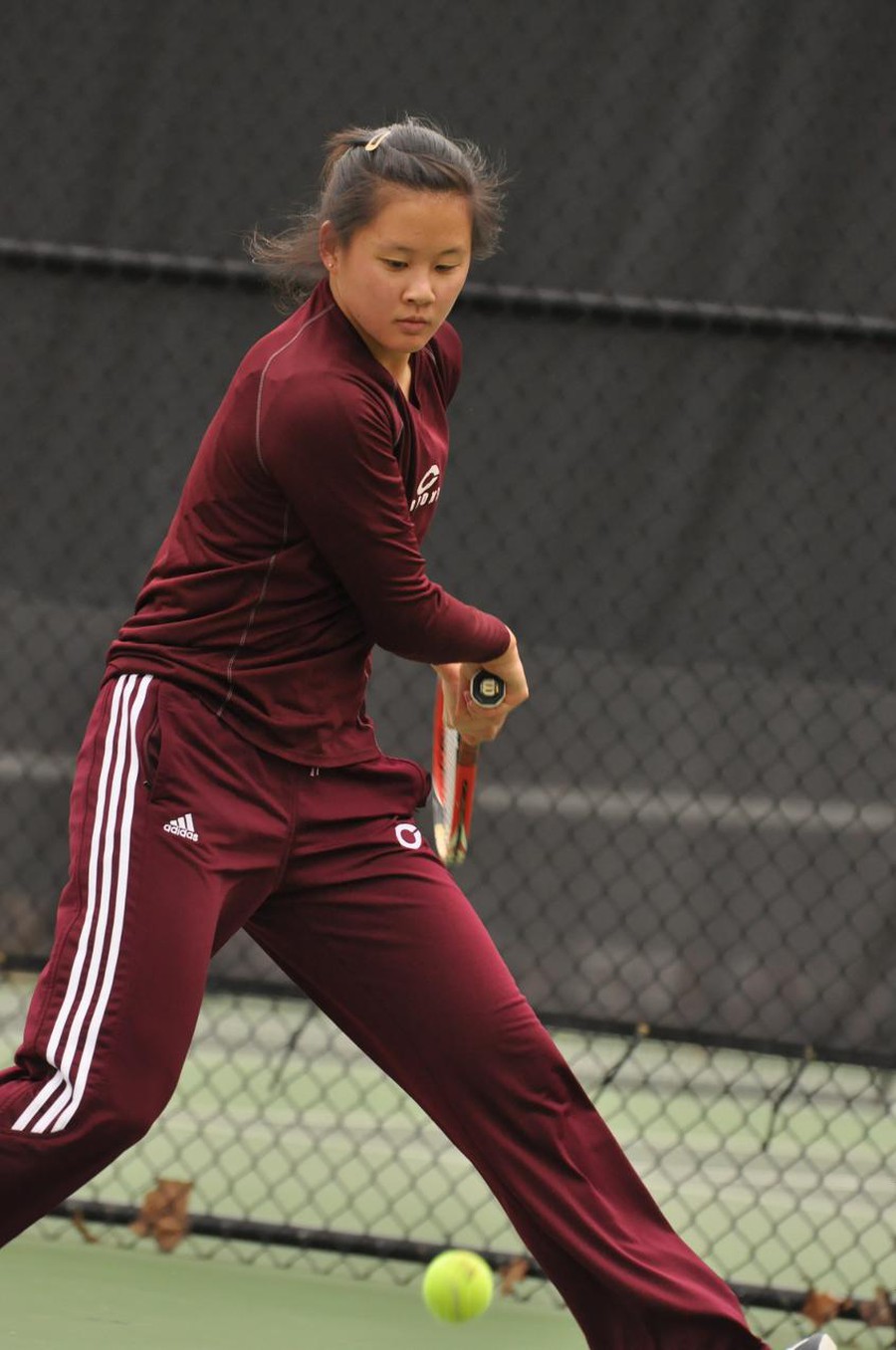 If the promising change in the weather is any indication of where the women’s tennis season is headed, the Maroons are in for sunny with a chance of a hat trick.

After a strong third-place showing at the Midwest Invitational last weekend, the No. 12 Maroons (7–7) are looking for a strong finish to the regular season on their own home court. Case, Coe, and Wash U are making the trek to Hyde Park to compete against Chicago.

Last weekend saw the South Siders winning two of their three matches, despite some hiccups in their doubles play.

“We definitely did not play to our potential last weekend in terms of doubles,” third-year Maggie Schumann—who plays No. 3 doubles—said. “One of the main things we struggled with was consistently playing aggressively and proactively acting on the first ball, especially at the net.”

Head coach Jay Tee and his team recognized the challenge and responded accordingly.

“This past week in practice, we’ve put an intense emphasis on doubles, focusing on constantly moving forward and putting the ball away,” Schumann said.

Consistency in doubles play is going to be vital for the Maroons this weekend, given the caliber of the teams against which they will be competing.

They begin with Case (8–7) on Friday. Currently ranked No. 27, the Spartans are also coming off a strong 2–1 showing last weekend. The outcome of this match will likely come down to the two teams’ abilities to adjust and improve on their weaknesses, as Case also dropped multiple doubles games last weekend.

On Saturday, the Maroons will face Coe (16–3). Despite its stronger record, Coe has yet to face a team as highly ranked as Chicago, and the Maroons have yet to lose against an unranked team this season. Unlike the other two teams competing this weekend, Coe is an unfamiliar face.

“We’ve never played them in the past, so we’re excited to play someone with a blank slate. We are familiar with girls on teams that we play consistently, so it will be refreshing to play against a new team without any record or pre-established expectations,” Schumann said.

This taste of the unknown is important as the team heads into postseason play.

The final match of the regular season comes against cross-sport rival, No. 10 Wash U (13–3), on Sunday.

“We definitely have a bit of a rivalry with Wash U since we’ve always been very competitive with them in the past. Last year we went 2–1 against them, so we’re looking forward to competing with them on Sunday, especially at our home courts,” Schumann said.

The Bears will prove to be a fierce challenge for the Maroons, as Wash U defeated DePauw 7–2 last weekend, while the Maroons lost 7–2 to DePauw in their previous match.

This weekend is an important one as the momentum gained or lost by any team is going to carry it into the UAA Championships. Chicago faces off against Case at 3 p.m. on Friday, Coe at 9 a.m. on Saturday, and Wash U at 9 a.m. on Sunday.