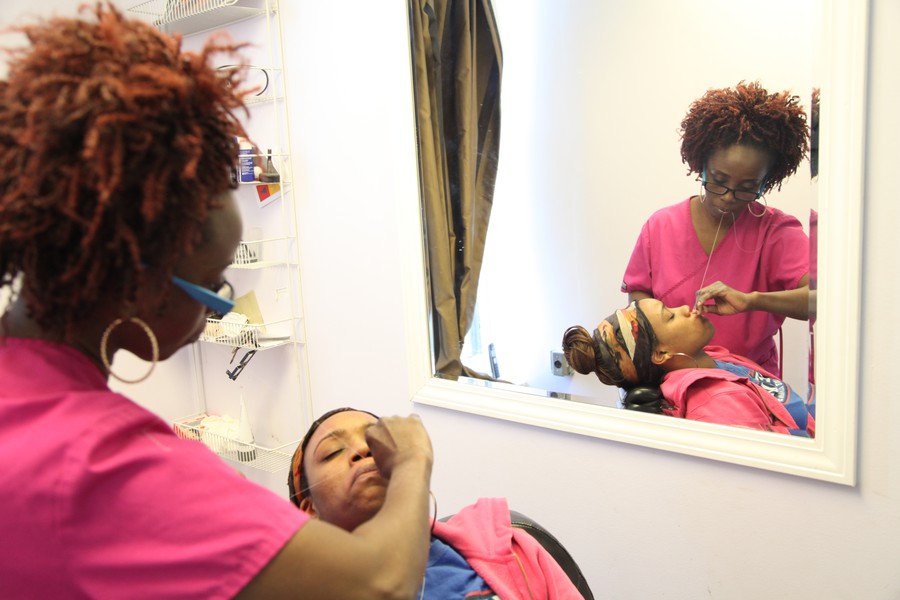 Sahan Motherland Salon and Spa has two weeks to relocate from its current location in a building located at 1459 East 53rd Street, which is set to become part of the University of Chicago’s Chicago Innovation Exchange (CIE) incubator, according to a verdict reached in court on Wednesday.

“I have been frustrated, spending money for lawyers and everything, for [the University] to be there and stand on their power and want to kick me out,” Akroma Sahan Kourouma, who has run the salon for 20 years in that location with her husband, said after the verdict was announced. She initiated the lawsuit in January against Lake Park Associates (LPA), which buys and sells real estate for the University, when it attempted to terminate her lease early. Last year, LPA purchased the building where the salon is located.

The University released a statement about the verdict, which read, “From the time the University purchased the building at 1459 East 53rd Street, we worked with tenants with long-term leases, including the Motherland Salon, to accommodate their needs.”

The decision also called for several months’ rent—several thousand dollars and a major part of the dispute—to be returned to Kourouma by LPA.

The conflict began in July 2013 when Kourouma was approached by her agent at LPA. The agent, to whom she pays rent, informed her that the University wanted her to move after her rent was late that month.

“We were a little late on that one time and they come and say, ‘Oh, the University wants the place,’” Kourouma said. “I said, ‘What do you mean they want the place?’.... My lease is not to be broken until the complete end of 2015.”

Kourouma alleges that the rent was late because LPA did not cash the check she and her husband sent. “They made it late, because when we gave them the check, they did not cash the check,” she said. Kourouma said that she and her husband arranged a cashier’s check to pay for the rent, which would ensure that they had the funds to pay for it. Kourouma said all the rent is currently paid in full. The University disputed those claims.

“The idea behind the space is to bring together different elements of innovation and entrepreneurship here on the South Side and to be a gathering spot for University faculty, students, and local entrepreneurs to start businesses,” he said.

Calmetta Coleman, the director of communications at the Office of Civic Engagement, highlighted support for existing local businesses as one of the goals the University has for the development of Harper Court. “The University’s focus has really always been around supporting local businesses, either helping existing businesses stay in the neighborhood and be successful, helping new local business owners open in the corridor, or helping promote the whole district for the success of all the businesses,” she said.

The Harper Court development, which officially opened in November 2013, is an asset to the community, Kourouma said. That, in large part, is why she wants to stay.

“We love the development; we love that everything is growing—it’s beautiful,” she said. “The only frustrating thing is that as small business owners, we feel left out…. They’re not giving a chance to the small businesses who have been here for years and have been a part of the community. Now that the community is growing, for us to be moved, that is really not pleasant at all.”

Representatives from the University met with Kourouma to address the situation in January. According to her account, she said that she would move if the University provided her with compensation or a space for her business to move into, since breaking her lease would have financial consequences. When she mentioned taking legal action, “they [the University] said, ‘Oh, you don’t have to get your lawyer; we have better lawyers than you,’” Kourouma said. “I’m like, ‘I understand I’m a small person; I know you have better lawyers—you make lawyers.’”

When she asked for the University to relocate her business to one of the vacant storefronts in Hyde Park that LPA maintains, she said she was told that she wouldn’t be able to afford the rent. “So you’re just going to push people out and raise the price of the rent so small businesses cannot afford it?” Kourouma said. “It was not fair to me to hear that, telling me that I cannot afford it.”

Support from the community and students at the University has been overwhelming, she said. People have offered to march for her and gather petitions. Colette Salemi, a first-year master’s student at the Center for Middle Eastern Studies at the University and customer of Kourouma, has even created a Facebook group to monitor this issue.