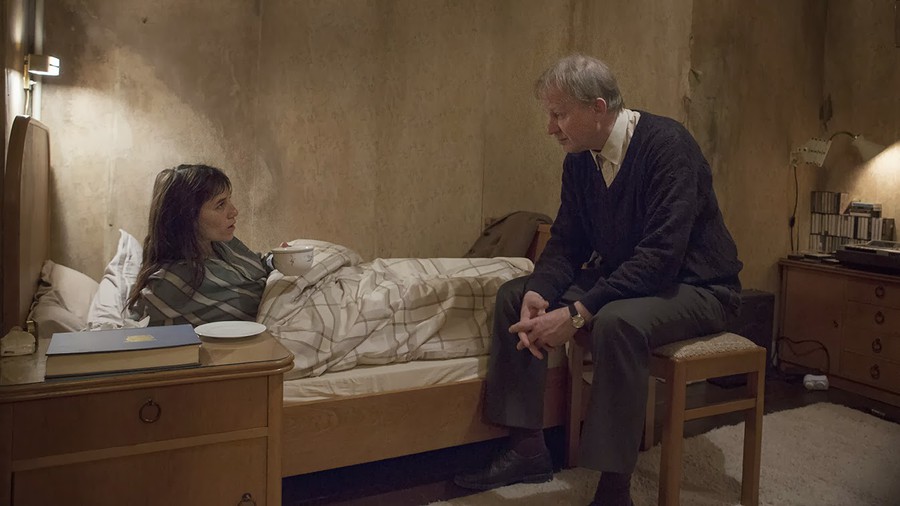 Pornography is a billion-dollar industry based entirely around the unquenchable human fervor, if not flaw, to fuck. We all consume pornography in some way and at some point or another, if out of no other urge than to satisfy a morbid curiosity about the subject. And sex is a curious thing. Recall your prepubescent years, and the mysterious aura that surrounded Dad’s hidden stash of antiquated yet still effective pornographic materials, and Mom’s unusual toys.

But before we classify the film as pornographic material and add it to the stack in the attic, we first must understand and approach the showmanship of von Trier as mature adults. Obviously we don’t have to look very far to assume that in a film called “Nymphomaniac,” there’s going to be a lot of fucking. The Boston Medical and Surgical Journal identifies nymphomania as a serious disease, originating speculatively from psychological and hormonal imbalances. Such medical and psychosexual annotations, however, tend to disinterest the general public—few of us have experienced or know someone who has experienced such symptoms firsthand, and often find it difficult to understand it as a “real” disease, one with very real effects and consequences. We joke and judge instead. Still, we all possess the ability to feel for someone in suffering, to empathize as though dealing with a patient whose pain is more readily visible. For evidence, see 2012’s risqué yet revealing Thanks for Sharing, a film that makes Nymphomaniac look tame by comparison. Stuart Blumberg managed to make us care about his sex addicts, and von Trier does the same here.

Joe, played by Charlotte Gainsbourg, is the primary nymphomaniac, whose bare-all, see-all eidetic recounting of her life constitutes the film. To a prudish or conservative viewer, her retelling would seem indecent and overly invective. But she still has a rather likable vibe. Uninfluenced by bodily hormones or post-viewing horniness, I can say with full confidence and lucidity that Gainsbourg’s portrayal of an admittedly flawed character is powerful, poignant, and poetic. And the contrast produced by von Trier’s cutaways from Joe’s sexploits to the extensive academic pursuits of a sophisticated, albeit virginal, older male figure (Stellan Skarsgard) were particularly well done.

As for the controversy of Shia LaBeouf’s method acting gone horribly awry, all I can say is: There’s no such thing as bad publicity, and the film doesn’t suffer from his antics. LaBeouf is a sensational actor with a penchant for decidedly strange dramatic decisions and even stranger “artistic” ones. The choices he has made (and is inevitably going to make) have consequences, and so far he’s had his share of criticism. Still, he seems impenetrable.  Nymphomaniac is a breakout role of sorts for the 27-year-old former child star, who has successfully deviated from his first mainstream persona as “that Transformers guy.”

If the film succeeds, though (and it does), it is chiefly an effect of its masterful screenwriting and von Trier’s steady hand behind the camera. There was sex, and it was meaningless, both to Joe and in the broader context of the film’s narrative, but just as with two madly smitten lovers, after a night of wild, steamy, aching lovemaking, laying together stark naked under white sheets, the sex in Nymphomaniac brings with it a new sense of perspective; parts of the film are almost existential, in a weird, post-coital kind of way. And unlike Steve McQueen’s Shame, where the associative nature of sex is predominantly masculine, this is a woman’s manifesto. If the problems the film tackles are more distinctly feminine, they are no less real or complex, and von Trier does not treat them as such.

For better or for worse, Lars von Trier has irreparably blurred the line between mainstream film and pornography with this latest outing. But, then again, that’s not really the point. For von Trier, sexuality, however explicit, is auxiliary, just another way for him to tell the dark tales he wants to tell. Nymphomaniac isn’t about explicit, on-screen sex—well, it isn’t just about that. It’s a story of human struggle. Explicitly.