Bhargava shines as Maroons beat Kohawks, lose to No. 2 Bears, No. 10 Spartans

The Maroons men's tennis squad played a few ranked teams and came away with one victory on the weekend. 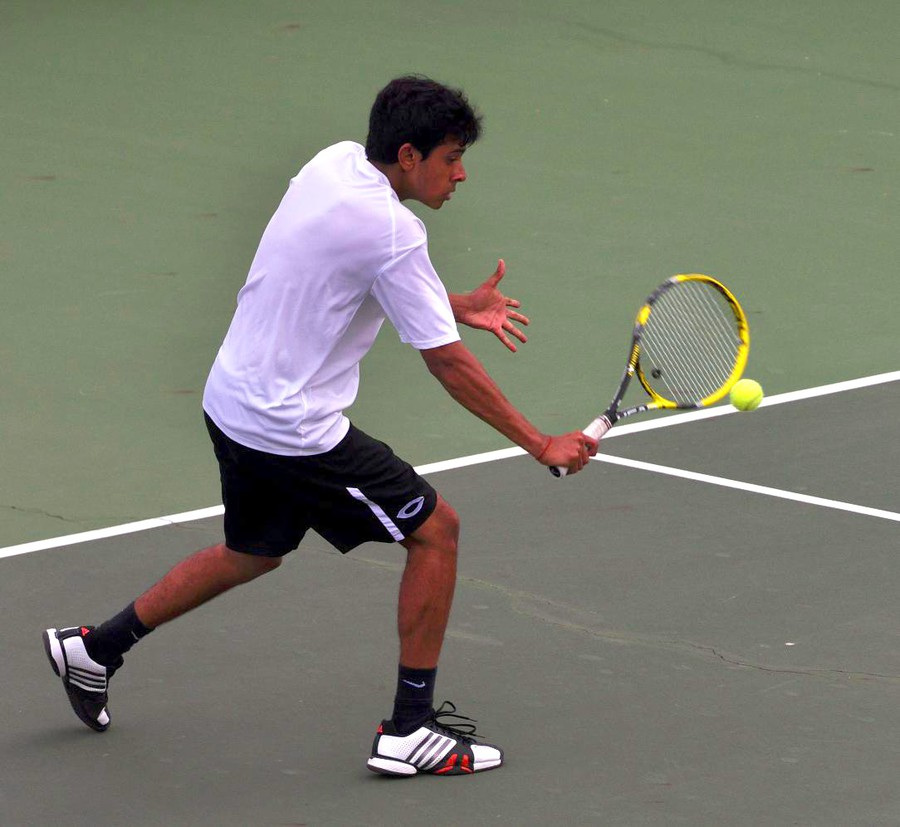 After surging to a No. 17 national ranking, Chicago endured an up-and-down weekend home stand these past few days before postseason play begins next week.

The Maroons opened up their three-match stretch this past weekend with a grueling fight against No. 10 Case. Rankings held true, as the South Siders weren’t able to come out on top against the Spartans in a 7–2 loss but were nonetheless able to claim victories in singles and doubles. Third-year Ankur Bhargava picked up two wins at No. 2 singles and No. 3 doubles with second-year Gordon Zhang.

While the Maroons’ record dropped to 7–7 following the loss to Case (13–5), the team was able to maintain a positive outlook heading into its Saturday matchup against Coe (21–6).

“We learned a lot from the match and are looking forward to playing them again at the UAA tournament in two weeks’ time,” third-year Deepak Sabada said.

Facing Coe College this past Saturday, the South Siders were able to change their fortune, improving to 8–7 as they put together a 7–2 victory over the Kohawks in dominating fashion. The Maroons decisively swept doubles matches, which were played in single supersets, requiring eight matches rather than the traditional three-set format, requiring six matches.

Specifically, doubles tandems of Sabada and first-year Brian Sun, fourth-years Krishna Ravella and Zsolt Szabo, and Bhargava and Zhang came out victorious. In singles, the Maroons were able to count Sabada, Bhargava, first-year Peter Muncey, and Zhang as victors on the day, adding up to the 7–2 victory, as the team began to look forward to their Sunday showdown with rival Wash U.

Against the Bears, the Maroons faced their stiffest test thus far this season, as No. 2 Wash U entered the match with an impressive 14–2 record. While Chicago eventually came up short on Sunday, it was able to take home three matches that day, resulting in a hard-fought 6–3 loss. In singles, the Maroons were able to boast winners in the first and third slots, as Sabada and Bhargava each came out on top over their opponents. Notably, Bhargava was able to endure an opening set defeat to eventually win out against Wash U first-year Jeremy Bush by a score of 4–6, 6–1, 6–2. Furthermore, the second-slot doubles team of Ravella and first-year Max Hawkins won in the superset by a score of 9–7.

“I think the team is developing very well. We are becoming closer as a team, and the team dynamic really helps us become better, collectively and individually,” Sun said.

With an 8–8 record in hand, the Maroons will be wrapping up their regular season campaign this Thursday against Wheaton at home at 4 p.m. before heading to the UAA Championship in Altamonte Springs, FL, from April 23–26.