Death of a Salesman: The end of Mad Men 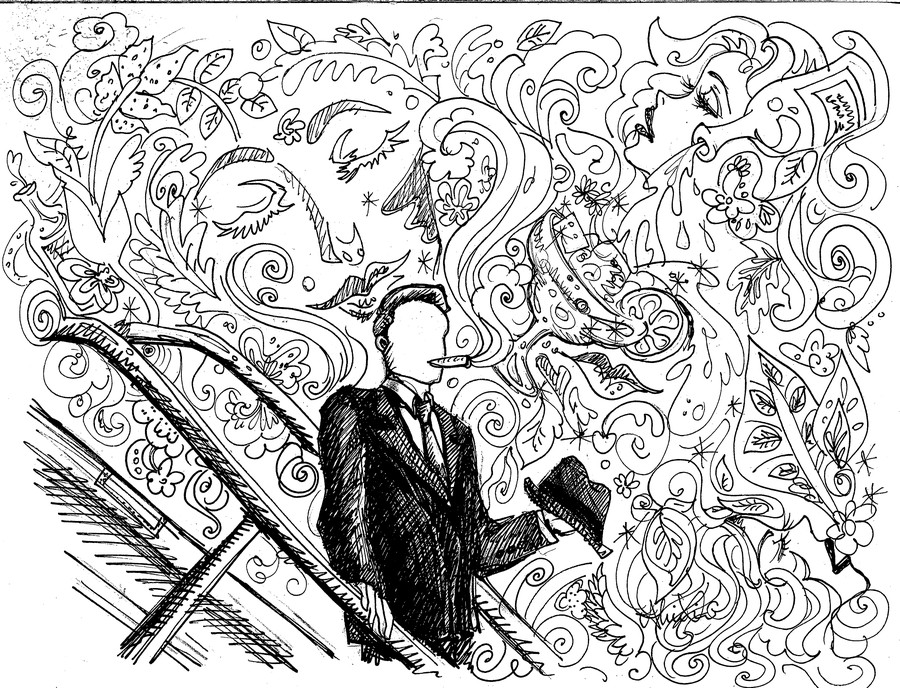 If you’ve ever described yourself as a Mad Men fan, or if you’re a professional television critic, odds are that you saw the first five seasons of the show plotting a consistent upward trend in quality. The energy and the stakes of the characters rose with those of their decade, and every successive season premiere and finale seemed to improve upon the last. For those of you who forgot, season five was the one that ended with Peggy’s departure from the agency and that surreal shot of a woman asking Don Draper, “Are you alone?” For those of you who don’t watch the show, Season Five was the reason so many of your Facebook friends posted links to a bizarre, upbeat French music video called “Zou Bisou Bisou.”

Season Six broke that trend. Disorder entered the fan camp. Outside of the A.V. Club’s glorified Chalk posts ( “reviews”), longtime lovers of the show in every level of cultural forum declared that Mad Men had “jumped the shark.” And whether you liked the last season or not, this next one seems like a continuation of this new pattern in every way. By Mad Men standards, the time jump between seasons is small, springing from Thanksgiving of 1968 to Richard Nixon’s inauguration on January 20, 1969. The characters are all pretty much where we left them, and the slow-burning dread established last year continues to smolder.

With this final season broken up into two parts à la Breaking Bad (the second of which will air in spring 2015), and a consistent arc between parts one and two, the tone set by Season Six might very well continue through to the end of the show’s run.

This is not to say that I expect this coming season to be hopelessly mired in the faults of the last. It may turn out that season six felt meandering and anti-climactic because it was only the set-up for a longer game. The bones of the show are still there, and they still impress. Mad Men season premieres tend to start slow, but this time the dialogue is as quick as ever. The show has lost none of its deft and surprising comedy, which is on full display in one-eyed Kenny’s failure to toss Joan her earring for lack of depth perception, as well as Roger Sterling’s hilariously self-centered refusal to let his daughter have the moral high ground (“No, Daddy, I forgive you.” “And I forgive you.”). Joan and Peggy’s story lines were easily the most dynamic this episode, but then they were also the only ones grounded in business. Does Roger even show up to work anymore?

Then, just when you think you’re seeing the reintroduction scene to beat them all—Don’s slide past the color-blocked tiling of LAX to the Spencer Davis Group’s “I’m a Man”—Megan one-ups him with a slow-motion glide toward the camera in her most glamorous late ’60s–actress outfit yet.

It can be hard to tell when Mad Men is taking itself seriously, but California Pastel Pete and Megan’s oily David Geffen–wannabe agent are just a few of the self-deprecating moments which prove the show’s brief moments of glamor are nothing more than a glitzy facade thrown over vast, existential emptiness—another instance of the show’s ability to build something up only to cut it down.

Another staple of Mad Men premieres is the ingenious full-circle scheme of their direction, a trick that Sunday’s episode might have pulled off better than any in the show’s history. Think of the arresting opening shot: the long zoom out from Freddy Rumsen’s brightly lit face, Don Draper’s words coming out of his puppet-like mouth without music to compete with the practiced monologue of the ritual pitch. Now compare that initial scene with the heartbreaking closing zoom out from Don’s lowest moment yet; character seated and centered in the same position, but this time dark and precarious against the New York skyline, the unspoken pain on his face drawn out by Vanilla Fudge’s swelling psychedelic cover of “You Keep Me Hangin’ On.”

These are the poles of Don Draper, of the show, and, in some sense, of the ’60s as a pop culture historical object: seduction and disgust, the cruise ship and the train wreck. If the coyotes baying through the canyons outside of Megan’s L.A. home or the ominous night-time intrusion of Frank Capra’s Lost Horizon opening are any indication, the train wreck will determine this season’s path. That may mean we have to watch the wheels slide off the tracks in slow motion right before the big collision.