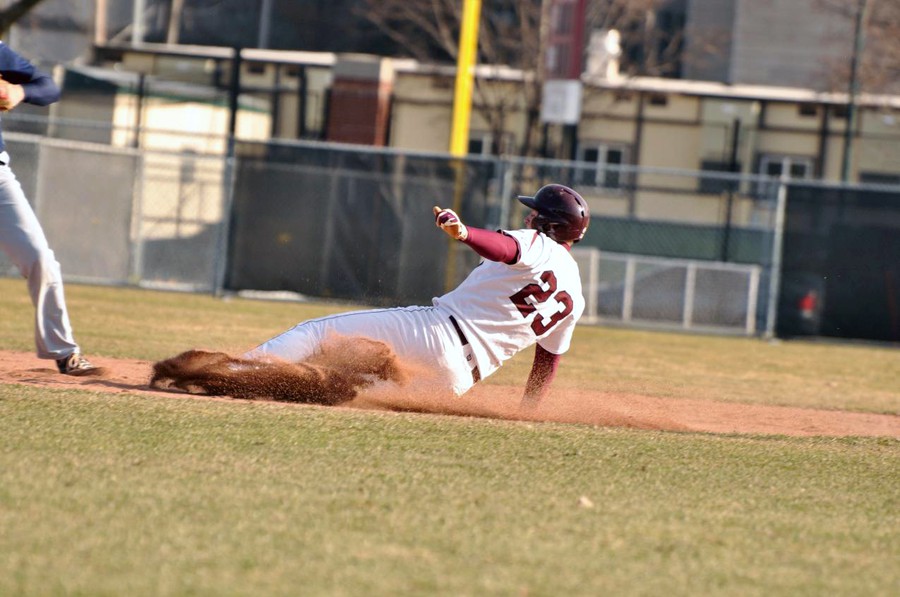 The Maroons’ victory over Beloit (12–9) this Saturday afternoon broke their three-game losing streak. The victory was short-lived, however, as Chicago lost its second game to Beloit and its third game of the weekend to Carthage (13–11).

The South Siders (5–17) came out victorious in their 10-inning game against Beloit, beating the Buccaneers 4–3. A solid pitching performance kept Chicago steady throughout the game.

“We got an outstanding pitching performance from our captain, [fourth-year] Alex Terry. He pitched deep into the game and well throughout and really put us in a great position to win,” said third-year second baseman Nate Wagner.

Terry tossed eight out of the game’s 10 innings.

First-year pitcher Thomas Prescott got himself onto first and advanced to second base with the help of third-year outfielder Edward Akers’ single. Then, it was first-year infielder Ryan Krob who brought in Prescott with a walk-off RBI single in the bottom of the tenth. Chicago’s win was a product of its combination of offense and defense.

“We came out really strong and excited to be playing in front of our home crowd on such a beautiful day,” Wagner said. “We put together a pretty complete game against Beloit in game one to get the win with timely hitting alongside our pitching and fielding.”

Unfortunately, game two against Beloit was characterized by Chicago’s many errors and a weak performance in the top of the seventh inning. The Maroons were unable to answer Beloit’s improved performance to get a second win.

“We fell apart when they scored nine runs in the seventh inning. We gave up a lot of walks and made too many errors in the field,” said first-year outfielder Nicholas Toomey.

“In the second game, Beloit came out stronger and really wanted to get the game two win, and so they were a bit sharper and more focused, and it led to a better executed and more mistake-free game,” Wagner said.

In the contest against Carthage, despite the strong pitching performance from Prescott, Chicago’s errors allowed the Red Men to increase their lead by three runs in the top of the ninth to end in a 4–0 defeat for Chicago.

“We had a fantastic pitching performance from Thomas Prescott, who really carried us and kept us in throughout the ballgame. He was also a big emotional leader in the dugout for us and got us focused on trying to help him out offensively,” Wagner said.

In its upcoming games against North Park and Rockford, Chicago hopes to imitate the focused mentality and energy that made game one against Beloit successful.

“Most games come down to one or two plays that affect how the rest of the game goes, both mentally and physically. As long as we can control these plays and set the tone early, we’ll have good games against both of those good teams [North Park and Rockford],” Wagner said.

The Maroons are optimistic that when they are able to put together all aspects of their game, their season can take a turning point.

“We’ve got to find our stroke [with hitting]. In general, we just need to be more consistent. If we played the way all of us are capable of, defensively, pitching-wise, and offensively, there is no reason our 5–17 record couldn’t be 17–5 right now,” said second-year catcher Tim Sonnefeldt.

Chicago takes on North Park at home Tuesday at 3 p.m. It will then face Rockford on the road on Wednesday at 4 p.m.