So Basically...: Not a gravesite 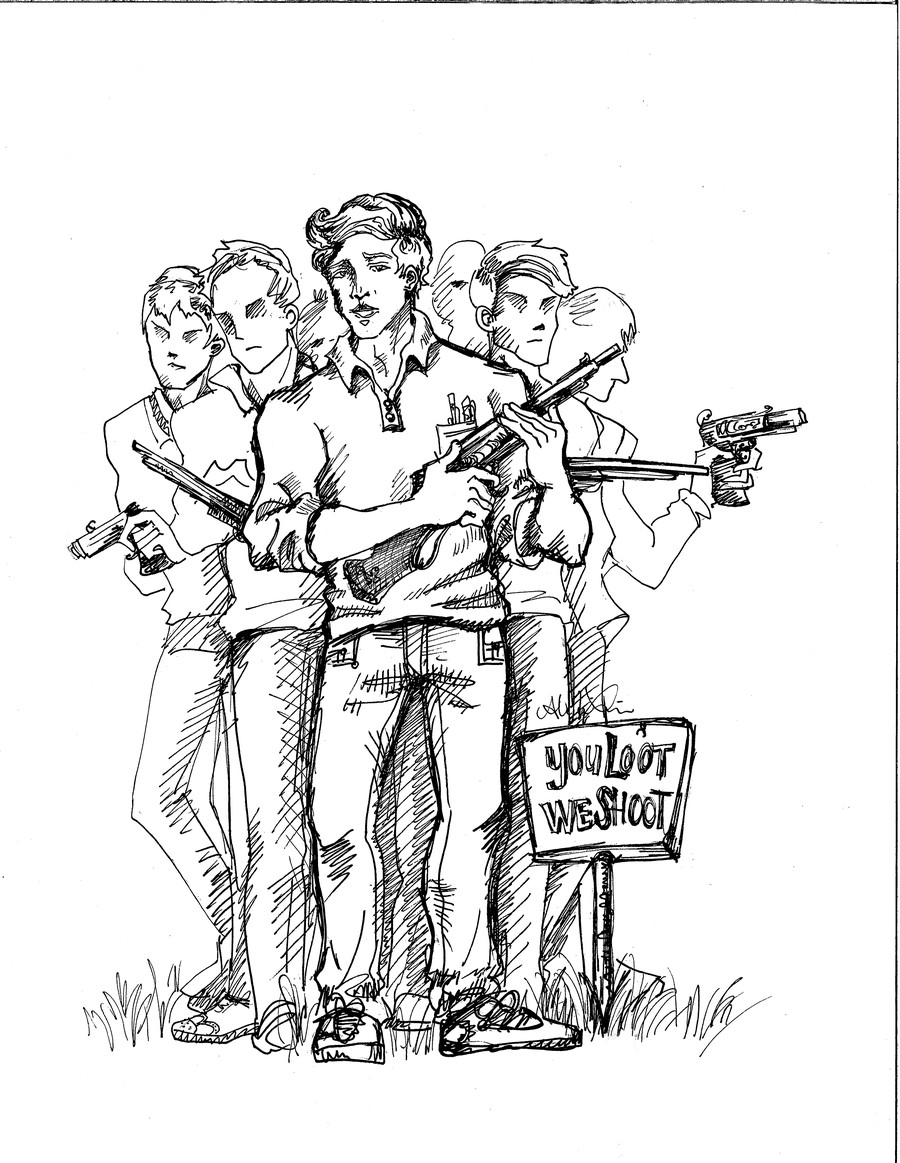 So I just met you and now you know I’m from New Orleans. Let’s talk about it.

The standard reaction I receive is to ask how I fared in The Hurricane.

How did I fare in The Hurricane?

In late July 2005, my family moved into our new house outside of New Orleans. On August 23, 2005, Hurricane Katrina put two trees through our roof and filled our house with rainwater.

Apparently, we had exceptionally bad timing.

We evacuated the same day Katrina hit land—the term “mandatory evacuation” hadn’t intimidated us until that morning. We headed to my grandmother’s house. We spent two days there, bought the last generator in all of eastern Texas, and headed back home. We spent one week without electricity and water, though the most painful part for me was the lack of air conditioning. We all slept together in the living room, with all the windows open. My dad joined the other fathers at night to stand guard with our BB gun next to their hand-painted “You loot, we shoot” sign at the entrance to our neighborhood. We had some food; we had some water. But there wasn’t any indication of how long we would have to last. Eventually my mom took me and my four siblings to stay with a friend in Alabama, where we enrolled in school.

We stayed away until the electricity was back on and the schools were reopened. We were back in our house in October. Our roof was fixed by that summer, though it still leaks intermittently. Everything back to normal, more or less. Some things still closed; some people still gone. That’s it. I was 12 years old and largely protected from the real horror of the situation, from the deaths and the lootings to the financial crisis that coincided with the need to patch a 10 by 10-foot hole in our roof. I was only 12.

I can’t succinctly explain the complex situation that is post-Katrina New Orleans. I can’t. Questions like, “Is everything pretty much back up and running?” can’t be answered. Yes. No. Sort of.

Who really wants to hear about trees in my roof and the mold under the carpeting? No one, it turns out. What they want is to tell me about when they went to New Orleans to work with Habitat for Humanity and that they remember when it was on the news all the time.

The situation isn’t beyond comprehension, obviously. You can try to understand New Orleans as it was and as it is now. Try to be sensitive to the people whose lives were washed away and who have rebuilt and are still rebuilding. Don’t tell me about the time you wanted to visit New Orleans, but decided to go somewhere else, and said to yourself, “New Orleans will always be there,” only to discover that it wasn’t true and that New Orleans had been wiped off the map for you.

New Orleans is so much more than some disaster site. It’s been nearly 10 years since Hurricane Katrina. There are things that have always been there, and there are new things, too. We could talk about any of them: from the myth of Bourbon Street to Mardi Gras shenanigans to food—please, let’s talk about the food—to the football to the music. The list goes on. I don’t want to spend a single minute more of my time dwelling on Hurricane Katrina. Even my story, which is so tame compared to others, depresses the hell out of me. New Orleans is a real, living, breathing place, not a gravesite. Let’s talk about it that way.

Kayleigh Voss is the blogger behind So Basically... She is a second-year in the College.