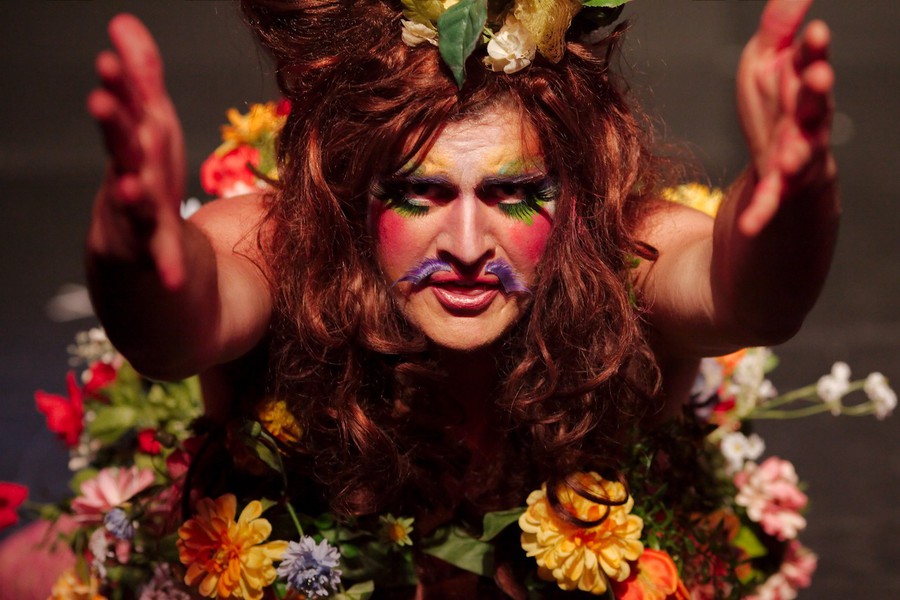 “We’re not saying that gay people should be obliterated from the face of the earth. I don’t hate homosexuals. I detest them, for their filthy ways,” intones Jamaican lawyer and politician Ernest Smith in Micah Fink’s documentary, The Abominable Crime, on homophobia in Jamaica.

Few U.S. citizens venture past the sandy beaches and expansive resort-hotels that cling to Jamaica’s shore like a cancer, and even if they did, they probably wouldn’t find a story that’s staring the world in the face: In Jamaica, nearly a third of the gay male community is currently infected with HIV, anti-sodomy laws are in place and widely enforced, and gay citizens are targets of violent abuse and discrimination. These and other factors have led major outlets like Time and The Guardian to label Jamaica as the most homophobic place on earth.

Fink’s documentary, The Abominable Crime, studies homosexuality in Jamaica from the inside, examining the tense relationship between gay Jamaicans and their country of origin. Fink travels to Jamaica, Canada, the Netherlands, the United Kingdom, and the United States to follow Simone, a Jamaican lesbian single mother brutally attacked and shot on the street for her sexual orientation, and Maurice, a human rights activist who fled the country after challenging an anti-sodomy law. Along the way, Fink chronicles the psychological struggle between national and personal identity.

This Thursday, Fink will bring The Abominable Crime to the University of Chicago’s Film Studies Center for a screening. Fink, who has garnered three Emmy nominations among other accolades, will be present for a brief Q&A session after the film. The Abominable Crime is presented on campus by the Center for International Studies and the Pulitzer Center for Crisis Reporting.

The spoken word and performance art collective Sister Spit: Next Generation performed in the Logan Center penthouse Sunday night, featuring an amalgamation of performances by artists, scholars, writers, and educators. Initially a space for radical feminist artists, Sister Spit began in 1997 with the launch of the first Sister Spit tour after being established as a weekly, all-female open mic series in San Francisco. The group has since expanded their territory to feature performers both male and female. Current Gray Center artist-in-residence Chase Joynt opened the evening for the touring lineup with Beth Lisick, Dia Felix, Chinaka Hodge, Virgie Tovar, Lenelle Moise, Rhiannon Argo, and Jerry Lee Abram. Their titles and accolades blur together as each has published books, a few have made films, many are poets, and all of them seem to be really great at these things; and people are noticing. The subject matter ranged from feminism, sexuality, and body image, to Michael Jackson and Eminem. The range of emotional response was likewise scattered. Some poems called forth tears, some received yells of support, and nearly all warranted laughter.

In commemoration of their final night, the show closed with a poem from Hodge that she wrote while watching the others perform. The experience of their tour seemed to be in that poem. If you watched the evening in reverse, the poem seemed like the perfect introduction or encapsulation of talent, friendship, and power of the group.

Although they’d been touring for weeks, the energy at Logan was that of a first show. One performer said she was missing the start of a Passover Seder dinner for the first time and another her anniversary. After living in close contact for a cross-country tour across the U.S., the performers positively sparkled; they were all sad to admit that this was their last night on the road together.